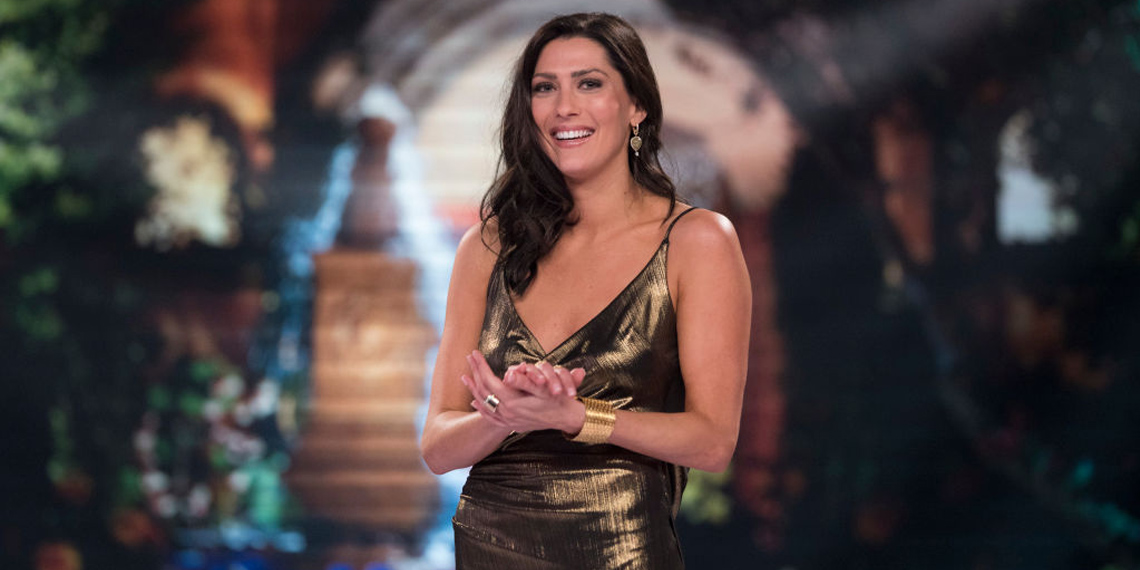 Today, the ABC gods have given us a major gift, in the form of the first promo for Becca’s Bachelorette season. Ever since Becca Kufrin got tragically dumped by Arie Luyendyk Jr. on national TV, I’ve wanted the best for her. And by that, I mean that I want her to go on The Bachelorette and find the fucking love of her life. Usually I’m the most cynical about these fucking shows, but Becca really just deserves a win. Becca’s Bachelorette promo is light on actual information about the upcoming season, but it gives us plenty of awkward footage of Becca that we need to discuss.

Becca’s Bachelorette promo starts with the footage of Arie’s ill-fated proposal to Becca, which I fully never need to see again in my life. That being said, ABC will definitely make me watch it at least 12 more times in the next six months, so I guess I’ll have to deal somehow (alcohol). Then, we cut to Becca, in all her strong, beautiful glory, wearing a gorgeous sequined bronze dress that she should wear every day of her life. She’s holding a heart with Arie’s face on it, which she breaks in half, signaling that she is fully over him and ready to find the love! of! her! life! I hate this corny show just as much as I love it, maybe more.

Becca generally just looks like the cameraman is yelling out different emotions at her, and she doesn’t really know what to do. She’s not an Oscar-winning actress, that’s for sure. My personal favorite moment, aside from that inexplicable slow blink, is her incredibly fake laugh toward the end, which is probably how she reacted when they asked her how she feels about Lauren. My second favorite moment is her dancing, which is a cross between mom at the club and a sorority recruitment video. Truly an aesthetic.

I also have some questions about the music choice. They use Kesha’s badass anthem “Woman,” which is great except for the normal chorus says “I’m a motherfucking woman.” Silly Kesha, you can’t say that on ABC! They switch it out for the word “independent,” which 1) sounds dumb, and 2) goes against the entire premise of The Bachelorette. Like, I’m glad Becca is happy and thriving, but giving up your job to go on a TV show to find a husband doesn’t exactly scream “independent woman.”

As Becca says (awkwardly) at the end of the promo, let’s do the damn thing! This season of The Bachelorette is coming soon, I can’t wait to meet the two dozen guys who will struggle to be good enough for the lovely, sweet, amazing Becca. And if any of these fucking douchebags do anything to hurt her, they will personally receive some very threatening DMs from me. Buckle up Betches, it’s Bachelorette season.