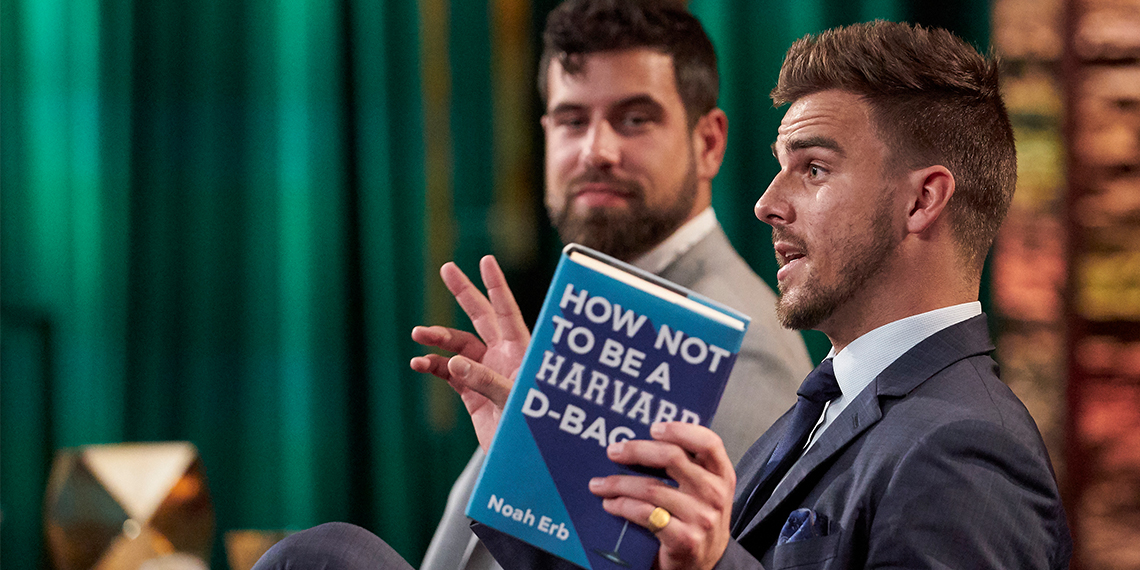 The Best ‘Bachelorette’ Recap You’ll Ever Read: It’s A Bloodbath

Welcome back to another riveting night of The Bachelorette! Obviously, I’m using the term “riveting” loosely here, as the only riveting things I’ve seen this season are the hoops ABC has made Chris Harrison jump through to secure his holiday bonus. Speaking of which, after two very lackluster episodes with JoJo playing host where she was the epitome of “sit here and look pretty” (come on, we all know it’s true!), Chris Harrison is back on set. He’s looking remarkably fresh-faced for a man who spent three days making trips back and forth to Target for random dorm things his son didn’t think he would need in college, like more than a single towel or one of those space-saving bins that rolls under your bed, and then another 14 days in ABC’s basement bunker as a “quarantine precaution.” Chris, you’re really doing amazing, sweetie!

This week is a big one for Tayshia because she’s somehow got to narrow down her crop of men from a number the CDC feels very uncomfortable about hanging out together indoors to four for Hometowns. And by “Hometowns”, I mean the clip art collage of popular things in said hometown that will make up the background of the patchy Zoom call with these dudes’ parents.

Seriously, I’ve seen less men at a 2019 Houston Hall happy hour. This is about to be a bloodbath. *turns up the volume on the carnage*

Before I jump into the rest of this recap I wanted to give a bit of a disclaimer: hold onto your hats boys and girls, because I’m shaking things up. Normally, I like to keep a meticulous record of each episode and transcribe every minute detail for your personal enjoyment (and so that my therapist can have a better understanding of where my trust issues lie). This week I’m not going to do that. Last night’s episode felt super weird and rushed through, so I’m going to give you a highlights reel. I figure if ABC has the audacity to air this season through the entire fall/winter holiday season, thereby forcing me to humiliate myself in front of my immediate family as I quietly make my case for why I should have ownership of the remote and try to convince my mother that The Bachelorette is somehow better TV than rerun episodes of Jeopardy, then I’m allowed a little leeway with the format of my recaps. Onward!

Things I Wish I Could Unsee: Blake’s Date

Blake’s date is perhaps the most shocking of the season because they are allowed to somehow leave the hotel’s premise for a date that is straight out of one of Spencer Pratt’s wet dreams. For this date, Tayshia and Blake are sent to the desert where a spiritual guide, who was most definitely not an actress, and super definitely not the actress who played the ghost in the haunted house episode, waved some crystals at them in an attempt to open their chakras.

Clearly this date was ABC giving Tayshia an easy out to dump Blake. Let’s be real: Blake has big group date energy but he was never going to make it to the end of the show, when the settings get more serious and intimate. Case in point: he gets a massive boner when an elderly lady tells him to concentrate on her crystal.

I think Tayshia was open to seeing if there was anything more to her connection with Blake, as she did come dressed for this date wearing approximately seven crystal rings on her fingers, one for every chakra. Alas, she looked deeply into his eyes and realized that he’s the kind of guy who is going to draw little cartoon dicks on every receipt, napkin, and loose piece of trash he can find. Look on the bright side, Tayshia! At least you know about his phallic obsession now before his mom let you peruse his middle school notebooks and you realized you were dating the self-proclaimed Picasso of dicks.

BLAKE AS A CHILD, I’M SURE:

Tayshia Is The New Human Fountain Formerly Known As Ashley I.

Going into this episode, I was pumped to see Tayshia slash and burn through her remaining men. The Romans had their gladiatorial games, I have my Bachelorette rose ceremonies. We all get our kicks somewhere. So, you can imagine my disappointment when instead I was treated to two hours of watching Tayshia’s emotional breakdowns, the likes of which have not been seen since Ashley I. cried over the Arby’s Manager she now calls her husband.

After sending Blake home, Tayshia realizes that she also needs to send Riley home. She does the compliment sandwich thing that I do when I’m trying to tell the 21-year-old intern that, while she did massively f*ck up the client’s copy, she also looks super cute today, girl! This goes over with Riley about how you’d expect. He seems upset and disappointed and honestly so am I. It seems like he should have gone further.

After sending him home, Tayshia wails “I’m sorry!!” at the fading headlights of the cab. It’s just melodramatic enough that I know she’ll be using this clip to show her “range” to future brands she wants to work with on IG.  I mean, it’s unclear what she’s sorry for exactly: wasting Riley’s time or forcing him out of the house in his slippers and jammies. I guess ABC will be FedExing him his luggage??

Tayshia’s reign of terror doesn’t end there. At the next rose ceremony she sends home both Bennett and Noah. This means Zac, Ben, Brendan, and Ivan will all be sharing their Hometowns with Tayshia via a Google Earth search.

The Men Tell Nothing And Yosef Is Still A Jerk

It’s interesting watching Chris Harrison host the Men Tell All in an empty hotel lobby. Half of what makes the Men Tell All so compelling is watching the men be skewered on stage by the withering stares of a studio audience full of wronged women. I suppose we’ll just have to hope the guys can feel our derisive stares through the television screen. Carry on.

The best one-liner of the evening comes from Noah, who screams at Kenny for apparently no reason at all: YOU ARE A ONE DIRECTION PARTY BOY MANAGER WEARING CAMO. Full disclosure: when he said that I screamed and threw my panties at the screen. Well, at least metaphorically. That’s the stuff that legends are made of.

Nothing else really happens during the Tell All—even the bloopers are boring as hell! The producers must have foreseen how much of a snooze fest this after show would be without a crowd full of bloodthirsty women hyped up on house chardonnay and the prospect of booing a room full of fancily dressed men. It’s the only reason for why they’d bring Yosef out when they’ve been trying so desperately to brush Clare’s season under the rug.

Chris offers Yosef a chance to apologize for his behavior and he takes the rope ABC lends him to metaphorically hang himself. He wants us all to know that he’s not sorry for his actions, he’s just trying to set an example for his daughter. How else is she ever going to know how sh*tty men are if she doesn’t watch her daddy verbally abuse a woman on national television?? He said what he said, okay!! Meanwhile, the other men double down on their stance that they were willing to humiliate themselves on national television for love. In fact, that was a part of the contract they all signed. Yosef, what did you sign exactly? Honestly, the real winner of this fight was Riley and his eye rolls.

And that’s all she wrote! Let’s hope Hometowns are more entertaining than whatever the hell I just watched on my television screen. Until then!