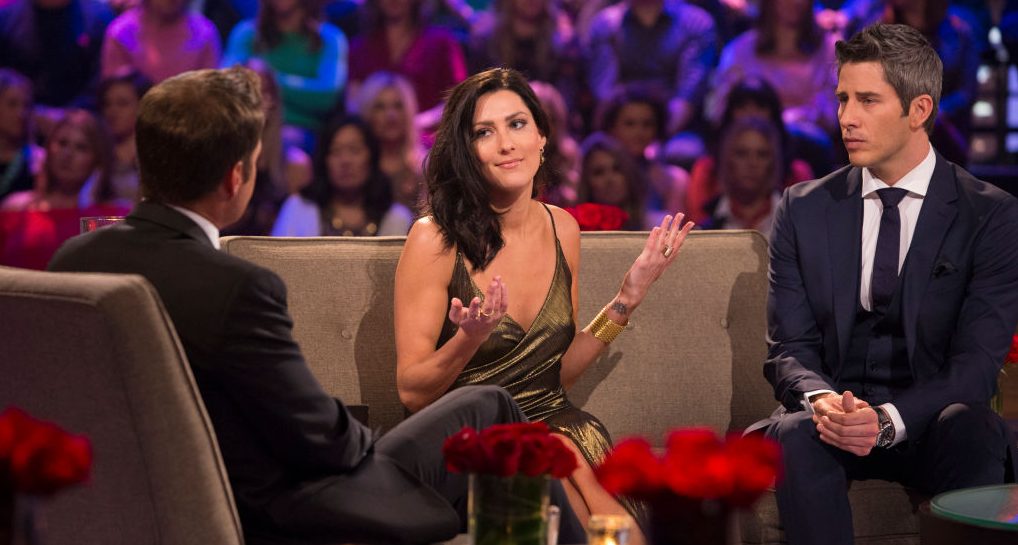 Mike Fleiss Is Tweeting ‘Bachelorette’ Spoilers For Night One

As much fun as it is to watch the drama unfold on The Bachelor and The Bachelorette in real time, it’s also pretty fun to come to wildly accurate conclusions based on spoilers released by the showrunners themselves. Enter Mike Fleiss’ Twitter account, which is already full of Bachelorette spoilers. Filming for Becca’s season is already underway, and Fleiss, the creator of our favorite guilty pleasure, has been tweeting Bachelorette spoilers for night one. Gird your loins, it’s about to get weird exactly how you’d expect it would get.

We’ve already met some of Becca’s potential suitors on night two of After The Final Rose. You know, when Becca’s ex-fiancé proposed to the girl he dumped her for while she was in the building. That night.

To recap: Becca met a British guy who talked WAY too much, Lincoln. She also met a guy who played her a weird song on the banjo. I don’t remember his name, but I feel like I want to call him Banjo Dave. JK. I looked it up and his name is Ryan, but “Banjo Ryan” doesn’t have the same ring to it, so Banjo Dave it is. She also met two average guys I don’t remember at all, and a guy with a horse. So now that we have met five guys, that only leaves (*does math slowly in head*) 25-ish guys for us to meet on night one.

Thankfully, we don’t have to wait that long to get more info on the rest of Becca’s potential suitors, since Mike Fleiss can’t keep his finger off the “tweet” button. Alright, let’s meet this stone cold pack of weirdos ready to take us on this “beautiful journey” with Becca.

Yes, there’s a man in a goddamned chicken costume, because we can only make it through one fucking season before someone returns to be the token costume person. Spoiler alert, the person who rocks the costume on night one never wins, but they are the person you’d most want to spend the night drinking with. Would you want to marry chicken guy? No. But you would hook up with him just for the story? Probably.

Next up in Bachelorette spoilers, we have sneaky snake Mike Fleiss trying to throw us a curve ball. Did you do a double-take to be like, “wait, no, that can’t be the herpes of the Bachelor franchise, Nick Viall, can it?” Because I sure did. Like, what’s his lispy ass doing infecting our TV screens again!?

Can’t believe one of Becca’s guys wore only a vest. No jacket. No bueno #TheBachelorette pic.twitter.com/rLb9haxZe6

Spoiler alert, that is Nick. But the photo is definitely not from Becca’s season. Thanks to my extensive research, i.e., looking at the replies to this tweet, I discovered it’s a photo from Andi’s season. You’re welcome. Also, never trust Mike Fleiss #lifelesson.

And here is the rest of the picture – from Andi’s season. pic.twitter.com/wqKVkpy3UM

Let’s dissect some of these other Bachelorette spoilers Fleiss tweeted out. TBH, they’re not really spoilers at all. They’re more, like, just facts any of us could have tweeted right now about what’s going to happen on the episode. Like, oh, someone arrives and leaves in an interesting way? Wow. Groundbreaking. Is someone also going to get too drunk and embarrass himself? Will two guys establish themselves as mortal enemies for no reason just to get more air time?  Will Becca mouth “Oh my god” to the camera after the hottest dude on the show walks in the house after they meet (cc: Darius)? Yes, yes, and a million times yes.

Mike also tweeted out a picture of some of the guys hanging out in the kitchen of the Bachelor mansion. We have pineapples, artichokes, and what looks to be like some sort of salsa—do with that information what you will. A taco night, perhaps? Or maybe the real takeaway here is that one of Becca’s contestants has a man bun. That might be more revealing, tbh—I thought we all agreed to get over man buns in 2016. This dude’s clearly not here for the right reasons.

Also, the other three guys in this picture are dressed like my dad going on an afternoon wine tasting in Sonoma. What can I say, I have daddy issues like that preppy dad look. Given what I know about The Bachelorette, there is a high probability that these dudes literally are waiting to go on an afternoon wine tasting in Sonoma. Just call me Reality Steve; I think I cracked these Bachelorette spoilers wide open.

Finally, we get this blurry, far-away photo that reveals a spoiler of what the Bachelor Mansion ceiling looks like. Cool.

We can’t really see faces thanks to the distance and quality of this photo, but you can definitely see some serious bicep action on that guy on the end. I don’t know if I’m more confused by the proportion of arm to muscle or the amount of ankle he’s showing. If we have any inclination of the type of guy Becca likes from good old Ross, it’s someone who has big muscles, no neck, and shows a lot of ankle. Whoever this mysterious gym rat is, I see him going far in this competition.

And how did Becca feel about all this man meat? An “insider” told Us magazine: “Becca felt great. She is someone who has a wide range of taste in guys, and this group didn’t disappoint her. Every guy is super into her and they all want to be the one to mend her heart. This was maybe the most competitive night one ever, and she really struggled in a good way with who to give the first impression rose as well as night one roses to.”

Great, now instead of the standard “the most dramatic season ever” we have to raise the bar to “the most competitive season ever.” I mean, honestly, I can see it. Becca had two dudes competing over her on The Bachelor. Of fucking course she’ll bring the drama on her own season. She basically turned The Bachelor into The Bachelorette when Ross showed up to confront Arie, anyway.

Of course, ABC hasn’t released the cast list for the show yet, so I can’t make the snap decision to say any of these guys are front-runners yet. But, let’s be clear, we already know it’s not the chicken guy.