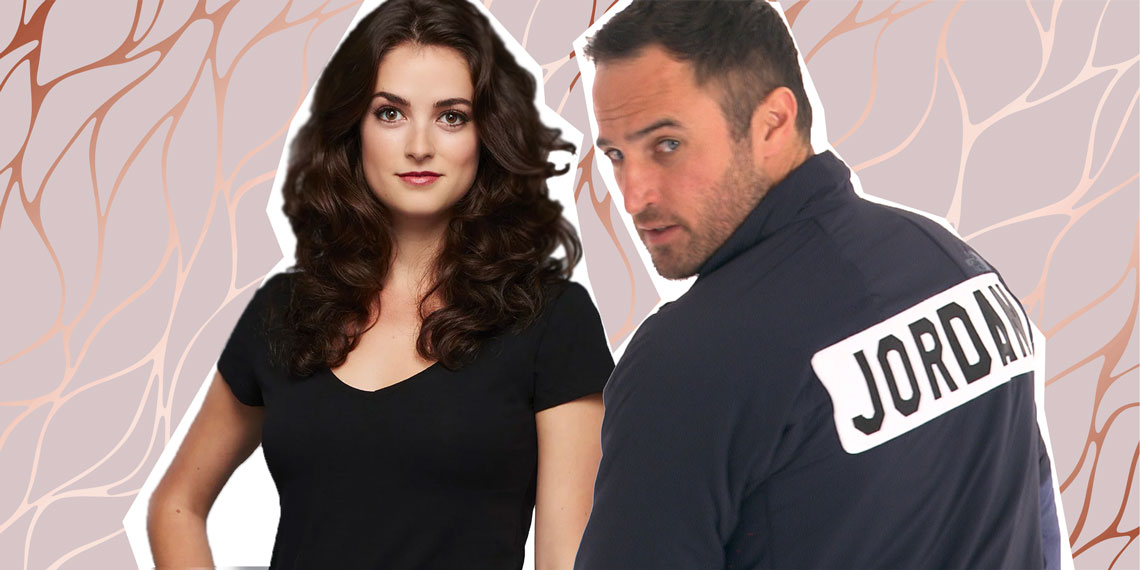 The Latest ‘Bachelor’ Nation Breakup Is So Dramatic And Weird

For the last few weeks, our Bachelor Nation energy has been firmly focused on the nightmare that is Jordan Kimball and Jenna Cooper’s relationship. From a feud with Reality Steve to an “extraction” device, Jenna has been a complete sh*tshow. But in today’s news, we’re reminded that there’s plenty of psycho to go around in the Paradise cast. Today’s drama is courtesy of Jacqueline and Jordan Mauger, who were apparently (maybe?) a couple until recently. We never wrote an article about them, because in the time that would have taken, their relationship has completely fallen apart. As a quick refresher, Jacqueline was the girl on Arie’s season who was too smart to be there, and Jordan is New Zealand Jordan who appeared on Bachelor: Winter Games.

The first evidence of their relationship appeared a few weeks ago, when Jordan Instagrammed a photo of him and Jacqueline kissing at Burning Man. Ah yes, because all great loves begin in the desert when you’re wearing a corset, tutu, and a blue wig. Soon after that, Jacqueline gushed about Jordan in a post on Reddit: “he is just…good for me. He deals well with neurotic people. My favorite thing about Jordan is his maturity. He is incredibly patient and supportive. He is the least pretentious person I’ve ever met. He knows who he is.” Wow, this seems surprisingly deep for two people who met on a reality show. But as Nelly Furtado taught me many years ago, all good things come to an end.

A couple days ago, people noticed that Jordan had changed the caption on the photo, adding a “not” to the end. This is obviously a very emotionally mature way of acknowledging the end of a relationship, but then Jordan went and just deleted the photo before long. Thanks to the power of screenshots, here it is:

Life & Style got comments from both Jordan and Jacqueline, and I’m so thankful. Jacqueline kept it simple, saying “It’s been a very sad few days. I’m not doing great.” Aw. Jordan’s comments were brief, but a little more interesting, saying, “We all eat lies when our hearts are hungry,” followed by a bunch of broken heart emojis. I’m sorry, WHAT? That might be the most alarming sentence I’ve ever read, and I read Fifty Shades of Grey when I was 15. Did Jordan read that on a mug somewhere? Has he been spending too much time on Pinterest? I need to know.

After both parties made their initial comments, things continued to get more interesting. Someone posted on Reddit that Jacqueline had cheated on Jordan, and this was the reason for the split. The post was later taken down, and those claims were unverified, but the damage was done. Someone DMed Jordan to ask about the allegations, and he respectfully declined to talk about it, telling the DMer, “I’m really trying to recover from all this. It’s very heartbreaking. I hope you understand I don’t really want to go into it.” But of course, the person who DMed him then posted a screenshot of that conversation, so he talked to Life & Style again. Oh god, this dude is just as thirsty as all of them. He told them, “This situation is more complex and deeper than people know. I’m not entirely sure how Reddit works, but I’m sure it is very upsetting for Jacqueline as she uses it regularly. I’d respect if we could be left alone to recover from this by ourselves.”

Lmao, is he low-key dragging her for using Reddit? Either way, he’s really saying a lot for someone who claims he wants to be left alone. Aaaaand because famewhores gonna famewhore, Jacqueline also talked to Life & Style for a second time. “None of that comment is true. It’s someone who wrote a rumor I was able to disprove. Jordan is mad about a totally different topic. Jordan and I were never in a relationship. We were getting to know each other and discovering what could be possible between us.”

Okay, is anyone else confused? Jacqueline says she and Jordan were never in a relationship, and I’m thinking that they are on very different pages about that. Wow, and usually when I have a breakup, it’s the man who denies we were ever officially together in the first place, even though I MET YOUR PARENTS!! Anyway, good on Jacqueline for bucking gender norms. Whatever, both of these people are probably nuts.

So things may be over for Jacqueline and Jordan, but it’s likely only a matter of time before another couple in Bachelor Nation blesses us with a ridiculous mess. It just never ends with these crazies.