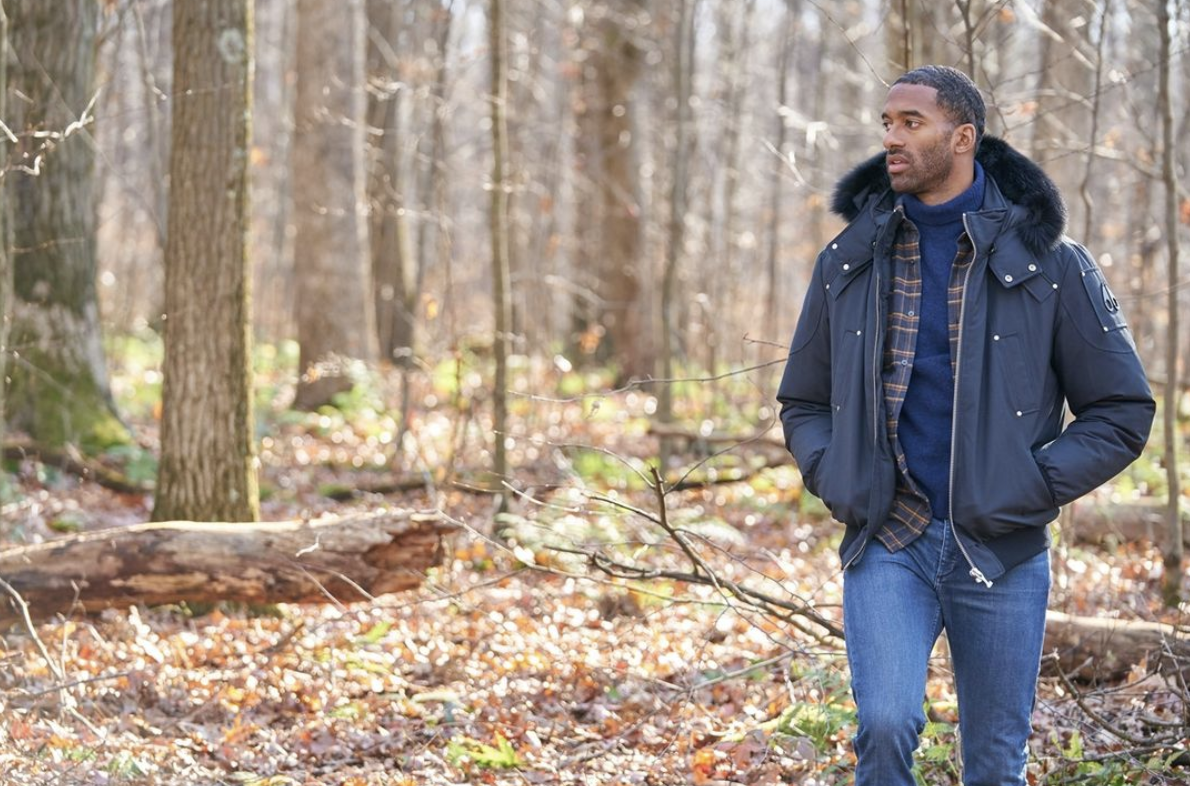 The Best ‘Bachelor’ Recap You’ll Ever Read: Fantasy Suites Or House Of Horrors?

Happy International Women’s Day, people!! What better way to celebrate empowering women than by watching a conventionally attractive man rail three of them in one weekend? That’s right: Fantasy Suites are here! If it feels weird to watch what is essentially a three-day orgy take place during the height of a pandemic—you’re not alone in those feelings! Never mind that Heather probably had to undergo more testing to drive that minivan within five feet of production than any of these people will have had before they swap bodily fluids for 72 hours straight. But you know, cheers to love and all of that.

Two weeks ago, Matt narrowed his group of women down to the final three: Michelle, Bri, and Rachael. But before we get to the sex, Matt tells us he can’t move forward in his Bachelor journey without first solving his daddy issues. Um, Matt, I’m glad you’re working on yourself and all of that, but don’t you think you should have worked on those intimacy issues before coming on a show that ends in a rapid-speed engagement? It took me and my therapist an entire year just to talk through the time the samples boy at Costco did not return my flirting, and you think one ambush is gonna cut it?

Okay, Matt is even gigantic compared to his own father. How is he so tall? He could fit his dad in the pocket of his jeggings!

MATT: You cheated on my mom and that has permanently altered the way I trust people and engage in romantic relationships.
MATT’S DAD:

This conversation feels very… not staged. I’m shocked. Matt is being open and vulnerable. At one point he cries in the interview room. This is the most emotion I’ve seen out of him all season, and I’m including the time he almost killed Bri with a dune buggy.

I’m not sure what Matt was hoping to get from this conversation, but their talk ends amicably. Matt’s dad says he’s going to try more. Matt says he’ll try more too—he’ll try more to muster up the energy to pretend to want to bang those three women who are in love with him. All is right in the world.

Now that Matt got the Chuck E. Cheese thing out of his system, he’s ready to make sweet, sweet love to the longest-limbed human I’ve ever seen. You can tell Matt is really into Michelle because he came dressed to the date wearing jeans that are actually painted on him. Matthew! Save something for the bedroom, buddy!

For the day portion of the date, Matt takes Michelle to the Pennsylvania Dutch Spa. I think this is supposed to be relaxing and romantic, a way for Matt to literally butter Michelle up before she finds out in the fantasy suite that Matt’s open-eye kissing thing extends to other parts of the bedroom as well…

Okay, I’ve never watched a fantasy suite date before that made me this nervous for a girl’s pH levels. They’re pouring hot butter on each other, rubbing oatmeal into every crevice of their bodies, soaking in baths of what I assume is unpasteurized milk—this entire date is a cautionary tale my gyno told me to scare me about getting UTIs.

The more Matt and Michelle talk, the more I feel like they are pretty perfect for each other, which I’m sure means Matt will run as fast and as far away from her as possible. Michelle talks about how her parents taught her to model healthy, loving relationships. Matt says he didn’t have that growing up, but Michelle still thinks he’s her person anyway. I really want these two to work out. I mean, with wingspans like that, if they ever procreate their children could reform Mt. Olympus! Think of the possibilities!

More evidence that Matt is super into Michelle: He shows up to dinner showing zero skin from the chin down. Seriously, where does this man shop? How does one amass a wardrobe that consists of turtlenecks and skinny jeans and almost nothing else? ABC, I need answers!

MICHELLE: I would truly love the opportunity to get to know you better.
ALSO MICHELLE:

Michelle accepts the overnight invitation, and BOY, to be a fly on the wall when she explains this to her fourth graders in a few weeks. I’m sure little Ethan will ask her the hard questions again, like if she came or if she just moaned a few times until he stopped jabbing the walls of her uterine lining and called it a day.

Okay, why does this morning after look so tame? They’re lounging on the bed and Michelle is wearing an entire outfit underneath that silk robe. The only signs of any intense ardor is a singular rumpled pillow on the ground. Like, did they lose sleep having hot sex or because Michelle taught him the song to remember all the U.S. Presidents? I honestly can’t tell.

Bri’s up next, and she’s about as confident about her place in Matt’s heart as I am that I can pull off mom jeans. She was his last pick at the last rose ceremony, and thinks that might be an indicator of where their relationship ranks compared to his with the other girls. I’m not going to say this is all in her head, because the “fantasy” date he has planned for her involves hiking boots and a tent from Costco’s summer sale. Like, she knows you already rubbed hundreds of dollars worth of raw milk all over Michelle’s supple body yesterday, and you think she’s not gonna judge that y’all’s first time involved thermal underwear and a rock wedged in her spine?

BRI: You know how to pitch a tent?

I have a feeling she is not talking about where they’re going to sleep tonight. No one could “pitch a tent” in pants that tight.

Oh okay, phew. Bri is allowed out of Matt’s Blair Witch Project and taken on some semblance of a real date. For the evening portion he takes her to an actual dinner at a place with an actual roof over their heads. A far cry from the boiled water and power bar situation Bri was probably envisioning hours earlier.

Wow, Bri looks absolutely stunning this evening. I wish I could wear a dress like that and not have to be encased in head-to-toe Spanx or undergo some sort of structural engineering with Kim K’s body tape.

Matt and Bri bond over their absentee fathers, and he is really using this same story to get into all of their pants. Like, no script change or anything from when he gave this speech to Michelle. Bold. I guess this is the least his dad could do for him. He didn’t need quality time, he just needed this story to recycle in case he ever felt like getting laid.

Okay, Bri understands what to pack for a night alone with your man. The cameras cut to their morning after and she’s draped in lace and silk. She’s cooking breakfast with pants that have slits up to her vagine. She’s pulling out alllll the stops. I just really wish I could see this for her. I think Matt is attracted to her and understands her, but they’re almost too similar or something. I don’t think he wants to end up with someone who has a similar family situation. But perhaps I’m reading too much into these strangers’ lives.

Rachael is last this week, which I’m convinced was a strategic move on production’s part so the viewers back home could watch her slowly come apart at the seams over the last 90 minutes of this episode. I will say, her crying and pouting routine is really showing her age. What? You’re telling me you’ve never slept with a guy who’s actively sleeping with other people while he’s emotionally invested in you? What are you, 12? Grow up.

Rachael asks Matt how he’s been, and boy, is that a loaded question. Matt can tell that Rachael is being weird and he has questions. Well, get in line, buddy, because so do I. First up: what’s going on with the cut-out of that crop top? Why the belly button? Is it a Gen Z thing? Is the U-shape important? ABC, I need answers!

Okay, Rachael is being reallll pouty on this date. She freaks out halfway through their ceramics activity and pulls Matt aside to talk privately. Nothing is more of a mood killer than insecurity, let me tell you.

RACHAEL: This week is the lowest I’ve ever felt.
MATT: Well if it makes you feel any better, Bri had to pitch my tent for me!

Matt, she doesn’t want to hear about your handjobs! Keep that stuff to yourself.

I just don’t understand why Rachael is so freaked out. She just graduated college, like, yesterday. Surely casual sex is a culture she can understand!

By the evening portion of the date, Rachael has completely forgotten about the fact that Matt has swapped more bodily fluids in the past 72 hours than a Walgreens COVID test kiosk. Rachael shows up to the dinner in a hot little red number that has Matt actually licking his lips at the sight of her. Vomit.

I think he knows she’s really hot and really into him and it’s giving him the craziest boner. Also, watching him be so into Rachael, who (all controversies aside) is clearly the youngest and most immature out of the ladies he has left, is making me think less of him. If this is the kind of girl he wants to pursue, then he’s not ready for marriage. YOU’RE A SHAM.

We don’t even get a morning after from Matt and Rachael’s date, and that’s how you know the sex was good. They couldn’t even tame it down for the cameras. I’m imagining Rachael staggering out of that suite, her neck raw from Matt’s turtleneck chafing. It’s best that footage remains in the vault, I think.

Instead, we jump straight into the rose ceremony. All of the ladies are decked out in black, which I can only assume is because they are mourning the loss of their dignity. Carry on, gals.

And that’s all she wrote, kids! See you next week for the epic finale to a season that definitely wasn’t already spoiled for us five weeks ago. Until then!