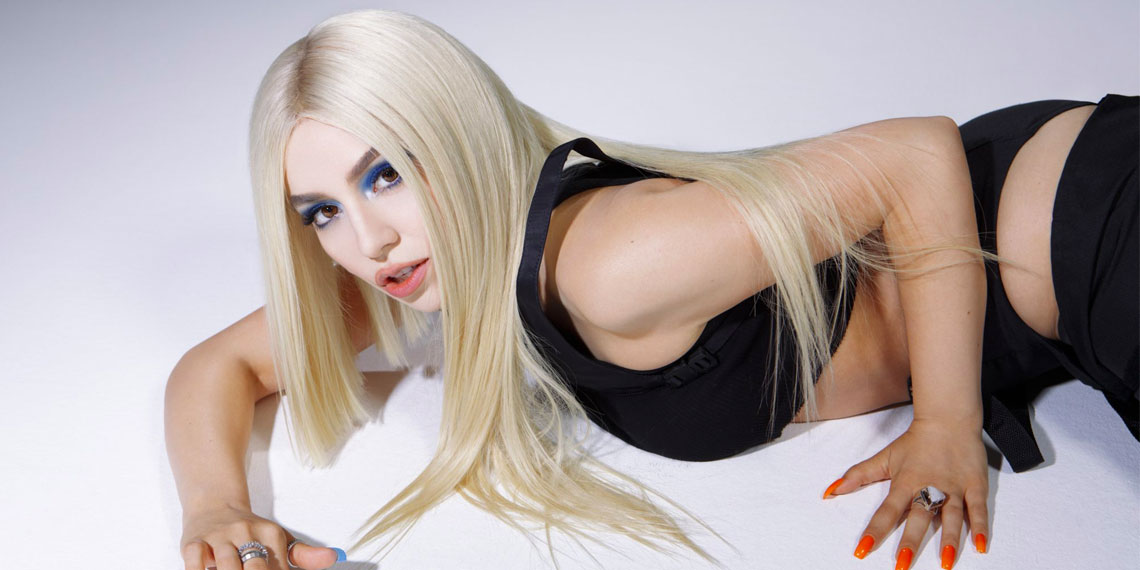 Ava Max is cool. Almost too cool and chill to be the same 26-year-old who has a global smash hit already under her belt and a highly anticipated debut album, Heaven & Hell, out now on Atlantic Records. In a pop music climate that is currently filled with whispers over beats, Max brings a flare of the classic pop music you know and love from B.T. (before TikTok) with a modern twist. Her premiere album, Heaven & Hell, feels like the perfect introduction to who Ava is both as a person and an artist: fun and feisty, with zero plans of slowing down any time soon.

There have been multiple times where a debut single skyrockets its singer to an unexpected level of instant success—like Instant Ramen, but Instant Record Deals. These overnight sensations seem to just happen by sheer luck, but what you don’t usually hear about is the hard work that predates it: “It’s weird because I’ve been trying to make it for a very long time, and at the end of the day, I’m just grateful people actually care about my music and relate to my music and I just want to inspire people.” Another thing that oftentimes is missing from these stories? A follow-up release to continue their momentum. Here, Max can sleep easily with “Kings & Queens” making its way up the charts and raking in over 244 million streams on Spotify.

“Once ‘Sweet But Psycho’ came out I didn’t really have time to work on an album because I went straight to tour,” Max says. While many artists recently, like Ellie Goulding and Katy Perry, talk openly about the inevitable fatigue that comes from the ride of celebrity, it seems that Ava is already taking the steps to make sure she doesn’t burn out: “It’s all about taking it easy and not forcing yourself to do something at that moment. I really believe in manifesting and if you’re not feeling it at the moment, let it go.”

Letting go may be easy when it comes to putting the proverbial pen and paper away for the day and taking a break from work, but a tad bit harder when it comes to getting over that person you can’t just seem to get over, a topic that we all definitely face, and one that Max faces head-on in her art. She revealed that one of her new songs, “Rumors”, “was a last-minute addition—it’s a fun song on the hell side, about how I hear so many rumors about this person but I’m still ending up in his room .” Who can’t relate? She also gave some slight hints that if, after this album, you’re already begging for more Ava, not to worry—a deluxe version will definitely be on its way soon.

Avatars (the name her fans lovingly gave themselves, although I’d love to pitch them Maxxinistas), may find themselves falling head over heels for Ava Max’s music because of how instantly they relate the lyrics in her songs—something that Ava says is one of the most important parts of music to her.

“Lyrics are all that matters. You have to relate to people. Literally, I don’t know how to explain it but lyrics have made a difference in my life.” Her love of lyrics predates her musical career and goes all the way back to when she was growing up listening to the divas of the early 2000s. I mean, who hasn’t belted “Stronger (What Doesn’t Kill You)” in a shower, or car ride, or karaoke bar? While I didn’t ask Ava if that tune was in her karaoke rotation, she said it was definitely one of the songs in the past that she wished she wrote because “it’s just too good.” Touching on her own lyrics, Max said that the track “Naked” on the album will give fans a glimpse of a different side of her—one they haven’t seen before.

As with any conversation in 2020, the topic of quarantine had to inevitably come up. “The best thing I learned about myself in quarantine is patience.” She also said that she realized she “likes to eat more than most people I know,” and at that moment, I’ve never related to a pop star more. While she is practicing patience during this time of lockdown, she’s skipped the sourdough starter kits and went on to not only record a new song for the album (“Heaven”, the opener, was done in lockdown) but also record some new music videos that will accompany the album, a process she said was really fun but of course, extra stressful in these times when your glam preparation also involves a COVID test.

When asked to pair this album with a cocktail—because this year we could all use a drink—the singer quickly answered with a jalapeño mojito, because “it’s kinda spicy, psycho, crazy.” But of course, it has a little sweetness. I’ll drink to that. And I’m sure Ava may want a cocktail in hand after the release of her album, both to celebrate “the project being out in the world and no longer mine, but the fans’” but also because with her debut album, she admits, “I’m nervous and I wonder how it’s gonna come across so I have all these thoughts in my head. It’s a rollercoaster of emotion.” After listening to the album, I feel she has nothing to worry about.

Without jinxing anything, I did slightly mention what she would do if she was nominated for a Grammy this year: “I would vomit. I would feel nauseous, sick to my stomach, and not know what to say. I would feel so grateful—I’d still feel grateful even if I don’t get anything like that.” My advice to Ava is to get the Pepto Bismol ready because if the Recording Academy has any sense, we’ll be seeing her on that stage soon, most likely thanking her childhood chihuahua that she says she loved and her family.

Heaven & Hell by Ava Max is out now on all platforms.