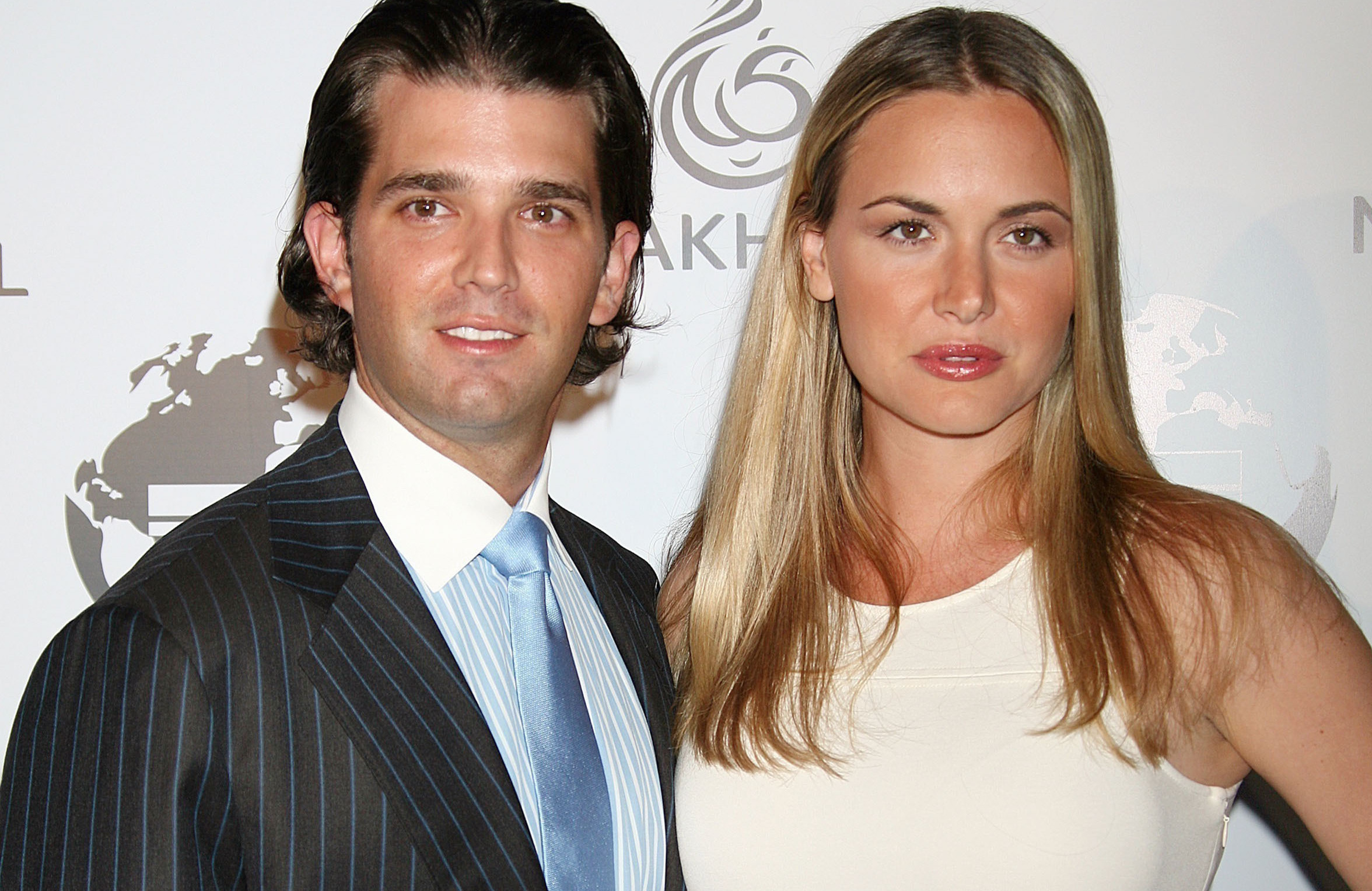 Every breakup deserves an anthem. I mean, look at T-Swift. That girl made a career out of breakup songs. She is definitely queen of the not so subtle references to her exes, but Donald Trump Jr.’s supposed mistress, Aubrey O’Day, is def giving her a run for her money. After it came out that Don Jr. and his wife Vanessa were getting a divorce, it also came out that he allegedly carried on an affair with Danity Kane singer and former Apprentice contestant, Aubrey O’Day. After rumors of O’Day and – I think I’m gonna be sick – Donald Trump, Jr.’s affair, TMZ (God bless you, TMZ) went back and uncovered this video of O’Day covering Gotye’s “Somebody That I Used To Know,” with revamped lyrics that seem v. Trumpy.

So what exactly are the lyrics in question? Let’s break them down…

*Disclaimer: If you get grossed out easily, by the thought of these two getting it on, read this on an empty stomach.*

Now and then I think of when we were together
Like when you told me that your marriage was a lie (That sounds like a Trump…)
Told me that I brought you back to life
Couldn’t live without me by your side
Didn’t care about the sex, you begged to fuck my mind (No. No.)

You can get addicted to a certain kind of madness
You’d love to be a man your life just won’t allow (ok true)
You said that was the reason for your pain
But you were scared to ruin your family’s name (Daddy did that first, anyway)
Your wife’s the only one glad we are over (Hi Vanessa – glad you go out.)

So this sounds like a super effed up relationship, with a heavy dose of mind fucking and “that certain kind of madness”. To make things even more dramatic the music video that O’Day failed to finish for the song includes her naked with words like “loyalty”, “hate” and “seduce” written on her. Thanks to TMZ you can view the video. The only good part about this whole story is that Vanessa has filed for divorce and can go on living her life separately from Trump, Jr. just like she’s been doing for the last couple of years.

As we all know, what happens on Celebrity Apprentice doesn’t stay there, so it’s no surprise that this eventually came out. We are just sorry that DJ Pauly D had to find out his ex used to get with Trump, Jr. before him, because he’s kind of a grenade. BTW this is only the latest in a number of scandals involving the Trump family’s personal lives and honestly I’m just waiting for Stormy Daniels to release a mixtape about her and the President or better yet a sex tape proving it happened… America is so great!