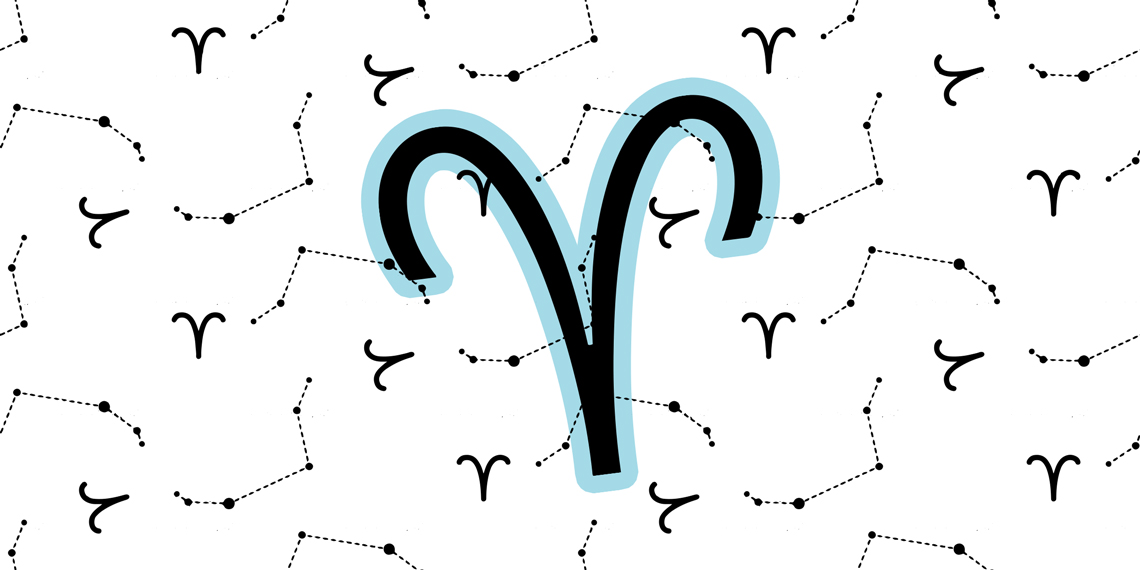 In our ongoing efforts to make astrology the most widely accepted religion of 2018, we present to you our new sign season horoscopes. Every month we’ll spotlight the sign of the season and give you a preview of what their four week-long birthday celebration will look like. This month it’s time for the Aries horoscope. Another reason to waste time at work while reading about yourself? The greatest birthday gift of all.

Welcome to Aries horoscope season, friends. It’s that horrifying time from March 21st to April 19th where your Aries friends, who are already living their lives at a near-constant all caps, are even more aggressive than usual. It’s a wild and frightening time to be alive.

Not sure if you know an Aries? Here are some telltale signs:

In short? RIP to the rest of us. Aries, here’s to you. Don’t ever stop being the absolute most—not that you could if you tried.

Happy Birthday Aries! Your favorite season coincides with the Spring Equinox this year, which means the theme of the Aries horoscope for the next month or so is new beginnings. Blacked out last weekend and embarrassed yourself in front of coworkers? Doesn’t matter. Triple texted some guy on Monday and still got left on read? Clean slate. Ate an entire pint of ice cream last night in an attempt to reconcile your feelings about your fleeting youth and imminent mortality? WHO CARES. FRESH START.

Some minor slip-ups earlier in the year have had you feeling uneasy at work, but they are a thing of the past. The next few weeks will present opportunities for you to prove yourself to both your colleagues and your boss, so it’s time to step up. Start showing up to work 20 minutes earlier than usual to present the façade of someone who has their shit together. Try and keep your style game on point, opting to perhaps style your hair rather than dousing it in dry shampoo and rolling out the door. A little effort goes a long way, and does not go unnoticed by the people who matter.

Take full advantage of the fresh start that the nature has gifted you by abandoning every piece of shit guy you’ve been wasting your time on. Let that Aries fire really run wild here. No man, woman, or catfish is safe.

Delete swiping apps off your phone. For real. Clear out the numbers of people you only hit up when you’re drunk and feeling bad about yourself. Cut ties with that one person who’s had a hold on you for months now, to no avail. If it was supposed to happen, it would have happened already. This mini-cleanse will put you in the perfect mindset to open yourself up to meeting new people.

Sadly, the Aries horoscope has no jurisdiction in the world of banking, which means we can’t declare a clean slate on your bank account. But fear not, the beginning of spring brings with it a newfound sense of responsibility, which means you’re more likely to put some serious thought into what you’re spending money on. Seems counterintuitive to a birthday, but trust me. For the next few weeks, opt for eating in and cutting back when you can so that you can go all in for your birthday weekend without any kind of guilt hangover.

What to Look Out For

While your new mindset and clean slate lifestyle is refreshing, not everyone may hold the same opinion. Be wary of people who try and drag you back to old ways, or worse, insist on reminding you of old mistakes. We’ve all fucked up, we’ve all said stupid things, and we all will continue to do so. Just hold your head high and work on looking forward, and let those people sit and suffer in their past.