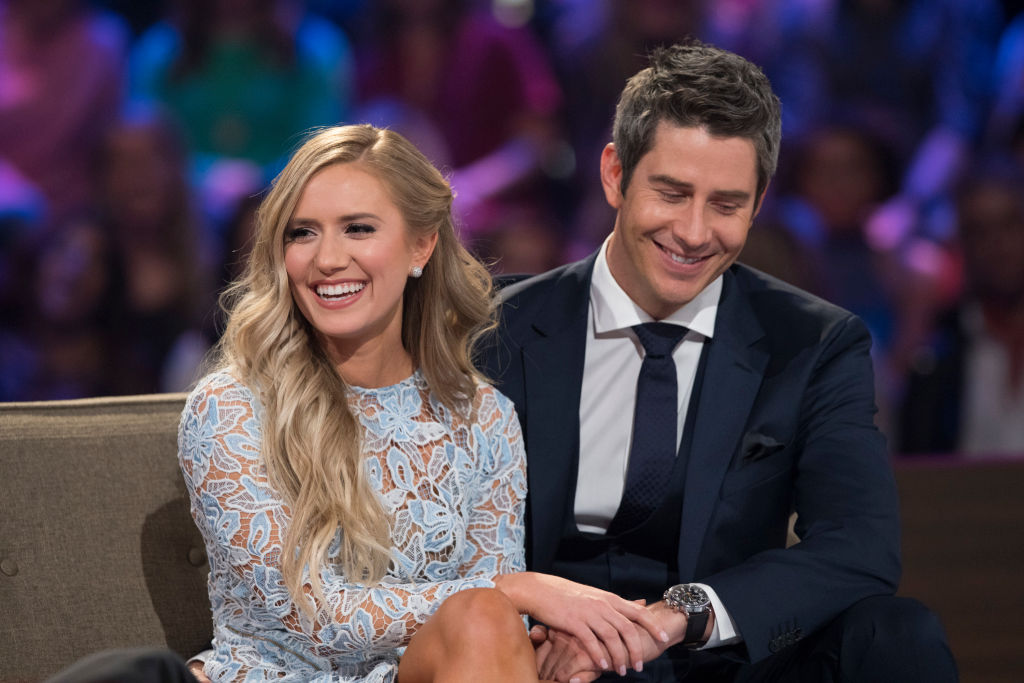 I know, I know, y’all thought we were finally done talking about the most boring Bachelor season of all time. Well folks, I also thought that come springtime I would no longer get snowed on INSIDE the fucking subway platform, but we can’t always get what we want, can we? Anyway, when Arie and his animatronic fiancée, Lauren got engaged on After the Final Rose, it seemed that even they could sense the homicidal vibe in the audience and in my living room. So they announced that they would be taking a hiatus from social media, and Bekah M giggled maniacally to herself imagining all the extra Insta followers she would pick up in their absence. But the problem with casting dummies for a national reality TV show is that they most certainly don’t know the meaning of the word hiatus (it means a pause or gap, sweetie, look it up). Arie and Lauren have been posting on social media, and somebody needs to call them out on it.

Not only did the golden couple lie to us, but they have been extra af with their posts during this supposed hiatus. And look, I understand why they didn’t stop posting. Lauren definitely only went on the show for the Insta fame, and I’m sure she holds those 500,000 new followers close at night while she cries quietly to herself and wonders why she accepted a proposal from the poor man’s Zach Braff. And Arie has to keep posting because he heard that’s what millennials do. Lauren, she keeps him young. But, as I told my ex-boyfriend before I almost set his house on fire, I just don’t appreciate being lied to, okay? So, since I don’t want you to have to give up any precious follows to these morons, I’ve generously rounded up the most gag-worthy shit #Larie has posted on social media since their vow to take a break. You’re welcome.

It’s been magical, love. So sad to leave our little piece of heaven here in Barcelona. It’s been nothing short of amazing.???? @iberostar

As Lauren would say, “wow.” What a beautiful and revolting shot. I guess Arie and Lauren didn’t get their fill of free vacations during the show, because this trip is clearly sponsored by the fancy hotel they’re staying in. Aren’t they supposed to indicate that, BTW? Isn’t not doing so illegal?

Also, who took this photo for them? Did they drag some poor soul up to the roof of this hotel to watch the infamous kissing bandit tongue his second fiancée of the year? Just FYI Arie and Lauren, not everyone with a camera is there for you anymore. They could just be a tourist on a vacation they paid for themselves. Imagine!!

One of the top 5 coolest things I’ve ever done. Thanks for the rides @ariejr and @andrettimario ????

Now we’ve gotten to the obligatory IndyCar photoshoot portion of Arie’s relationship. This post includes both a video and some pictures from the trip Arie and Lauren took to the race track. Not shockingly, all we hear Lauren say in the video is “so cool” and “thank you.” I’m impressed that she has expanded her vocabulary so much since the show! Snaps for Lauren.

I also find nothing more annoyingly nauseating than couples that dress alike. I don’t care if that’s some protective gear, I’d rather go up in flames than dress in the same outfit as my significant other. I also hate to break it to Lauren, but it seems like Arie might be recycling some more old moves. Yikes.

Becoming quite the Instagram fiancé. The view from the @iberostar rooftop is incredible

Nope. Nope. There is so much nope in this photo. First, Arie, the fact that you call yourself an “Instagram fiancé” actually made me throw up a little in my mouth. For the sake of transparency I will tell you I am quick to vomit, but this one is totally on him. Literally no one cool on the face of the earth has referred to themselves this way. Also, Lauren used this phrase on her own similar Insta post, so he clearly took this idea from her. It’s like that one time I told my dad that a friend’s wedding was going to be ratchet and he liked it so much that for the next week he described all his business meetings as ratchet. My dad was still cooler than Arie.

It also pisses me off that he posted this picture of Lauren pretending to eat cinnamon buns. Like, we all know that Lauren spontaneously combusts within 500 feet of any pastry—the sticky frosting would just clog up hear gears!—so you definitely Photoshopped that in. At least give me something I can believe.

Okay, don’t you fucking DARE attempt to quote Friday Night Lights, Lauren. That show is sacred, and you’re ruining it for me. And Tim Riggins is MINE, even if he ran away from me on the street that one time.

Sorry, rage blackout over. Like every basic bitch I know, Arie and Lauren went to Iceland. I’d like to give a pat on the back to whoever does Iceland’s PR, because that country is literally more popular than Michael B. Jordan’s abs in Black Panther. And being a basic bitch myself, I’m super fucking jealous of this trip. *sips skinny vanilla latte*

So there’s your official roundup of the most annoying posts Arie and Lauren have put up since their social media break. There are a bunch of others, but I’ve decided to quit before I claw my eyes out. Check them out at your own risk, and may God have mercy on your soul.