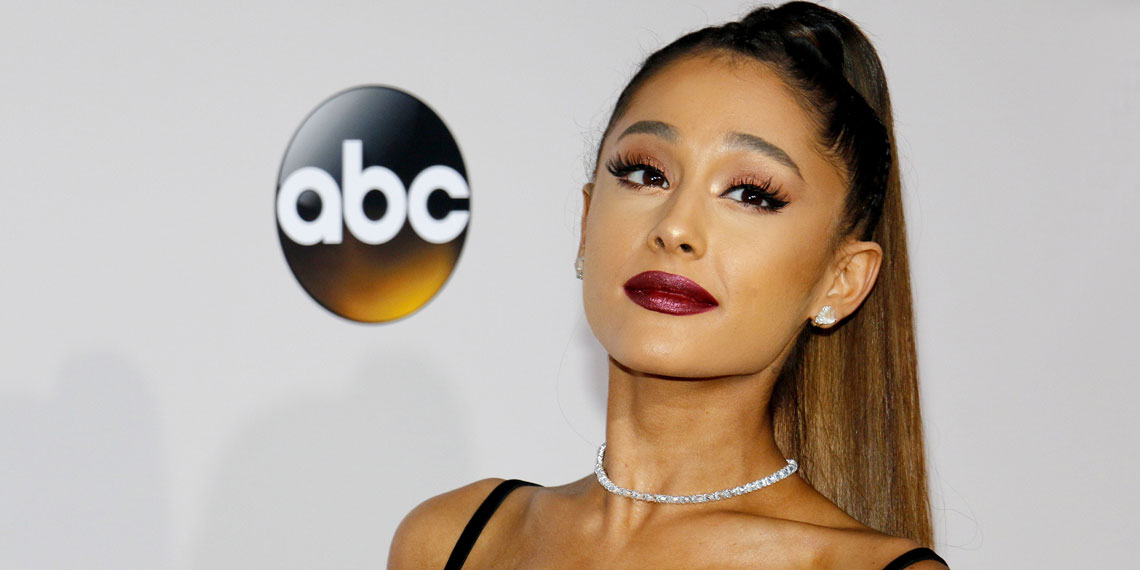 Ariana Grande Is Quarantining With A Pete Davidson Lookalike

One of the most exciting things about everyone social distancing is that it’s forcing a lot of celebrities to reveal their relationships. It feels like Ben Affleck and Ana de Armas have been photographed taking approximately 200 walks, and over in Bachelor land, we have Peter and Kelley galavanting around Chicago. Choosing to self-quarantine with a new partner is a big decision, and the latest new couple we’ve discovered thanks to social distancing is Ariana Grande and Dalton Gomez.

If you don’t know anything about Dalton Gomez, join the club. But instead of Googling “who is Dalton Gomez”, we did the hard work for you. Keep reading for all the relevant info you need to know about Ari’s new man.

He And Ari Are Quarantining Together

This is like, the whole reason we’re even having this conversation. Ariana isn’t posting pictures of them together or anything, but he’s been in the background of several of her posts in the past couple weeks. According to TMZ’s sources, they’ve been seeing each other for several months, but this week is the first time he’s been identified as anything other than a mystery man.

Okay soooo, maybe she does have a new man. Named Dalton Gomez. #ArianaGrande Either way, I’m so happy for her. pic.twitter.com/7d2gvAU6d9

So how did we figure out who this guy is? Turns out, fans with a lot of time on their hands were able to cross reference Dalton’s tattoos with the tattoos visible on the guy in one of Ari’s Insta stories, and they match up. Name someone working harder than Ariana Grande stans, I’ll wait. Today, I’m thankful for the healthcare professionals, and the Ariana detectives working overtime.

Until now, most of the guys Ariana has dated (that we know of) have been in the entertainment industry. There was Mac Miller, Big Sean, Pete Davidson, Mikey from Social House, the list goes on. But as a real estate agent, Dalton Gomez is a completely different vibe for her. He’s an agent in LA with the Aaron Kirman Group, where he’s worked for three years. According to his company bio, he’s responsible for “running all day-to-day operations of the top luxury real estate team in LA.” Sounds fancy, I’m into it. He might not be an A-list musician, but his sold listings include two houses over $10 million, so I’d imagine he makes pretty good money.

He Has Famous Friends

Just because Dalton Gomez doesn’t work in the entertainment industry doesn’t mean he’s not around it. Above is an Instagram story of him hanging out with Miley Cyrus from way back in 2017. According to a source from E! News, Dalton and Ariana “run in the same circle,” explaining that “he used to be a dancer and they have many mutual friends.” I guess with a performing past, plus the luxury real estate hookup, it’s not hard to imagine that he would meet a lot of influential people. We don’t know exactly how he and Ariana Grande met, but it’s easy to imagine them getting introduced through a mutual friend or a business connection.

When I first saw a photo of Dalton, my mind went to one place. Before I even got to the “who is Dalton Gomez?” phase, my immediate reaction is that he doesn’t not look like Pete Davidson. Clearly I wasn’t the only one who felt this way, and lots of tweets comparing the two went viral. Sadly, Dalton’s Instagram is private, so it’s hard to do a proper stalking, but he sort of looks like what you would expect a real estate agent version of Pete to look like. I have a feeling that, personality-wise, Pete and Dalton couldn’t be more different, but right now I’m just going on the visual. Hopefully Dalton is bringing Ariana all the hotness of Pete, but with like, a little more stability.

Obviously, we don’t know too much about Dalton and Ariana’s relationship yet, but hopefully the longer this quarantine goes on, she’ll start posting more about him. Two weeks from now, they could be going live together—I can dream!