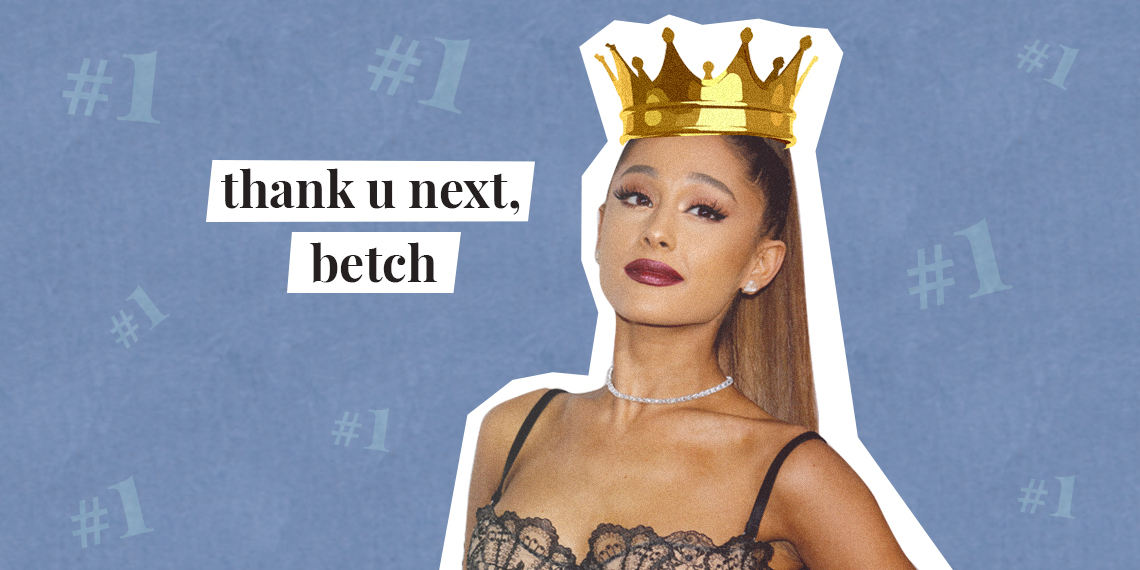 Ariana Grande Is Our Betch Of The Year

Any way you look at it, 2018 has been a huge year for Ariana Grande. She’s gone through some major turmoil in her personal life, dealt with it like a champ, and has come out on top with a hit album and the biggest songs of her career. There’s no question about it: Ariana Grande is the Betch of the Year.

Before this spring, the last time most people had thought of Ariana Grande was last spring, when a tragic bombing killed 23 people at her concert in Manchester. After finishing her tour, Ariana took some much-needed time off. Coming into 2018, everyone was interested to see how she would get back into the game, and what her new music would sound like. In April, she released “no tears left to cry,” an anthem about recovering from loss and finding hope in dark times. The song debuted at #3, signaling that Ariana was officially back.

Just after she dropped the new song, she suddenly became one of the world’s most talked about people for more personal reasons. Her breakup with Mac Miller was surprising, but everyone was even more shocked when she immediately started dating Pete Davidson, who was henceforth basically just a random SNL millennial caricature. As you know, their whirlwind relationship (and even more whirlwind engagement) was pretty much the biggest story of the summer, full of matching tattoos, chaotic Instagram posts, and lots of iconic paparazzi pictures.

During this time, Ariana released her fourth album, Sweetener, which is full of bops, and was a big success. Her single “God is a woman” is a feminist anthem, and it combines sex and spirituality in a way that would definitely make my childhood pastor uncomfortable. Love to see it! Basically, Ariana had the best summer ever, and we were all living for it.

Then, on September 7th, Mac Miller tragically died from a drug overdose. Ariana and Mac had known each other for years, and dated starting in 2016. We were all sad about Mac’s death, but it obviously had a huge effect on Ariana. Things already seemed bad enough, but then Ariana and Pete ended their relationship in October. I’m not gonna lie, the breakup with Pete surprised me more than it should have. Like, logically we all knew they weren’t going to be together forever, but they seemed so in love!

We were all wondering what Ariana’s next move would be, and whether she would disappear for a while to get through these tumultuous times. Instead, Ari came back just a couple weeks later with “thank u, next,” an instantly iconic song dedicated to her past relationships, and what she learned from her exes. The song became Ariana’s first-ever number-one song, and remained l at the top of the charts six weeks later. On top of that, the music video basically broke the internet, with its perfect references to our favorite 2000s movies, and cameos from plenty of celebs and close friends.

While accepting the Billboard Woman of the Year award a couple weeks ago, Ariana said something that really resonated:

“I find it interesting that this has been one of the best years of my career and the worst of my life. A lot of people would look at someone in my position right now as an artist that could be at her peak and think, ‘She’s really got her shit together, she’s really on it. She’s got it all.’ And I do, but as far as my personal life goes, I really have no idea what the f*ck I’m doing.”

That’s about as betchy as it gets. Ariana has given us a lot to talk about this year, both personally and professionally, and no one has been more consistently fascinating in 2018. She might still be figuring it all out, but we’re all along for the ride with her.