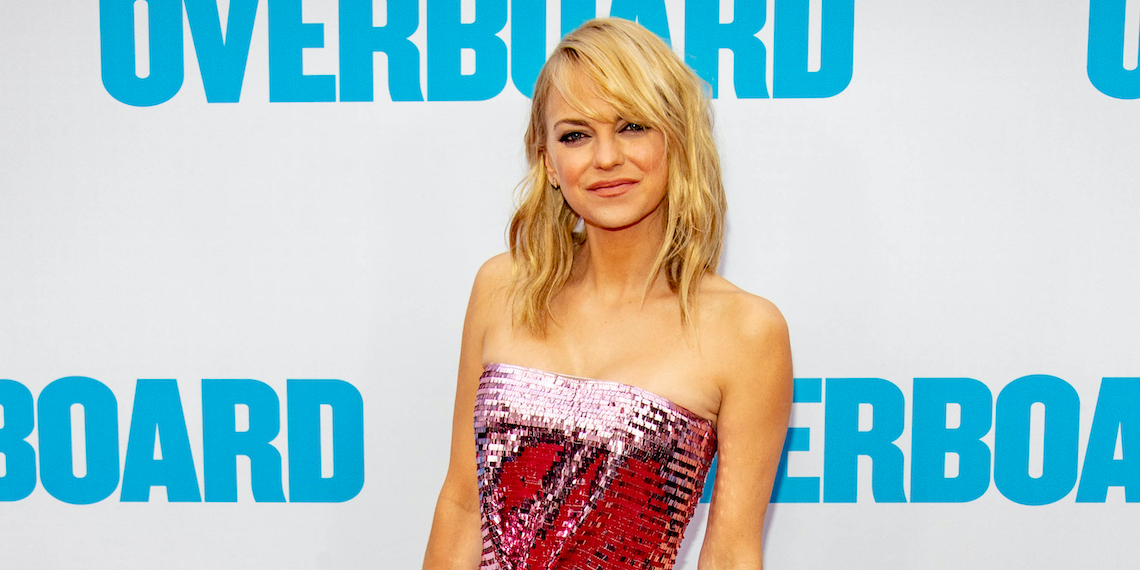 It’s November, and the temperatures have finally started to drop, which can only mean one thing: holiday engagement season is coming, ready or not. You might still be keeping your friend Heather’s impending engagement a secret until Thanksgiving, but it looks  like one celebrity is kicking things off early this season. Anna Faris was spotted wearing a huge ring in LA on Sunday, and all signs are pointing to an engagement.

Anna Faris has been married twice before, most notably to Chris Pratt. They got married in 2009, and after having one son together, it was pretty shocking when they announced their separation in August 2017. Their divorce was finalized the next year, and they’ve both been busy since then. After a whirlwind romance, Chris Pratt got remarried to Katherine Schwarzenegger earlier this year, and now it looks like it might be Anna’s turn to walk down the aisle.

Anna Faris Appears to be Engaged After Showing Off Massive Ring https://t.co/W2qMj8iyzj pic.twitter.com/81vh3ztzh3

She’s been dating cinematographer Michael Barrett since late 2017, though we’ve never known a lot about their relationship. Michael is noticeably absent from Anna’s Instagram posts, so we’ve only ever really seen paparazzi photos of them together. Still, we’ve known that they were pretty serious for a while, and Michael has definitely spent time with Anna’s son. Last year, the paparazzi got photos of Michael and Anna taking her son trick-or-treating along with Chris Pratt and Katherine Schwarzenegger, which sounds awkward, but I’m glad to know that everyone is on good terms.

Anna Faris getting engaged again is an interesting turn of events, considering she publicly discussed her hesitance to get married a third time earlier this year. On Laura Wasser’s Divorce Sucks! podcast, Anna was candid in saying that, while she believes in “love and monogamy” and commitment to a relationship, she struggles with the legal system and the way marriage works in our society. Well, clearly something changed over the course of this year, because that ring doesn’t just look like a “love and monogamy” ring.

Assuming that Anna Faris is, in fact, engaged, I wouldn’t imagine that we’re going to be getting a lot of details any time soon. I mean, she’s been dating this dude for over two years and still hasn’t posted a single photo of him on social media. When are these celebrities going to learn that I really need them to post high-quality, up-to-date photos of whoever they’re dating? They make my job too damn hard. No, for her third time down the aisle, I would imagine that Anna Faris will probably go pretty low-key, not like some of the more extravagant celeb weddings we’ve seen.

Congratulations to Anna Faris and Michael Barrett if they’re actually engaged, and if they aren’t, then damn, that’s a nice ring to be wearing for no reason.