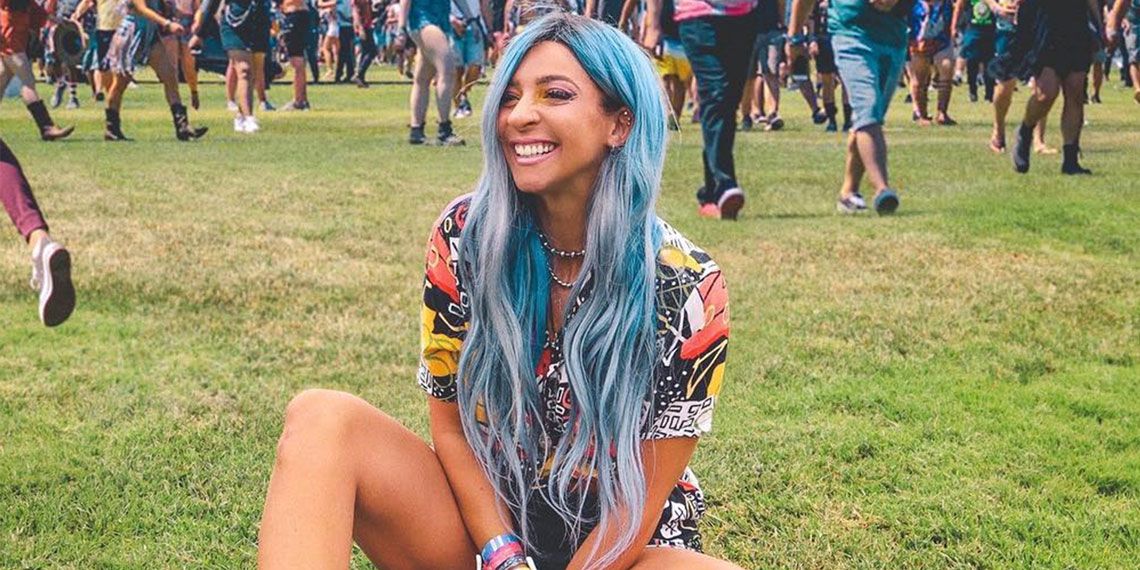 An Influencer Faked Going To Coachella For The Likes

Is there anything we as a society love more than influencers and scams? Speaking for myself, no. And when influencers and scams unite into one story, it provides a hate-follow synergy that is just unparalleled (like when a fake influencer got arrested or an influencer charged her fans hundreds of dollars for a scam course or Fyre Festival happened). So this latest story brings me the most joy, because an influencer faked going to Coachella just for the Instagrams. I want to be mad, but honestly I’m not even mad.

The influencer’s name is Gabbie Hanna, and she has a cool 3.8 million Instagram followers. The New York Post called her Australian, but Wikipedia says she’s from Pennsylvania. So what is the truth? That’s Gabi’s first scam, if you ask me. I think she’s also a Youtuber, because in 2019, anyone out here still making Youtube videos has got to be doing it as a part of their brand. Otherwise, it’s social suicide.

Anyway, Gabbie posted a 23-minute long video explaining how and why she faked going to Coachella. As for the how, she just got dressed in festival clothes, took a bunch of pictures at her friend’s house in Marina del Rey (was the friend Scheana?) and then had a friend Photoshop it. Honestly, I’m impressed. It’s funny because a few of her “Coachella” photos actually popped up in my explore page and I didn’t question their authenticity. This friend is pretty f*cking good at Photoshop. Maybe the Kardashians should hire her?

OOPS i faked it all! go check out the video on how i pretended to go to coachella up now! ? *photoshop by @kellansworld – felt kinda weird going to hoechella on such a holy day so i decided to cover up in my great-grandmas AdOrAbLe 2 piece set for day 3 ? getting day drunk with my nipples out in a field surrounded by EDM music doesn’t exactly scream “Christ Has Risen!” so I decided to take it easy today. On a side note: Kanye’s service this morning was beautiful. Happy Coachella! i mean, Easter! #coachella #coachellaweekend2 #weekend2 #coachella2019 #day3 #easter #hoechella #chella

This was the photo I saw a few days ago, before Gabbie updated the caption, and at first I kind of glazed over the caption and moved on to the next photo. But now, reading it, this is actually f*cking genius. “Getting day drunk with my nipples out in a field surrounded by EDM music doesn’t exactly scream ‘Christ Has Risen!’ so I decided to take it easy today”? Hilarious. What does “taking it easy” really mean in this context, anyway? Getting less day drunk? Covering your nipples? Certainly not refraining from posting a fake candid pic. She seems to be subtly poking fun at the hypocrisy of people who post thirst traps tied to religious holidays (or other holidays—never forget Ariel Winter’s famous bikini Memorial Day pic). I love it.

As for why Gabbie went through so much trouble (and she really did; in the video, she mentions that she got up at 8am for this fake photoshoot), she basically did it to expose how fake social media is. “Social media is a lie!” she yells in her video. She says that even though she completely faked going to Coachella, other people are doing it too, but to a lesser extent. For example, she says that she knows of people who only go weekend 1, but double up on outfits so that they can post during weekend 2 as if they are actually there, when in reality, they’re at home. Gabbie says, “What I’m doing isn’t that far from reality anyways, I’m just not going to Palm Springs.” I’m not going to lie, I feel scammed, hustled, bamboozled, hoodwinked, led astray by this revelation, seeing as there’s one girl I follow (I won’t name names) who’s been posting Coachella photos continuously for the past two weeks. Now I’ve got to wonder if it’s all one big lie.

OOPS i faked it all! go check out the video on how i pretended to go to coachella up now! ? *photoshop by @kellansworld – and you thought my yellow hair was over ? (tysm @guy_tang for coloring this @bellamihair wig so beautifully?) side note: if you’re someone who isn’t familiar with wigs, a day long music festival in 95 degree heat is not the place to give it a go ? learn from my mistakes, children!? #coachella #coachella2019 #coachellaweekend2 #weekend2 #chella #ootd #coachellaoutfit #roadtocoachella #420 #day2

I was ready to hate on this girl, but her stunt (let’s call it what it is) was actually very informative in showing just how deep people will go to appear to be living their best lives on Instagram. I mean, we already know that people are posting fake #sponcon to seem more legit, so Photoshopping yourself at various enviable locales isn’t that much of a stretch—and honestly, I feel naïve that I never considered that as an option before. (Catch me this year at the Met Gala.)

And yet, I can’t help but cast a slight side-eye at people who make fun of others for trying too hard, while they themselves try extremely hard. Is it crazy to do a million outfit changes simply to increase the longevity of your photos? Absolutely. But you know what’s also crazy? Waking up at 8am for a pretend photoshoot whose purpose is to point out how fake everybody else is being.

The clear difference here, though, is that Gabbie’s farce actually helps educate people (or at least, me) about how you seriously can’t take a single thing you see on social media at face value. Everybody else’s fake Instagrams are self-serving, to convince followers they lead a life of jet-setting while they’re actually living with their parents and in debt, or working a soul-sucking job and shelling out over a grand for a weekend of overcrowded live music sets and some pictures.

Gabbie’s move is especially smart given that The Atlantic just published a piece arguing that the days of influencers are numbered. Told mostly through anecdotal evidence, it explores how the kids these days are looking for more authenticity on Instagram, and eschewing the highly curated, perfectly posed, preset filtered pics we millennials popularized. No longer is posing in front of a rainbow wall going to get you likes, The Atlantic argues: “Because so many people adopted that aesthetic, that has become passé. We’re living in influencer overload.” Lynsey Eaton, co-founder of the influencer-marketing agency Estate Five, tells The Atlantic, “the pink wall and avocado toast are just not what people are stopping at anymore.” The piece argues that, instead, users are looking towards “a messier and unfiltered vibe”, posting photos of themselves where they don’t look camera-ready, and even editing their photos to make them look sh*ttier with apps like Huji, that give pictures the effect of being taken with a disposable camera.

But I think this characterization is a little overly simplified, because we can’t conclude that nobody likes those filtered pics. Gabbie Hanna’s own Coachella photos, which fall right into that signature millennial influencer aesthetic—faux candid and all—garnered between four and five hundred thousand likes each. Many of her other photos, by comparison, hover between two and three hundred thousand likes. To be fair, I don’t know if the Coachella photos took off after the ruse was revealed, and that accounts for the difference in likes, or if it’s because people genuinely liked the pics when they thought they were mere jealousy porn.

What I do know is that even if younger generations are gravitating towards true #nofilter content, that other fake stuff exists out there and is popular. Even one of The Atlantic’s own interview subjects claims to be over posing in front of colorful walls for her feed, but if you visit her Instagram page, she is still clearly doing that. Even if we are moving away from the millennial Instagram aesthetic, it’s going to take a while (unless Instagram actually removes likes from posts). In the meantime, it’s helpful to have people like Gabbie Hanna remind us just how phony it all is, and the lengths people will go to in order to maintain that façade.