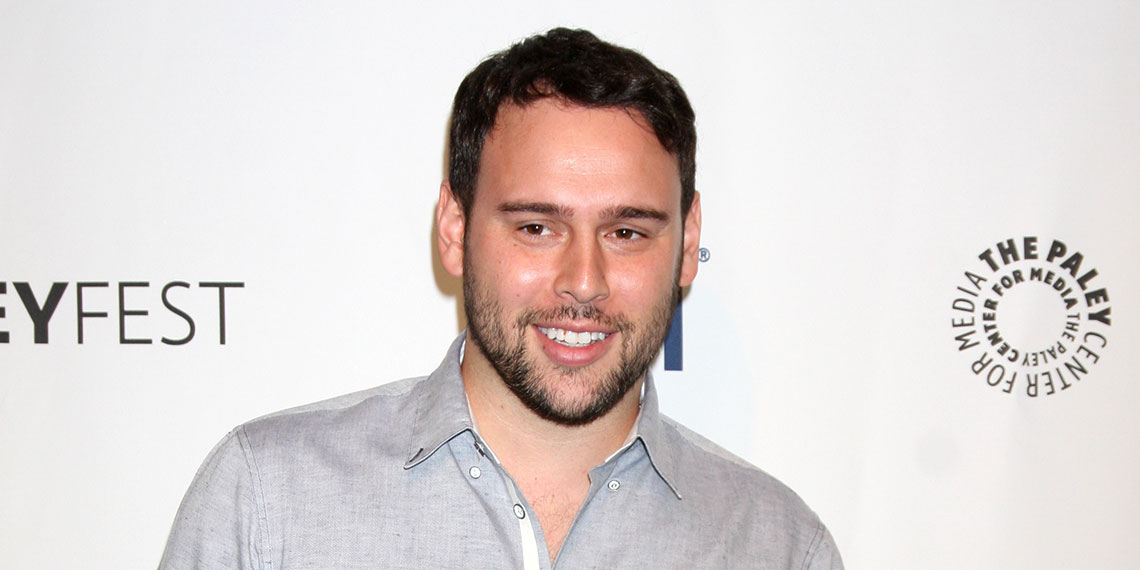 An Analysis Of Scooter Braun’s Shadiness

It’s been nearly five months since Taylor Swift first began her public crusade against Scooter Braun, but until yesterday, it was a one-sided battle. From this summer’s fallout over the sale of Taylor’s master recordings to last week’s drama over whether Taylor would be allowed to perform her hits at this weekend’s American Music Awards, Scooter Braun stayed silent. Lots of his famous friends spoke out to support him or dispute Taylor’s claims, but Scooter didn’t have anything to say… until now.

On Thursday, Braun spoke at the 2019 Entertainment Industry Conference, and he finally addressed his issues with Taylor Swift, and was more than a little shady in the process. He explained his reticence to engage with Taylor on social media, saying that “we live in a time of toxic division, and of people thinking that social media is the appropriate place to air out on each other and not have conversations. And I don’t like politicians doing it. I don’t like anybody doing it.” Lol, ok boomer. You don’t have to be public about your sh*t, but it’s 2019, and that’s just how people do things. Chiding Taylor Swift for being open about her feelings on social media isn’t a great look, and it’s almost certainly a losing battle for Scooter Braun. Also, who asked about politicians? No one, that’s who.

Scooter also said that he believes most of Taylor’s issues with him stem from “misunderstandings,” and that he would like to have a private conversation with her, but he doesn’t wish to publicly “add to the narrative.” This last comment harkens back to an iconic instance in which Taylor Swift asked to be excluded from a narrative, and then again in Big Machine Label Group’s own initial statement where they claimed to Taylor, “the narrative you have created does not exist”. So in this case, using the word “narrative” feels a little icky. I haven’t always been the biggest fan of Taylor Swift or how she’s chosen to deal with situations in the past, but she’s brought up some pretty serious issues in her statements about Scooter Braun, and it feels like he’s trying to minimize his role in this situation.

In saying that he didn’t want to publicly elaborate on the situation with Taylor, he also added, “If that means that I’ve got to be the bad guy longer, I’ll be the bad guy longer, but I’m not going to participate.” You can’t see me, but I just cringed like, very hard. I think Scooter mostly just means that everyone *thinks* he’s the bad guy, but this is still a strange choice of words to me. Like, why are you going to refer to yourself as the bad guy if this whole thing is just a misunderstanding? Which one is it? Also, the way he phrased “be the bad guy longer” doesn’t really make me think he wants to end the feud with Taylor ASAP. It sounds like he’s ready to drag it out just as long as Taylor, except he’s trying to pretend he doesn’t want to.

But then, less than 24 hours after Scooter Braun made all these comments about not airing sh*t out on social media, he took to Instagram to, uh, air a lot of sh*t out. His open letter to Taylor Swift, though sadly not a screenshot from the iPhone Notes App, is a whole lot to take in, but I read it all so you don’t have to.

In the first paragraph, he acknowledges his prior comments about not speaking on social media, but explains that he came home on Thursday to find that his wife had received a threatening phone call. Scooter Braun knows that he’s seen as the “bad guy” in this situation, and by immediately positioning his statement as strictly a response to safety concerns, he smartly buys some time to explain himself. In the second paragraph, he shifts from his expressing concern to basically lecturing Taylor Swift about the power of her words.

Moving on to the second page of the statement (FML), Scooter gets up on his soapbox, throwing in a pointless sentence about how “we are living in a time of pointless violence.” Not incorrect, but with all due respect, what does this have to do with anything? This isn’t about gun control, it’s about Taylor Swift saying some things you didn’t like on social media.

Scooter reiterates that he doesn’t like the “toxic division where people express their opinions over social media instead of having conversations in person,” and then quickly launches into expressing his opinions over, you guessed it, social media. He brings things back to the drama over the summer, saying he was “shocked and disheartened” to hear that Taylor was so upset about his inclusion in the deal to buy her masters. He claims that over the last several months, he’s made many attempts to “rectify the situation,” but that all his attempts to discuss things with Taylor have been rejected.

In this part of the letter, Scooter’s tone varies from sentence to sentence—sometimes he sounds concerned for Taylor’s best interests (“I’m open to ALL possibilities”), but then he’ll turn petty, like when he says that “it almost feels as if you have no interest in ever resolving the conflict.” He finishes the second page by saying that “this game of telephone isn’t working,” and honestly, I feel like he’s being a little dramatic.

In the third and (thankfully) final page of the letter, Scooter moves into damage control mode, saying anything that might get Taylor Swift’s army of fans to leave him alone. He says that “no artist should ever feel cornered or bullied,” and then reiterates that she can perform whatever songs she wants at the AMAs this weekend. But even in that statement, he denies all of Taylor’s accusations, saying that he ” never and would never say otherwise.”

In his closing paragraph, Scooter once again states that he would like to meet with Taylor, saying that he’ll make himself available for her. Of course, he does so while also being a shady bitch, saying that if Taylor “would prefer to make large public statements while refusing to work towards resolving things amicably,” then hopefully no one will get hurt. I mean, I’m pretty sure we all hope no one gets hurt over this bullsh*t, but this really isn’t a nice way of speaking to someone, and it almost sounds like a threat.

Just like every story, I’m sure neither Scooter Braun nor Taylor Swift are telling things 100% accurately, and we’ll never really know the truth of everything that’s gone down between them. But I do feel like Scooter is playing a game with this open letter, and I’m curious to find out if Taylor Swift engages with him after his big public statement. I guess we’ll first see what Taylor Swift ends up doing at the AMAs, and then go from there, but I have a feeling we won’t hear much more about this situation. Scooter and Taylor have both said all they have to say, and even if they meet to work through their issues, I’m pretty sure they’re never going to be best friends. But most of all, I’m just annoyed that now I have to watch the American Music Awards.