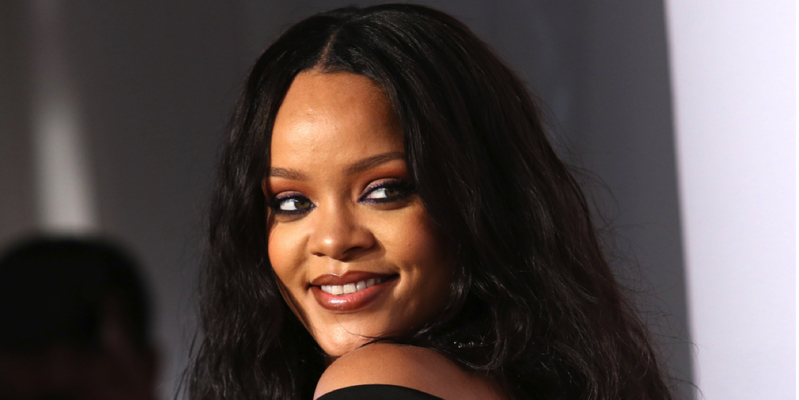 Today, our queen, Rihanna hits the big three-oh. It’s not fair that she has accomplished more in 30 years than I would in three lifetimes, but whatever. Here is a look at some of the most iconic things Riri has done in her world takeover of monopolizing every industry from music to fashion to makeup and everything in between. We aren’t worthy.

1. When She Drank Out Of A Bedazzled Flask At The Literal Grammys

At the 2017 Grammys, Rih knew it was going to be a long night with lots of speeches. So, she took matters into her own hands and was caught on camera sipping from this bejeweled flask that probably is worth more than my four years of college tuition.

2. All The Times She’s Taken Wine To Go

In addition to her many areas of talent, Rihanna is an icon of financial responsibility for her habit of taking wine to-go. Whether she was bringing it from home or just taking it from a restaurant, she knows that she paid her hard-earned money for every last drop of that Pinot Noir, and I respect the hell out of that.

I need to start a thread of photos of Rihanna leaving restaurants with the wine glass pic.twitter.com/ZPSQKrOof1

3. When She Rode That Jetski Sidesaddle

My aesthetic goal will always be this viral photo of Rih so very casually riding a jetski SIDESADDLE and looking unimpressed. As someone who spills coffee on myself daily from merely breathing, this is a great feat of balance and poise.

4. When She Photoshopped The Queen Of England Onto All Of Her Instagrams

Rihanna went through a phase of inexplicably photoshopping the Queen of England’s head onto her body in her Instagrams, which I dearly miss. I think this goes to show that Rih really is a global leader if she can freely Photoshop monarchs’ heads without being, idk, sued.

5. When She Produced Bomb Makeup For EVERYONE To Love

As someone who could probably use baby powder to powder my face, I understand the importance of finding the perfect match when it comes to makeup shades. Rihanna understood the importance of every beautiful skin tone being able to find their match and SHOOK US with Fenty Beauty, available in 40 different shades. Not to be a conspiracy theorist, but Fenty Beauty dropped and that’s the last we saw of Kylie Jenner for nine months… interesting.

the year is 2027. rihanna &her brand have seized the means of production from corporate america. we have universal healthcare. fenty health.

6. When She Twitter DM-ed A Teenage Fan Breakup Advice

I honestly picture Rihanna chilling in her palace with some wine and scrolling through her DMs, when she decided to bless a young fan with some motivational af breakup advice. If she prevented even one girl from drunkenly crying in the bathroom at a bar that night, I will call that a victory.

Thank you, I love you @rihanna pic.twitter.com/DsYHOTChxP

7. When J.Lo Started Dating Drake And Rih Unfollowed Her On Instagram

Rihanna and Drake broke MY heart when their years-long flirtation-turned-relationship didn’t work out. But anyway, when Drake started dating J.Lo, Rihanna unfollowed her on Instagram because RIH DON’T PLAY. Honestly, Rihanna is all of our petty asses realizing some rando in our sorority is dating our ex and unfollowing the girl.

8. When She Tweeted Global Leaders To Support Education

Proving that she really CAN do it all, Rihanna took it upon herself to make sure that leaders around the world were properly funding education because she is #ForTheKids. Riri 4 President.

???????? @JustinTrudeau I know you had our backs during the #GlobalCitizen Festival, will you recommit Canada to #FundEducation?

Every year, Rihanna celebrates the Crop Over Festival in her native country, Barbados, by dressing her dope bod in various jewels and feathers and subsequently breaking the Internet.

Even her ex, Chris Brown, couldn’t help but notice how fly homegirl be lookin’ this year and commented emoji eyes (like every douchey frat guy). Naturally her fanbase came for his shady ass because our girl deserves better.

10. Rihanna Is So Amazing That We Forget She’s A Musician

What I find most amazing about Rih is that she had her best year ever in 2017 and didn’t even have an album out. That’s right, this nine-time Grammy winner was too busy dropping fashion and makeup lines, filming movies, rapping with Kendrick and shocking the world—all without an album.

Here’s to many more years of the queen’s reign. Happy birthday, Rih!