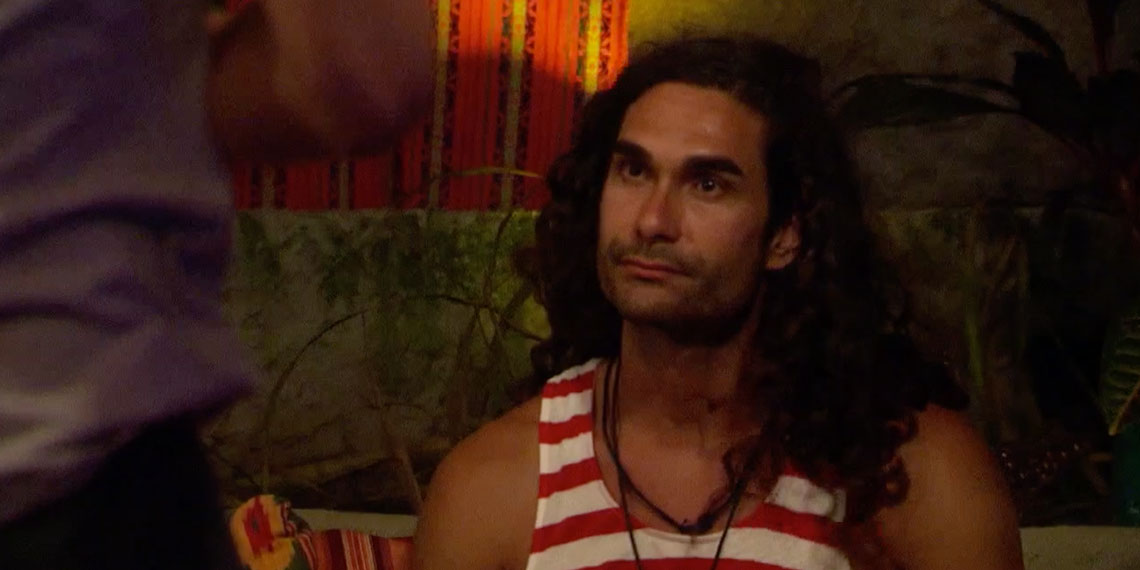 All The Gross Ways Leo Tried To Gaslight Kendall On ‘Paradise’

I’ll be the first to admit it—anyone still watching Bachelor in Paradise and expecting to see anything but the contestants at their absolute worst is a fool. And most of the time, I’m fine with that. But Leo talking to Kendall on last night’s episode absolutely made my blood boil. I never understood why Becca kept him around as long as she did. And I understood even less when I started seeing the DMs Bekah was getting about him. As if it weren’t enough that Leo’s presence is breaking poor Grocery Joe’s heart, Leo now decided to go off on Kendall in the most f*ckboy-ish way I’ve seen since Dean. Leo: you’re not pretty enough to pull that off, and even Dean barely got away with it. Here are all the things Leo said to Kendall that should make you run far, far away.

So (spoilers, kind of), let’s remind ourselves why they’re even having this fight. Kendall found out that Leo kissed Chelsea, and is understandably taken aback. Not even really because of the kiss—Leo’s right, to an extent, that everyone’s talking to everyone—but because he went out of his way to keep it a secret from only her. Doing that takes away any credibility that you’re actually looking for a relationship. Kendall would obviously see that on TV when it aired. So, keeping it a secret proved that Leo just wanted to get a rose, not pursue a future with her. Color me shocked.

Moving on to the actual comment here—this is a classic move from a guy who’s done something shady and doesn’t want to deal with the consequences. Kendall isn’t even outright pissed—she literally just questions him about it. But he immediately turns it around as though she has something to prove in this conversation instead of him. He acts like she could never have liked him at all if she’s doubting him now, and tries to force her into the position of fighting for his affection. It’s a classic bully move: she expresses unhappiness with one action, and he holds their entire history and relationship hostage unless she drops it.

This is how sh*tty guys get out of ever changing anything or apologizing. They constantly force their partner into considering their concerns too minor to risk the relationship over. But the fact is, the relationship should never have been at stake—and they wouldn’t be putting it at stake if they really cared about it.

“You Really Tricked Me”

At this point, Leo has invented an entire drama where Kendall was only pretending to like him. Casual reminder that Kendall has said literally nothing to suggest this. Second casual reminder that they are having this conversation because LEO went for someone else. Just in case anyone else feels like they’re taking crazy pills. Anyway, Leo spins all this bullsh*t at Kendall just to divert attention from his own messed up behavior, and try to make it about his own hurt feelings. Not only that, but to make Kendall feel like crap in the process if at all possible.

By refusing to even address what she came to talk about, Leo is being so dismissive that it’s hard to believe he sees her as human. His only interest is in walking out with the upper hand—whether that’s by manipulating her into coming back to him, or trying to make her seem like a crazy b*tch and walking away. This. Guy. Is. Garbage.

This moment in his tirade disappointed me, because Kendall responded by saying “you’re making me feel wonderful.” Admittedly, in the context of “you’re also making me feel like crap,” but still. Kendall, do not let this backhanded swill make you feel wonderful!!! Also included in this section of Leo’s commentary were “I don’t know how Arie didn’t pick you” and “I don’t know how you haven’t found someone.” All of these “compliments” are just a way of reminding her, when she’s already vulnerable, that she is, in fact, still single. That Arie didn’t pick her—which I’m sure was painful. That she hasn’t found a guy, or been picked by a guy. All very real insecurities for anyone who’s single and unhappy about it, let alone someone who has gone on two TV shows to find a boyfriend.

By negging her in this way, Leo is trying to chip away at Kendall’s confidence. He’s trying to make her less secure in her value by reminding her of times when she hasn’t been chosen. And he’s doing all this while responding to her saying “why did you secretly kiss another girl” with “I guess this whole relationship was a lie” and acting like he’s over it already. He’s hoping if he dangles the threat of being alone hard enough, she’ll just say “never mind forget I said anything please just take me back!” Again, “I don’t know how you’re still single” is a terrible “compliment.” “I’m so glad I met you” is what good, normal guys say. Good guys respect you enough to treat your relationship status as a choice, and not imply that they’ve failed at something by not having a boyfriend.

I’m sure I could go on, but you get the idea. Never, ever let guys get away with invalidating your concerns, redirecting every issue back to their own feelings, threatening the relationship every time you try to have a conversation, or actively trying to make you feel insecure. I am more than ready to see Leo go home tonight—Kendall, please girl, dump that hairy man-child and make it as cruel as you can manage.