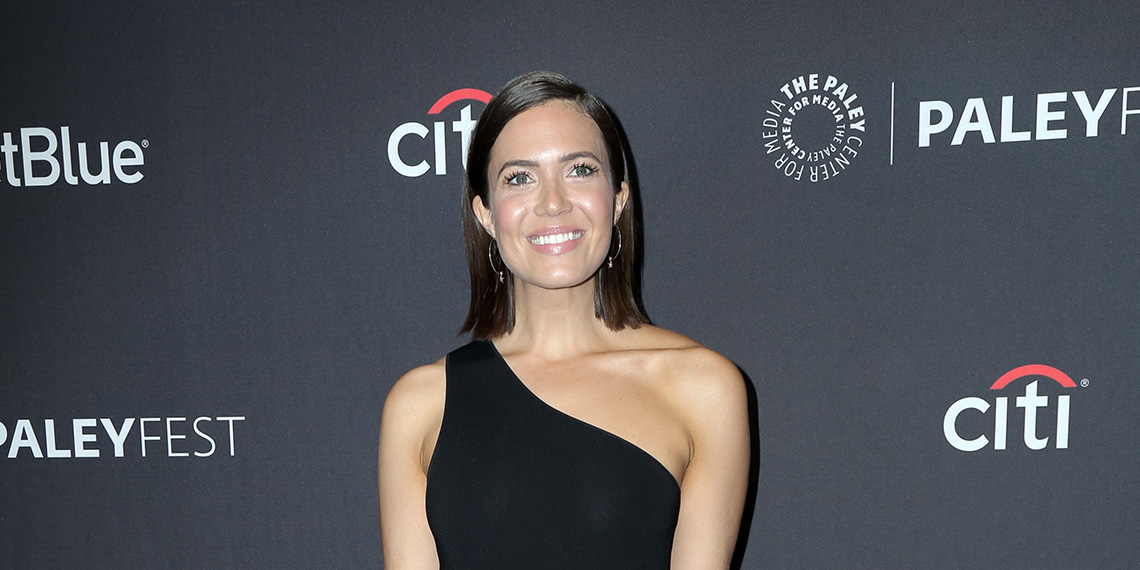 All The Current Celeb Pregnancies You Need To Know About

Am I the only one who feels like every single celebrity is having a baby this year? In the last month alone, Katy Perry, Lea Michele, Hilaria Baldwin, Teyana Taylor, and Katherine Schwarzenegger have all given birth. Just in the last month!! But the 2020 baby train isn’t slowing down anytime soon. In the past several months, there have been many celebrity pregnancy announcements, from A-listers to reality stars, and it’s honestly too much to keep up with. But we can at least try, right? From the ones you’re sick of hearing about, to the ones you’re not sure if you ever heard about in the first place, here are all the celeb pregnancies you need to know about.

We are pregnant and we are so excited to share it with everyone. Baby #3 ♥ Thank you @clearblue #clearbluepartner #clearblueconfirmed During this unprecedented time, we know pregnant women may be under greater stress which is why we are supporting @marchofdimes Mom and Baby #COVID19 Intervention and Support Fund. Check out their Instagram page to see how they are helping moms and babies get the care they need now and in the future.

Ashlee Simpson, who is now married to Diana Ross’s son Evan (tbt to Pete Wentz), announced her third pregnancy back at the end of April. You’ll notice that Ashlee’s announcement is part of a trend throughout this list: announcing your baby in partnership with a pregnancy test brand. We thought this was wild last year when Malika Haqq did it, but it turns out she was just ahead of the curve. In a nice twist, Ashlee and Clear Blue also partnered to support COVID relief through the March of Dimes, so this is one case of pregnancy test spon that I can really get behind. Ashlee’s fam is actually super adorable, so stalk her Instagram if you need some cute kids in your life.

HERE WE GROW AGAIN!!! It feels so good to be able to finally talk about this pregnancy! If you noticed I haven’t been on social media much the past couple of months, it’s because I was dealing with terrible nausea and fatigue, on top of taking care of two kiddos during a pandemic. Although this time has its uncertainties, we are so thankful and excited for this baby. I truly believe babies being born during this time are here for a special reason, to be light workers. We are beyond happy to love another baby, to give Emmy and Brooks another sibling and to have our children be so close! #partyof5 #babynumber3

It’s baby number three for Bachelor In Paradise alums Jade and Tanner! After kicking off this year by winning, and then losing, a million dollars in fantasy football due to ~cheating~, things have taken a positive turn for the Tolberts, with their latest pregnancy announcement coming in May. Jade posted this week that she’s at 29 weeks, so we can expect another fall baby. Whether you closely follow these two or not, they seem to be one of the least messy couples to ever come out of Paradise, so I say cheers to that.

We’re having a baby girl 💕

It was a tumultuous start to the summer for Vanderpump Rules OG Stassi Schroeder, who announced her pregnancy just days after being fired from VPR along with three other cast members for past racist behavior. For those who watched the show, the baby news seemed to come out of nowhere, and the timing of the announcement seemed… strategic. But regardless, Stassi’s pregnancy is definitely real, and she updated her followers later in June that the baby is a girl. As for Stassi’s next career move now that Pump Rules is off the table, we still don’t know, but next week, she’ll sit down with Tamron Hall for her first interview since her firing.

Fans were skeptical last fall when Nicki Minaj announced she was retiring to have a family, but it turns out that was half true. She’s released music since then, and even scored her first two number-one songs, but she is, in fact, starting a family with husband Kenneth Petty. She announced her pregnancy with a typically over-the-top photoshoot in July, complete with yellow and blue wigs, bedazzled bikinis, and heels that I don’t believe anyone could possibly walk in. She hasn’t shared much about her pregnancy since then, but she’s been featured on new songs from A$AP Ferg and Ty Dolla $ign, so she still doesn’t seem too committed to the whole
“retirement” thing.

It’s been a whirlwind summer for Morgan Stewart, who got engaged to Jordan McGraw (Dr. Phil’s son) in July, and announced her pregnancy in August. Honestly, she’s making the most of her time during this pandemic, which begs the question, should I be engaged and having a baby right now? Much to consider. Last summer, people (me) were heartbroken when Morgan announced she and her Rich Kids of Beverly Hills co-star Brendan Fitzpatrick were divorcing, but now she looks happier than ever, so good for her.

I’m pregnant!!! I couldn’t wait to share that my family is growing and we will soon welcome a new baby in our home. I decided to use @ClearBlue because this has always been the most important result in my life. I love how their digital pregnancy test builds excitement by showing a countdown feature, assuring your answer is coming… And for me it displayed PREGNANT! No time for guessing, I need accuracy. Thank you #ClearBlue for delivering this amazing news to myself, my family and friends! #ClearblueConfirmed #ClearbluePartner

This summer, Khadijah followed in her twin sister’s footsteps, and announced her pregnancy with a Clear Blue ad—it runs in the family! For Khadijah, this is her third child with husband Bobby McCray, a former NFL player whom she married in 2010. Khadijah flies under the Kardashian radar, but low-key it seems like she has the healthiest relationship of anyone in their circle.

Chrissy Teigen and John Legend already have two of the cutest kids in Hollywood, and they recently announced that they have a third baby on the way. Chrissy did a classic bump reveal in John’s most recent music video, and later officially confirmed the news on social media. Naturally, Chrissy has been having fun with pregnancy content on social media, like when she posted this tabloid headline about herself. We love a queen with a Google Alert set for her name. This week, she shared that her doctor put her on bed rest for two weeks, so hopefully everything is okay, but she said she’s taking this time to learn how to sew costumes for her kids—can’t wait to see how that turns out.

Last spring, Emma Roberts began dating Garrett Hedlund shortly after ending her seven-year relationship with Evan Peters, and a little over a year later, she announced that she and Hedlund are expecting their first child. She shared that the baby is a boy with a cheeky Instagram caption, commenting that Garrett and her baby are “my two favorite guys.” To anyone thinking about doing an elaborate gender reveal that may start a wildfire—this is enough.

Reflecting on when we found out that we are going to be parents. ❤️ Discovering that I was going to become a mother will forever be a moment where time stood still. I took a test and ran into the kitchen where Chandler was making us tea. He didn’t hear me come in so I speechlessly watched him pouring the water into my most loved hedgehog mug. This news would change the course of our future in the best way. I started crying tears of pure joy and told my sweetheart husband that my test was positive. We were beaming while our adorable puppy Piggy sat on our feet wondering what was going on. It reminded me of just how perceptive animals are. We sat together with tea talking about the future and how we were going to share such wonderful, life changing news with the people that we love. In that short span of time the gorgeous baby I’m carrying became the most important part of our lives. It is such a blessing knowing that this tiny person has chosen us as parents. Our baby Wildlife Warrior is going to be so very loved by our families and entire Australia Zoo team. I can’t wait to find out what this amazing new soul loves in life, and experience the world all over again through their eyes.

In case you want to feel old today, Bindi Irwin—yes, the late Crocodile Hunter’s daughter—is now married, and expecting her first child. She’s dedicated her life to carrying on her late father’s legacy, including marrying her husband Chandler in a very intimate ceremony at Australia Zoo at the beginning of the pandemic. Chandler and Bindi both work at the zoo, and their baby will no doubt be wrangling snakes before it can form full sentences.

It was only a matter of time before the Vanderpump Rules cast started popping out kids, and Lala Kent was the second former SURver of the summer to make a pregnancy announcement. She’s currently engaged to Randall Emmett (who already has two adorable kids), and with their wedding postponed until 2021 due t0 the pandemic, what better time to start a family? They announced the news on their podcast on Lala’s 30th birthday, and this week Randall posted an ultrasound—revealing that Lala is 10 weeks along—on his Instagram story. Cheers to these two, because they’ve certainly come a long way since the days of Lala only referring to Randall enigmatically as “my man”.

There’s no hiding this big belly anymore! We are elated to share our news with you! To say we are thankful is an absolute understatement ♥️ #RHOP

We’ve seen Ashley Darby go through a lot on The Real Housewives of Potomac, and on the current season, she’s struggling with postpartum depression after giving birth to her first baby, Dean. But she’s come a long way since then, and this week, she shared that she and her husband Michael are expecting a second child in early 2021. Looks like her storyline for season six is all set—hopefully she can mostly steer clear of drama with the other ladies and enjoy a smooth pregnancy.

On September 24th, Mandy Moore announced via Instagram that she and husband Taylor Goldsmith are expecting a baby boy together in early 2021. Mandy and Taylor got married back in 2018, and they’ll both be first-time parents. Considering that we’ve known Mandy Moore for basically forever, it’ll be exciting to see her on the journey of becoming a mom.