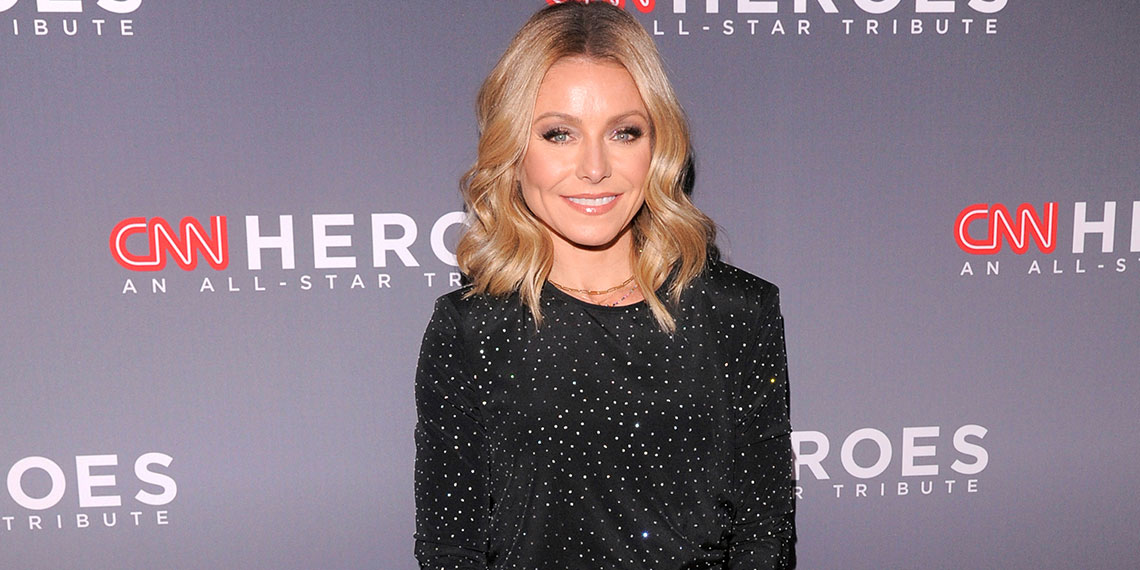 All The Best Times Kelly Ripa Trolled Her Children On IG

We love celebrities who don’t act fake on social media, so naturally Kelly Ripa is one of our faves. When not publicly thirsting over her husband, she can be seen trolling the sh*t out of her kids, which we always appreciate. Like, sure your kids are the light of your life and whatever, but what fun is being a parent if you can’t rag on your kids a little? I started taking note of Kelly’s trolling on Father’s Day, when Lola apparently walked in on her parents having sex and probably wanted to claw her own eyes out. Now, I know you’re thinking that’s bad, but not “time to finally file the paperwork and get emancipated from these lunatics” bad, mainly because it was an accident. But not only did Lola walk in on her parents having sex, they then recounted the story to their five million closest friends on Live! the next day. MOM!! While Kelly and Mark did seem slightly embarrassed that this happened (AGAIN?!!!), I can’t help but think they went backstage during a commercial break and did their best Dr. Evil laugh.

And that’s when I realized that Kelly Ripa lives to torment her children. I mean, of course, she loves them, I’m sure she bought them each a Bentley for their 16th birthdays yada, yada, yada, but I also think she loves trolling them. I’m certain my parents had children solely to mulch the backyard, and I’m certain that Kelly Ripa had children (especially Lola) so she could lovingly make their lives a living hell, and I’m here for it. I can’t wait to do the same to my own daughter one day! I’m taking notes. Here are all the best times Kelly Ripa has trolled her children.

Like most teenage girls, Lola is particular about which photos she’ll allow her mother to post of her on Instagram. This makes complete sense because Kelly has over two million followers, half of which I’m sure are ready to call a teen girl a washed-up street dog or something equally vile. The internet is the best place!!!! Kelly respects Lola’s request and gives her photo approval, but also roasts her for it, as any good parent would. For example, when wishing Lola a happy 17th birthday, Kelly claimed she couldn’t get any photo approval so just posted a picture of Lola when she was still in the womb.

Honestly the only thing that would have been more savage would’ve been if Kelly had posted Lola’s sonogram. Maybe next year??

Kelly also engages in lots of very suggestive flirting with Mark over Instagram. Take, for example, this one:

Lola felt she couldn’t let this moment pass by and commented “is this caption necessary” which I think is a very sweet way of saying “could you two get a room, preferably with a locked door?”

Kelly and Mark also decided to engage in some light foreplay in the post below, and while it appears none of their children commented on the exchange, I’m sure they saw it on IG and also in their nightmares.

I’m just imagining Kelly and Mark sitting in the same room, giggling to themselves as they reply to their own Instagram comments. And then their children, reading this and gagging at their parents making jokes about group sex. Also RIP Luke Perry, I’ll never stop missing you and I’ll never stop rewatching season 1 of Beverly Hills, 90210 an unhealthy amount.

But even though Kelly does troll her daughter online, she is also willing to troll herself, which I appreciate even more. Most celebrities take themselves way too seriously *cough* Leonardo DiCaprio *cough* so when one of them demonstrates even the slightest bit of self-awareness I’ll give them props. I know, I’m like, really generous.

I think this is my favorite interaction between Kelly and Lola because it involves self-mockery, 90s fashion, and Hiram Lodge doing what he does best: sucking. Plus, it also shows that beneath Kelly’s deep dark desire to torment her children for her own pleasure, she also is a generous mom, and probably has an amazing closet she shares with Lola. If I had to make a deal that in order to wear all those designer clothes I had to occasionally walk in on my parents having sex, I can’t say I’d turn it down. Oh wait. Yes I would. I really, really would.

And those are some of the ways Kelly Ripa trolls on Instagram! Personally, I don’t think I’d be the perfectly well-adjusted pretty okay human that I am today if my own mother had not simultaneously trolled me and loved me, so I think Kelly is doing something right. But I will say, for God’s sake, get a lock on your door!