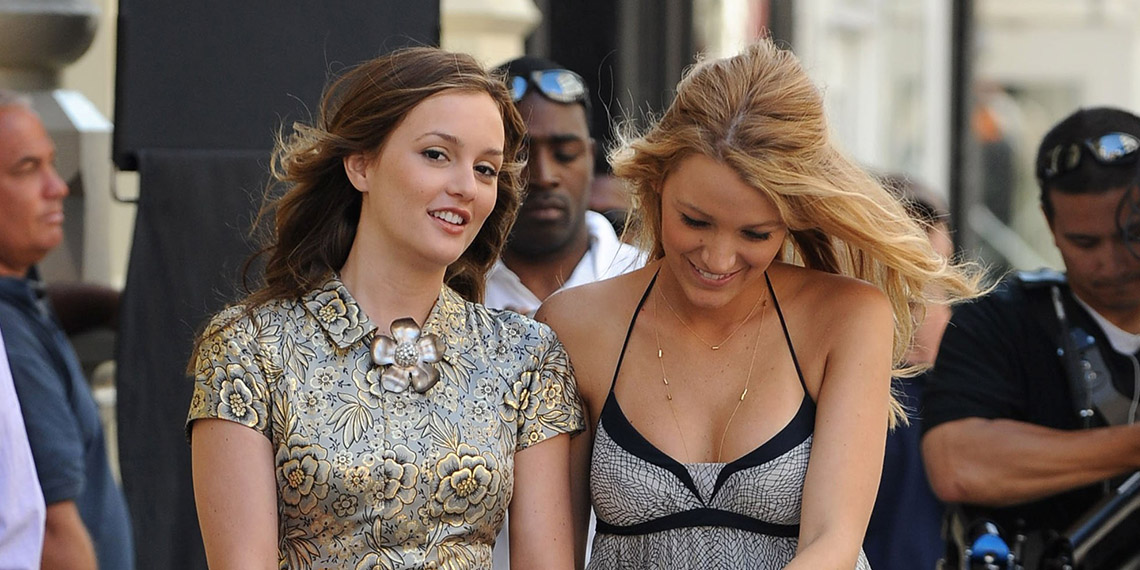 The Throwback TV Shows With The Messiest Hookups

Anyone who knows me knows that I think Gossip Girl is the holy grail of terrible TV, and in these times, it has brought me a lot of comfort. Seriously, when I’m down and feeling blue because I haven’t seen another human being IRL since mid-March, just got laid off, and have been subsisting on DiGiorno for way too long, I think about that episode when everyone found out that Blair boned Nate and Chuck, and even Jenny didn’t want anything to do with her. Like, what’s a pandemic compared to Blair Waldorf’s slow and painful demise in the first season??

I obviously had to start with the messiest show of all time. In the first and best season, the couples kind of make sense since the characters are all supposed to be juniors in high school and the writers have lots to work with. Nate and Blair have allegedly been dating for 10 years (which means they started seeing each other when they were six, k) and Dan and Serena start dating. Again, this all seems normal. I stan! But then, the rest of the seasons happen and it is very clear that the writers were just kind of like, “idk whatever.”

Without going into too much detail because I have a word limit, I’ll just say that pretty much all of the guys in this show are eskimo brothers. Dan and Nate both hook up with Blair, Serena, and Vanessa; Jenny hooks up with Chuck and Nate; and Ivy, a random character who doesn’t matter, hooks up with Dan, Nate and Rufus (!!). I’m not necessarily judging because everyone on this show is disturbingly attractive, but still, it’s a little crazy. These people are supposed to live in New York City and can’t find anyone outside their social circle to hook up with? Unrelated, but after season four, everyone just stopped going to college and no one acknowledges it.

There is definitely some cross-contamination here even though it’s more subtle than that of GG. On a show with 10 seasons, it’s easy to forget who hooks up with whom, but luckily, I remember. Obviously, the two main couples are Ross and Rachel and Chandler and Monica, but there’s some overlap I haven’t forgotten about. Yes, I’m talking about Rachel hooking up with Joey. Let’s not forget that Phoebe also kissed Joey, although they never ended up together, even though Joey did propose. I’m also convinced that Monica and Chandler only got together because the writers didn’t feel like bringing in a new character crazy enough to date either of them.

There obv aren’t so many inter-cast relationships on Friends as there are on Gossip Girl, but there are def a few instances of the Friends dating the same people. For instance, Joey and Ross both dated the hot science lady, Charlie, and Joey and Chandler both dated Kathy. Ugh, come on, you guys!

I truly believe this was one of the best shows literally ever. If you haven’t watched it because you were too young to understand what was happening when it was on TV, give it a watch now. It’s on Hulu. Anyway, as its name implies, the main characters are all married, but there is one singleton who I absolutely live for. Edie Brit is the Samantha Jones of Desperate Housewives, and she has loves to f*ck her friends’ ex-husbands. Is it just me or does that sound like an intro on a Bravo show? She dates Gabby’s ex, two of Susan’s exes, and makes out with Bree’s ex. Yikes! Even though I love Edie as much as I love this show, which is a lot, I always thought that plot line was kind of weird and pointless.

There were two really weird love triangles in this dumpster fire of a show: Adam/Jessa/Hannah and Ray/Marnie/Shoshanna. First of all, the whole premise of Girls is that, at least for a little while, they’re all bound by their strong female bond, so why are they all so quick to date each other’s boyfriends? Also, I’m confused why two gorgeous, cool, impressive women are both so into Old Man Ray. We’ll never know.

Unlike my experience with Gossip Girl, I watched this show when it was on television and have not thought about it since, so my knowledge of inconspicuous details is pretty unimpressive. However, one thing I’ll never forget about this iconic mess is the love triangles. First we have Lucas/Peyton/Brooke then we have Nate/Peyton/Brooke. Uhhhhhh. Brooke and Peyton are the Blair and Serena of the early 2000s, so I guess it makes sense that they’re both down to hook up with each other’s boyfriends. The Nathan/Brooke situation was never super serious, but Lucas and Peyton got married! After she seriously dated Nathan! What! Does that make them the Dan and Serena of this show?

What did I miss? Are there any other shows where the cast loves to bang each other? Let me know in the comments!