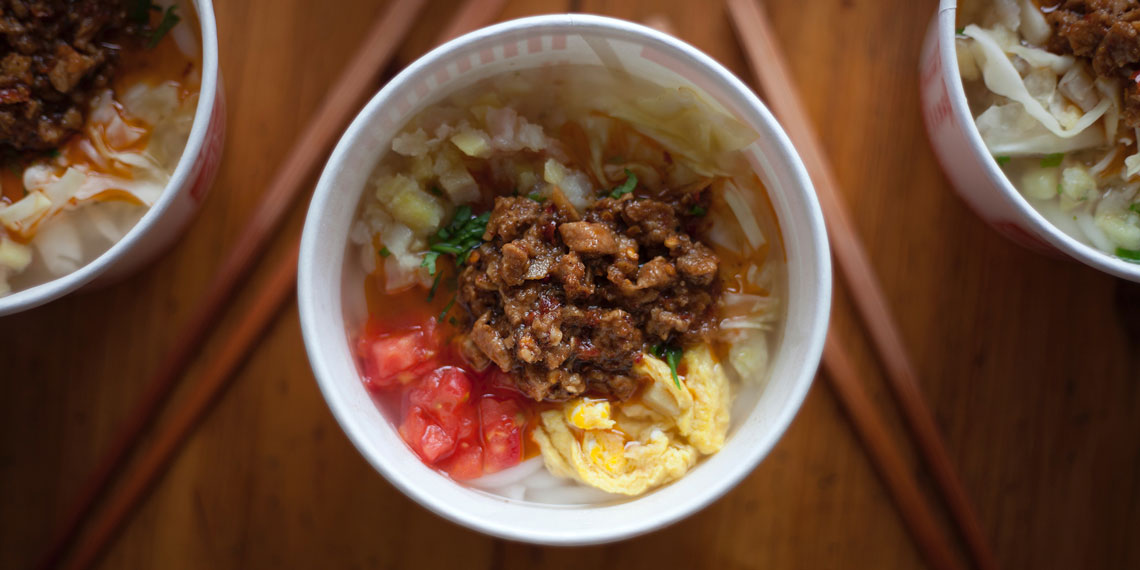 Today’s tea is piping hot and honestly probably too flavorful for the likes of Arielle Haspel, a self-proclaimed nutritionist who has opened what she calls a “clean” Chinese restaurant in New York’s West Village. The restaurant is called… wait for it… Lucky Lee’s. Look, we don’t have to tell you that she’s white, but we will because how else will you know the food at her restaurant is “clean”? In her words, her food won’t make you feel “bloated and icky the next day”.

This tells us a few things. One, she clearly has not been privileged enough to have Chinese friends invite her over for good home cooked Chinese food, and honestly, we feel for her. Like, she probably has only ever eaten Chinese food when she gets it from a takeout Chinese restaurant when she’s hungover or wants to feel like she’s “cultured.” Two, this woman has not studied abroad, and if she has, then she probably got trashed in public and only hung out with Americans the whole time. Honestly, she probably still wears a sombrero on Cinco de Mayo and we’re embarrassed just thinking about it.

Like, let’s get one thing straight. Takeout is fast food. Saying Chinese food makes you feel sick because you’ve only ever eaten sh*tty Chinese food is like visiting America and only eating McDonald’s and then thinking that all American food is greasy and comes with an action figure. Like, has this poor woman ever heard of Din Tai Fung? Honey, if you can’t afford a nice Chinese restaurant, I’m sure someone will donate to your GoFundMe. Truly we cannot stop laughing at the idea of this entire thing, because while wanting to eat healthier is totally valid, she missed the mark so hard in this marketing that she must not have enough cool friends who could have told her to definitely not do this.

The other day we received some negative comments on an Instagram post. Some of your reactions made it clear to us that there are cultural sensitivities related to our Lucky Lee’s concept. We promise you to always listen and reflect accordingly. A number of comments have stated that by saying our Chinese food is made with ‘clean’ cooking techniques and it makes you feel great that we are commenting negatively on all Chinese food. When we talk about our food, we are not talking about other restaurants, we are only talking about Lucky Lee’s. Chinese cuisine is incredibly diverse and comes in many different flavors (usually delicious in our opinion) and health benefits. Every restaurant has the right to tout the positives of its food. We plan to continue communicating that our food is made with high quality ingredients and techniques that are intended to make you feel great. Chef/owner, Arielle’s husband’s name is Lee and his life-long love of Chinese food was inspiration for the restaurant. The name Lucky Lee’s reflects the story of how the recipes were conceived. We also received negative comments related to being owners of a Chinese restaurant but not being Chinese. Owners Arielle and Lee are both Jewish-American New Yorkers, born and raised. Similar to many other Jewish New Yorkers’ diets, bagels, pastrami sandwiches and yes, American Chinese food, were big and very happy parts of their childhoods. New York is the ultimate melting pot and Lucky Lee’s is another example of two cultures coming together. To us, this is a good thing. We love American Chinese food and at Lucky Lee’s it is our intention to celebrate it everyday and serve great food. #luckyleesnyc

She’s since removed the controversial language in her IG post, but when it was up, she called her restaurant a healthy alternative to “oily” and “salty” typical Chinese cuisine, claiming her restaurant was for “people who love to eat Chinese food” and “and love the benefit that it will actually make them feel good.” In other words, girls who will do a line off a bar bathroom toilet but can’t handle a little bit of garlic. I’m not speaking for all Chinese people, but yawn, call me when a white person will admit that cheese gives everyone diarrhea before complaining that Chinese food makes them sick.

Furthermore, calling the restaurant Lucky Lee’s is just like, so cringeworthy. Apparently her husband’s name is Lee, but somehow we don’t think she would have called it like, Lucky Connor’s if that was his name. It would be like if a Chinese person opened a diner called Becky With the Good Flavor and promised American food with actual seasoning.

Lucky You! You’re invited to the opening week of LUCKY LEE’S located at 67 University Place between 10th/11th Street. Get your chopsticks skills ready for Baked General Tso’s Chicken, Orange Cauliflower and Kung Pao Mushrooms. As luck would have it, we cook with fresh local veggies, pasture-raised chicken and grass-fed meat. Our recipes are made with less oil, non-GMO oil and no wheat, gluten, peanuts or refined sugar because we care about how you feel and we want you to feel great (and lucky!!) Can’t wait to see you starting Monday, April 8th ??? #bewell #luckyleesnyc #luckylees #newrestaurant #newyorkcity #feelgreatchinese ? @mark_roskams

If a Chinese person wants to befriend Arielle Haspel so she doesn’t do this kind of thing again, they could probably write it off as philanthropy because this woman needs help. Because, honestly, gluten free Chinese food isn’t a bad idea—it’s the implication that every single Chinese restaurant is unhealthy and bad for you that makes us want to cancel Lucky Lee. Hit us up when you figure out gluten free hot dogs too, thanks babe.