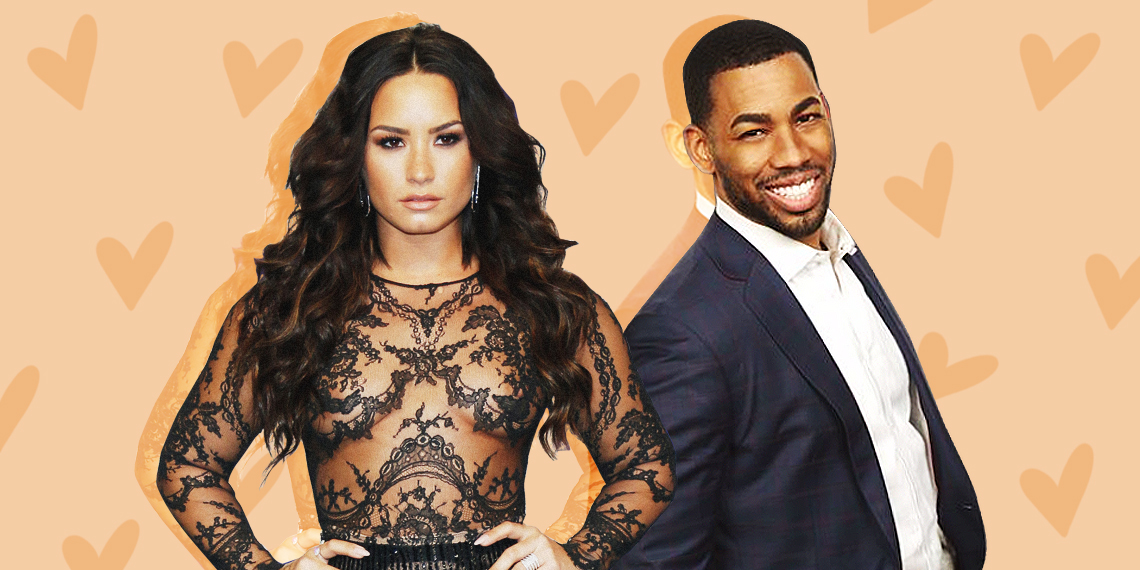 UPDATED: A Timeline Of Mike Johnson And Demi Lovato’s Relationship

If you’re even mildly caught up on what goes on in Bachelor Nation, then you probably know that the latest trend is Bachelorette rejects hooking up with famous women. Wells and Sarah Hyland are engaged, Gigi and Tyler seem to be getting more and more serious, and now we have confirmation that Mike Johnson and Demi Lovato are hanging out. This is not a drill.

It’s too soon to know if this is going to be a serious relationship or just two hot people having a good time, but either way, I need to know everything ASAP. Here’s a timeline of what we know about Mike and Demi’s relationship so far, because it’s been quite the journey since earlier this summer.

Demi Lovato wasted no time making her crush on Mike known to the world. She posted often about watching Hannah’s season of The Bachelorette, and singled Mike out as her favorite guy. Obviously things didn’t work out with Mike and Hannah, which is for the best as far as Demi is concerned.

A few weeks after Hannah’s season finished airing, Mike was still playing it cool about any potential involvement with Demi Lovato. On August 19th, he told People TV “We have not connected and we have not exchanged any freaky texts at all.” Boooooo. But like I said previously, because of Mike’s casting on Bachelor In Paradise, he really couldn’t have said anything at the time. We’ll probably never know if he was telling the truth about the lack of freaky texts, but given more recent events, it really doesn’t matter now.

September 5th: Flirting In The Comments

A couple weeks ago, Demi Lovato set the internet on fire when she posted an absolutely stunning picture with a caption about facing her fear of posting unedited photos. She got dozens of positive comments from celebrities, but the most important one was a thirsty little message from Mr. Mike Johnson himself. His comment was already amazing, but then DEMI RESPONDED.

After a summer of casually shipping them and wondering if anything might happen, this was the first time it started to feel real. There’s a big difference between Demi rooting for Mike on a reality show and her responding to his flirty comment on her picture. She has like 75 million followers, so she’s not just shouting out people at random.

After the IG comments, Mike and Demi low-key stayed on our radar, but there were other important things happening in the world. I wasn’t going to hold my breath for them to be seen in public together, but then IT HAPPENED. On Friday night, the dream was realized when Mike and Demi were spotted getting dinner together at LaScala in Beverly Hills.

I first got this information from a firsthand source in a private Facebook group, but I wasn’t allowed to break it because it’s against the rules of the group. But it wasn’t long before the information spread, and it was reported by every tabloid possible. Mike and Demi arrived together through a back entrance, stayed for a couple hours, and Demi was laughing the whole time. I don’t know for sure, but this doesn’t sound like the first time they were meeting.

The day after their appearance together at dinner, sources came out of the woodwork to comment on the burgeoning relationship between Mike and Demi. This kind of thing always happens, and whether the sources are accurate or not, I can’t not pay attention to them. A source told People that Mike and Demi are “having fun and getting to know each other,” and that “they’ve been talking privately for a bit and hanging out.”

For a bit?? A BIT?? What does this mean? “A bit” is obviously not an exact unit of measurement, but this wording makes it sound like they’ve at least been talking for a couple weeks. If they’re following the Gigi and Tyler timeline, that means they’ll basically be living together by the end of this week. Love to see it!

Obviously, we’re keeping our eyes and ears open for further signs that Mike Johnson and Demi Lovato are going strong, so we’ll keep this updated as we know more. Demi deserves a normal relationship, and this is the one acceptable excuse for Mike not being the next Bachelor. Basically, I’m here for this.

Things appear to still be going well for Mike and Demi, because Mike still can’t stop talking about her. This week, Mike went on Ben Higgins and Ashley Iaconetti’s Almost Famous podcast, and he didn’t shy away from talking about his connection with Demi. Mike said that he loves Demi’s tattoos, and then added that “she kisses really well.” Sorry, but ew. Trust me, I’m no prude, but there’s something weird about hearing a grown man talk about Demi Lovato being a good kisser.

Mike also added that Demi Lovato is the “aggressor,” which he finds “incredibly sexy.” So basically, Demi’s a top, which should come as a surprise to literally no one. Demi has some of the biggest dick energy around, and Mike just confirmed it. He also recently confirmed to E! News that Demi is the only person he’s talking to at the moment, so I feel like this couple isn’t going anywhere.

Mike asking out keke palmer on live tv. The shot was taken. (@enews)

Smh, so I guess these hoes ain’t loyal, because Mike asked Keke Palmer out on a date on live TV on an episode of Strahan, Sara & Keke (which I did not know was even a show). So this probably means things with Demi are cooling down for a bit, because it would be extremely stupid to publicly ask out one celebrity while you’re currently dating another celebrity. I have to believe Mike is not that stupid.

On top of that, on the same day, Mike spoke to UsWeekly about Demi, saying he’d “never kiss and tell” (even though he already did…) and wants to “keep it 100” with himself moving forward. He also told them, “I will say this, that Demi is amazing. I think that she’s a beautiful individual inside and out.” Okay, like, is that not exactly what you say about your ex who you’re on decent terms with and still looking to smash?? It obviously could genuinely mean they are still figuring things out, but combined with the Keke date, it doesn’t look too good for Mike and Demi. I guess, for all the upset over Bachelor guys dating famous women, many of these relationships don’t seem to have much staying power.