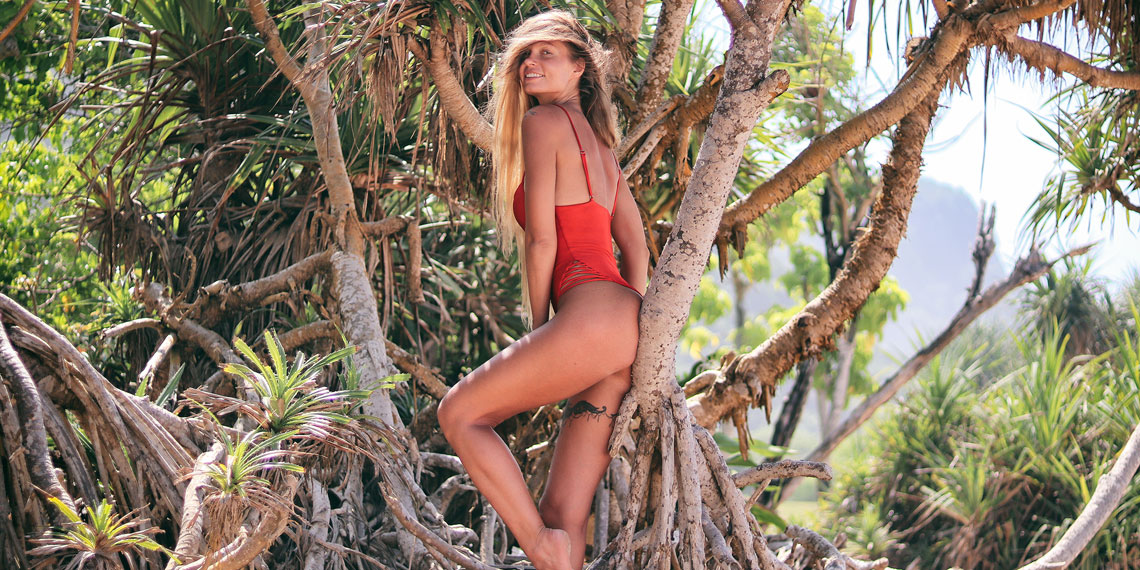 A Ridiculous Influencer Trip Is Happening This Weekend

There’s something that’s just so fascinating about influencers and the lives they lead. Like, who takes all their pictures? How much money are they really making? I think the reason we all love to rag on influencers is that what they do is ridiculous, but we’re all still a little bit jealous. I’m convinced it’s why so many people have been following Marissa Casey Fuchs’s “surprise” live engagement that unfolded on Instagram stories. It’s why we all felt a smug sense of satisfaction when Arii couldn’t sell enough clothes to launch her retail line. And it’s why I f*cking cannot even with Amaryllis, a fast fashion brand that is taking a bunch of influencers on an “immersive travel experience” called #AmaryllisAbroad, where, according to the press release I received, “like-mind influencers will network, grow their brands, cultivate relationships and create lasting memories.”

Ugh, barf. This sounds like the most obnoxious bachelorette party ever. Like, really, what is an “immersive travel experience”? Just call it a trip. That’s what it is. All travel is immersive, I’m pretty sure.

So here’s what’s happening. Amaryllis Apparel is taking eight influencers to Turks and Caicos. The influencers will stay in a 15-bedroom oceanfront villa (but why, if there are only 8 influencers?) and “participate in a fun-filled itinerary which includes horseback riding on the beach, sunset cruises, spa days and brunches on the beach.” First of all, I will forgive you, Amaryllis, for losing my invite in my DMs. Second of all, damn, this sounds fun. I’m not bitter, you’re bitter!

As for the identities of the lucky eight recipients of this incredible trip? We’ve got Ashlee Nichols (@ashleeknichols), who has 235K followers on Instagram; Ashley Hargrove (@dtkaustin), who boasts 139K followers; Caitlin Covington (@cmcoving), with a whopping 964K (I bet Caitlin is pissed to be on the same trip as these lowly 100K peasants); Dani Austin (@daniaustin), with 261K followers; Jessi Afshin (@jessi_afshin), who’s got 295K followers; Jordan Underwood (@jordanunderwood), who has 277K devoted fans; Savannah Roach (@savrosee), who has A MERE 23.7K people “asking about her hair routine” (seriously, how did she get on this trip); and finally, rounding out this list is Shea Leigh Mills (@shealeighmills), with 220K followers.

Let’s take a gander at the lucky ladies, shall we?

Had the best time at the @tula product launch party! Loved seeing so many sweet girls and meeting the ladies behind the brand! Seriously such an amazing brand that I’m so thankful to represent! If y’all missed it, there is a new face filter primer that is AMAZING! Use the code ASHLEE20 for 20% off it and any other Tula products! I’m obsessed with everything! Also picked up this new under $60 dress after my breast milk mishap ? check my stories for a good laugh! #tula #tulaobsessed http://liketk.it/2CxMs #liketkit @liketoknow.it #LTKtravel #LTKunder50

Spent most of the day running last minute errands for my Turks & Caicos trip in the most comfortable @timberland sandals EVER. I was searching for the perfect pair of summer sandals and hit the jackpot on @zappos! (Y’all know they offer free next day shipping, right?!) Now, the only thing missing in this pic is Mr. Steven Jalapeño and a glass of rosé! ?? Head to my Stories to see more details and to shop! A ton of y’all have messaged me saying your size already had sold out so HURRY and grab them before they’re ALL gone. #ad #gotitonzappos #Timberland

Heading somewhere superrrr fun (and tropical!) today with @amaryllis_apparel! ? This is my travel outfit for today – both my top and pants are less than $35 & are so comfy for a plane ride! Can’t wait to share with you guys where we’re headed – it’s somewhere I’ve never been plus a few of my favorite blogger babes will be there too ? Shop my outfit in the LIKEtoKNOW.it app: http://liketk.it/2CG4o #airportstyle #airportfashion #travel #LTKunder100 #LTKunder50 #LTKtravel #amaryllisabroad

Back from Malibu with my boo! ? We soaked up some sun. ☀️ We danced until the break of dawn. ?? But nothin’ like coming home to our little girl waiting for us. ? Starting the week off with a little somethin’ somethin’ surprise for you hot sassy mamas. ??‍♀️GIVEAWAY! ?? Giving away F O U R $500 gift cards to @evereveofficial . To enter – Follow: @evereveofficial @holliewdwrd @lipstickheelsandababy @kbstyled @courtney_shields @sarahknuth @chelseaolivia13 @nataliekennedyblog @jordanunderwood @jesshogancrum @kathleen.post @karinastylediaries @dthompsy @tallblondebell @daniaustin @latishaspringer @shannonwillardson @pinterestingplans @mumuandmacaroons Leave a comment below (customize this to you) Bonus Entry: follow each of us in the @liketoknow.it app – available in the App Store Closing: Giveaway ends on 6/23 at 12:00am EST. The winner will be announced on 6/24 and must be claimed within 48 hours. By entering, entrants confirm they are at least 18+ years of age, release Instagram of responsibility, and agree to abide by Instagram’s terms of use. . . http://liketk.it/2CDmd #liketkit @liketoknow.it #holliexevereve

Stars and Stripes ⭐️ wearing my @sanctuary_project star choker (which is 25% off just for you girls this weekend, link on IG story) with a jumpsuit full of stripes ❤️ also linking more summer jumpsuits! Happy Father’s day to your papas and happy Sunday! Shop a ton of cute jumpsuits via the @liketoknow.it app! http://liketk.it/2CAYK #liketkit

? Had the most gorgeous beach dinner of allll time with the best people ever!! And was able to catch this pretty sunset too ✨ This @amaryllis_apparel dress is one of my fav throw-ons from the trip – so easy and the cut is so flattering! ? #amaryllisabroad You can instantly shop all of my looks by following me on the LIKEtoKNOW.it app http://liketk.it/2CIWV #liketkit @liketoknow.it

hearing country music from the rooftops ALL weekend long! ?? day one of #cmafest was a hit & ended with a VIP show with lots of horses in the back… see my stories for an amazing show featuring my ole pal @billyraycyrus & the ever entertaining @lilnasx ??? @cmafest @spotify @liketoknow.it #liketkit http://liketk.it/2CnS6 #cmafest2019

Wow, what a truly diverse cast of characters we have here! I’m honestly surprised they aren’t all named Ashley and Caitlin, and furthermore, that we have no Laurens in the group. I guess being a travel/lifestyle/fashion influencer is mostly a white girl’s game, but not even one redhead??

#AmaryllisAbroad is happening now, from June 19th through June 24th, so you can hate-stalk all these ladies’ stories this weekend. Amaryllis also launched a collection called the #AmaryllisAbroad Collection, in case you want to dress like a person who starts 70% of their Instagram Stories with “Heyyyyy guyssssss.” The collection features pieces that are actually very cute and super affordable, like this $35 jumpsuit.

Amaryllis Apparel Catalina Jumpsuit
Damn it. This insane, marketing ploy is so annoying that it just might work. Join me in hate-following this trip all weekend, since that other girl is engaged already. I need something to propel my envy until Monday.