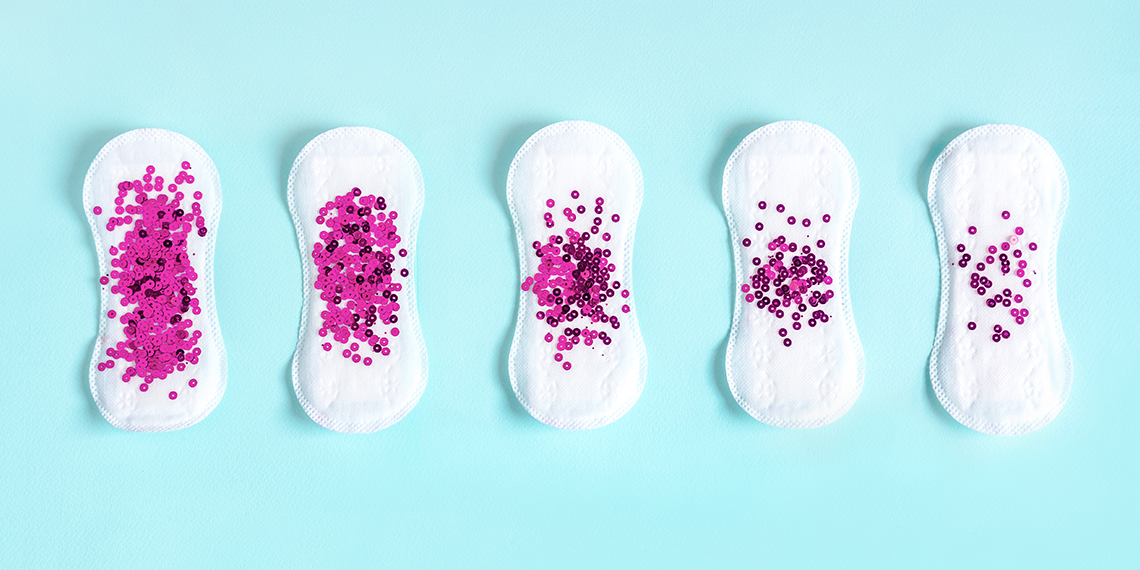 A New Study Revealed A Huge Misconception About Periods

There are a few facts in this life that we can count on. Men lie. People who say “I’ll pay you back” will never pay you back. Your period will arrive like clockwork every 28 or so days. And before you come at me for that first assertion being untrue, I have enough text message receipts to fill the Old Testament to prove it. The bigger issue is that a new study led by UCL and Natural Cycles, a contraceptive app, found that a basic assumption we take for granted about menstrual cycles is not actually a given. And by that I mean, this “rule” that your period comes every 28 days? You know, the premise that a lot of hormonal birth control packs are based off of? Yeah, it doesn’t even apply to a vast majority of women. Cool cool cool cool cool. Good thing we don’t base a whole slew of other science on this premis—oh wait.

The study, published in Nature Digital Medicine earlier this week, examined over 600,000 menstrual cycles of 124,648 women who used the Natural Cycles app. These women were from the United States, Sweden, and the UK. Researchers set out to look at how menstrual cycles were influenced by factors like age, BMI, and body temperature, in order to try to understand when women are more or less likely to get pregnant. Now, to be clear, the sample size of this study is not a complete accurate representation of the general population. For one, the sample only consists of app users. For another, only 8% of the app users in the study are obese while 15% of women in the general population are obese. Finally, the study excluded those with a pre-existing condition that would impact fertility, like PCOS, hypothyroidism, or endometriosis, as well as women who were experiencing menopausal symptoms. This makes sense considering the study was specifically concerned with pregnancy, but it does mean its findings are not applicable to everyone.

Now that we’ve gotten all the disclaimers out of the way (shouts-out to the AP Psych class I took senior year of high school), let’s get into what the study found, because it’s actually very interesting. Researchers collected data from women ages 18 to 45, with BMIs between 15 and 50, who were using Natural Cycles from September 2016 to February 19. The women had not been using hormonal birth control within 12 months from registering for the app. So, remember how I said that it’s basically taken as gospel that menstrual cycles last 28 days? Yeah. Guess how many of the cycles actually lasted that long.

Just 13%. Thirteen percent of women in the study had 28-day menstrual cycles, and yet that timeframe is the basis for a lot of birth control methods and, equally importantly, fertility windows. If you literally Google “when does ovulation occur”, the top answer will tell you that ovulation typically occurs about 14 days before your period starts, if your average menstrual cycle is 28 days. The problem with this model is that, according to this study, very few women do have a 28-day cycle, and in fact, researchers actually found the average cycle lasts 29.3 days. And, furthermore, 65% of women had cycles that lasted between 25-30 days—but that means 35% of people (or over a third) do not. That is a good chunk of people who do not even fall into this window that we take for granted as “standard”.

I love period dramas, I have one every month

So why does this matter? Researchers’ big takeaway was that this has significant implications for people trying to get pregnant. As Professor Joyce Harper, one of the researchers of the study, put it: “ovulation does not occur consistently on day 14 and therefore it is important that women who wish to plan a pregnancy are having intercourse on their fertile days.” More specifically, these results are important for people who are trying to conceive and are using apps or cycle dates to predict fertility days. “An individualized approach to identify the fertile window should be adopted,” said Dr. Simon Rowland, Head of Medical Affairs at Natural Cycles. “Apps giving predictions of fertile days based solely on cycle dates could completely miss the fertile window and it is therefore unsurprising that several studies have shown that calendar apps are not accurate in identifying the fertile window.” Harper added, “In order to identify the fertile period it is important to track other measures such as basal body temperature as cycle dates alone are not informative.”

On the surface, it’s not a particularly shocking conclusion that all reproductive systems are not identical, or that in general, biological functions and processes are complex and unique to the individual and cannot be generalized to a neat window or category that fits every single person. But then again, this is done all the time—whether we are talking about menstrual cycle lengths, body mass index, diets, or anything else. Am I surprised we are only now just being confronted with data that confronts the standard 28-day menstrual cycle, given that understanding of the female anatomy seems to be so low on the priority list that the clitoris was not even fully discovered until 1998? No, I am not surprised. But this study is giving me, and the researchers, hope that more studies will be done on the menstrual cycle, particularly, clinical trials done in controlled settings. “These initial results only scratch the surface of what can be achieved,” said Professor Harper. “We hope to stimulate greater interest in this field of research for the benefit of public health.” She added that with increased interest in and dedication to doing empirical studies, “there is enormous potential to uncover new scientific discoveries.”