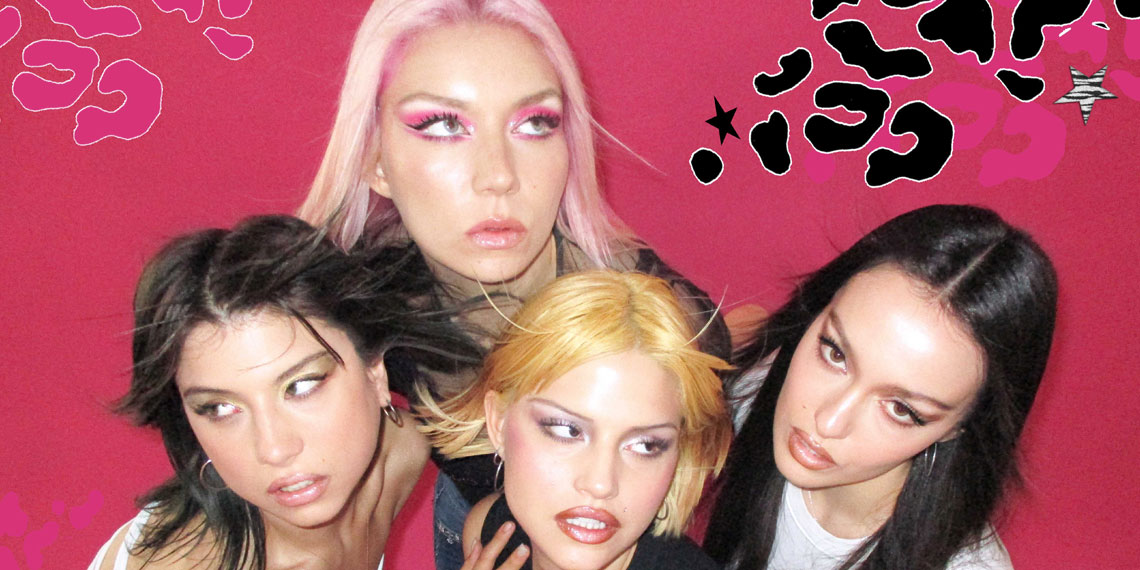 If you’re quarantining with your significant other, consider yourself lucky—no matter how annoying their snoring is or how badly you want to throttle them when they fail to take out the trash despite your numerous reminders. After spending a few months with only Me, Myself, and I, I’m slowly losing it and beginning to understand why Tom Hanks painted his own blood on a volleyball, let’s just say that. And another side-effect is that I’m literally living in one of those “Day 257 without sex” memes. If beaches weren’t closed, I might have gone to one just so the waves would slap my ass. Just kidding, but like, it’s real out here. Which is why it’s amazing that Nasty Cherry, the stars of Netflix’s I’m With The Band and Charli XCX’s protégés, came out with a song that’s all about ~feeling yourself~. It’s called “I Am King”, and it’s out today, May 22, via Vroom Vroom Recordings.

As for what it means to really be a king, each of them had a different take. Gabbriette said, “Being a king is loving what makes you you. Livin’ life how you want in your body.” To Debbie, “It means being fearless and needing nobody but yourself.” And for Georgia, “To me, being king means being the ruler of your own body, and having complete authority over it.” I cosign all these interpretations.

But we all have days when we’re not exactly feelin’ ourselves (whether it be literally or figuratively), and on those days, Chloe recommended, “Do an activity that makes you feel good and brings you joy. For example, when I’m low, I listen to Charli XCX and make pasta.”

After you check out “I Am King”, you’ll probably become obsessed with Nasty Cherry. The all-female group puts out music that’s fun and provocative (songs about masturbation, titles like “Music With Your Dad”, need I say more?). And they have a #tbt aesthetic that any 90s betch will live for. I asked about that, too. Georgia explained, “We all love the early 2000s aesthetic! We grew up with Lizzie McGuire, Bratz dolls, the Cheetah Girls, Christina’s Stripped album, etc., and have a lot of shared love for that period of pop music and film. 2002 gets such a bad rap for style, but it was f*cking fun—you could throw on a tracksuit with a pair of stripper heels and sunglasses and it was a look.” Ok, like, yes.

Couldn’t agree more, and I have a feeling that post-pandemic, tracksuits with stripper heels are going to make their way back. So dim the lights, maybe light a candle, and check out their newest single below.