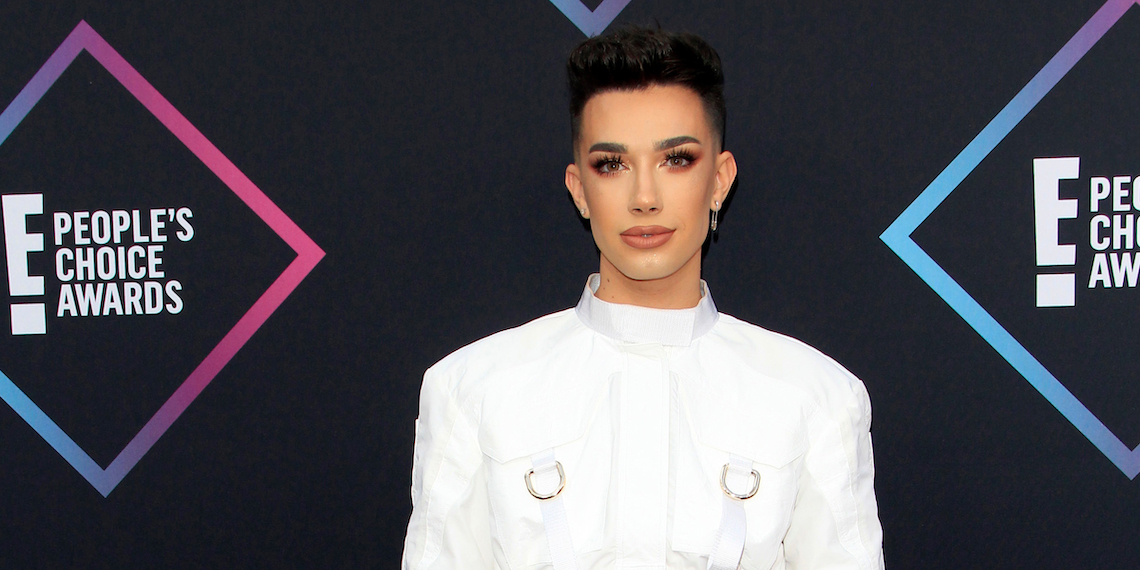 A Brief Summary Of The James Charles YouTube Drama

When it comes to pop culture, sometimes there’s just too much to keep up with. No matter how much you love celebrities and entertainment, everyone has certain blindspots. For example, I’ve watched over 600 episodes of Real Housewives, but I’m not ashamed to admit that I’ve only seen like, five episodes of Friends. Nobody’s perfect. This weekend, it’s become clear that many people share the same blindspot: YouTube drama.

The YouTube community is constantly full of drama and feuding, but the dynamics can be very complicated to understand. By far, the messiest corner of the internet is Beauty YouTube. The most popular creators are called “Beauty Gurus,” or BGs, because this is a whole thing. Basically, 80% of BGs have said/done/tweeted problematic things, and there are constantly feuds happening based on one person dragging another for sh*t that they’ve probably all done.

T0day, we’re focusing on two Beauty Gurus in particular: James Charles and Tati Westbrook. James is a 19-year-old who has had a meteoric rise in the last two years, culminating in attending the Met Gala this year. Last week, he had 16.5 million subscribers on YouTube, which is actually insane. Tati Westbrook is a married woman in her 30s, and she’s been in the YouTube game for a long time. When James Charles was first coming up, she mentored him, and he even did her makeup at her wedding. Before this whole thing started, Tati had 5.9 million subscribers. Nothing to be ashamed of, but James had obviously eclipsed her in popularity.

It’s important to note that James Charles already had a history of saying some problematic things. A couple years ago, a tweet joking about getting Ebola in Africa went viral, and he was issued one of my favorite non-apologies of all time in response.

In case you didn’t read til the end, James called Africa a country. Yeah. After going to the Met Gala last week, he also posted about how it was a major moment for “influencer representation.” Ah yes, influencers, the great oppressed minority in our society. In case you can’t tell, I’m not a huge fan of James, but that’s neither here nor there.

So here’s where the feud started. A few weeks ago, at Coachella, James Charles posted an ad for Sugar Bear Hair vitamins. This really isn’t anything out of the ordinary for an influencer, but it kicked off a mountain of drama, and that’s where Tati Westbrook comes into the picture. The thing is, Tati has her own hair vitamin company, and Sugar Bear is her main competitor. She was obviously hurt by her friend endorsing her competition, and she posted a two-minute Instagram story that was essentially a subtweet about when friends hurt you.

James’ explanation for the Sugar Bear endorsement was a little strange. He said that there was a security issue at Coachella, and at the last minute, Sugar Bear swooped in and offered to give him a security team in exchange for an endorsement. Um, is that how these things work? Tati obviously didn’t buy it, saying that the contracts for these things are all done in advance, and that there’s no way there would have just been an extra security team hanging out at Coachella.

The feud simmered for a couple weeks, but things finally boiled over on Friday, when Tati posted a 43-minute video basically dragging James Charles to hell. Obviously the vitamins were a part of it, but she got into some other sh*t that’s a little more sinister. She called out James for his predatory behavior toward straight men, saying that he talks about getting what he wants because he’s a celebrity. She also said that the way he openly talked about sex in front of her and her husband, as well as his own mother, made her very uncomfortable. She also called out James’ mom for not being in LA with him, saying that she needs to come take care of her son. The video was brutal, but Tati stayed very calm, and seemed pretty rational in all the things she was saying about James.

The video instantly went viral, and hours later, James posted a video of his own. It’s an 8-minute apology, where he basically owns up to all the things that Tati said, and doesn’t try to come back at her at all. Compared to his normal videos, where he’s talking a mile a minute and throwing in all the catchphrases humanly possible, the apology is a shocking departure. James’ video quickly became one off the most-disliked videos in the history of YouTube, as thousands of Tati’s angry fans flooded James’ channel.

In the aftermath of Tati’s videos, there have been some pretty monumental shifts in the dynamic. James has lost over 2.5 million subscribers, while Tati has gained over three million. There’s even a live YouTube stream showing their subscriber numbers side by side, and thousands of people have been watching it at all times. Jeffree Star, who is one of the biggest names in the YouTube beauty community, came out in strong support of Tati’s message in a now-deleted tweet:

Jeffree has done his fair share of problematic things in the past (read: racist tweets and videos), so it’s a little ironic that he’s calling James Charles a “danger to society,” but his words still carry a lot of power in this community. James Charles has also been unfollowed on Instagram by lots of famous people, including Kylie Jenner, Shawn Mendes, Kim Kardashian, Halsey, and Demi Lovato. Obviously, the message has gotten out that James isn’t a good person to be associated with right now, and they’re jumping ship left and right. Pop singer Zara Larsson even tweeted (then deleted) a statement corroborating Tati’s claims about James going after straight men, saying that he’s slid into her boyfriend’s multiple times.

As of now, neither James Charles nor Tati Westbrook have made videos since Friday, and they haven’t posted on social media, except Tati saying that she wouldn’t be posting a video on Monday like she usually does. Honestly, her reasoning is pretty hilarious, considering that this is a situation that she created.

There won't be a video tomorrow. My heart is still too heavy. I feel like I need to remind you that we can hold truth & inspire change without grabbing onto hate. Honor your blessings, don't abuse them. Celebrating pain will only bring it to your door. love you guys, see you soon

I’m sure she’s had a stressful weekend, but she also just needs a few days to figure out what she’s going to do to entertain her three million new subscribers. Her issues with James Charles seem to be legit, but you still have to wonder about the exact motives for taking him down in such a public, thought out manner. It’ll be fascinating to see what moves both she and James make next, but I have a feeling this is far from over.

So there you have it, welcome to a day in the world of beauty YouTube. Do you need a nap now? Because I do; all this sh*t is exhausting.