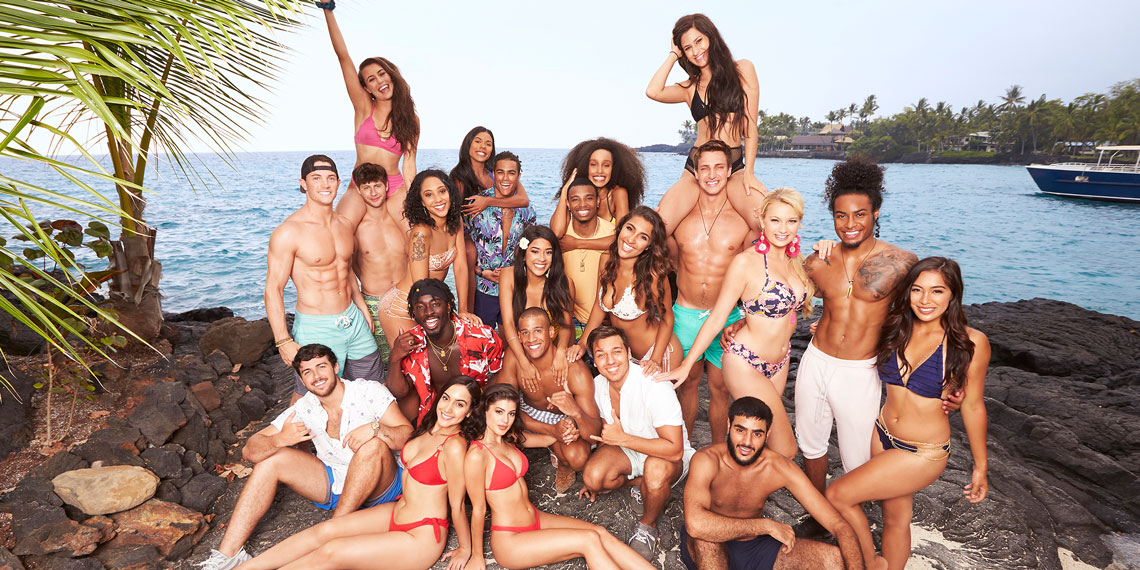 Just a few short weeks ago I had almost lost hope that Are You The One? would ever return to my TV screen. Where would I get my weekly fix of drunk people ruining their lives and future happiness for my enjoyment? Thankfully, People.com swooped in like the heroes they are with a new cast announcement. Sure, I had to sift through all the stories of murdered women and exclusives on Amanda Stanton’s latest cosmetic procedure, but I found it! And boy, if you guys thought they found last season’s cast in a dumpster in Tampa, just you wait until you see this year’s crop of baby prostitutes. Luckily, I’m here to break down the cast of Are You The One: Season of Fate for all of you. Enjoy!

MTV describes Andrew as a “larger-than-life Boston bro,” and so I already want to burn his house down and kill everyone he loves. BUT they go on to say that isn’t who he really is, he just plays up the bad boy angle because that’s who women want him to be. Yes, Andrew, we love to be treated like trash. You’re right! I’ve got 100 bucks $7.50 and a half empty pack of gum that says he’s the douchiest guy on this show.

Asia is dedicated to her dream of being an “on-air broadcaster.” Congrats, Asia! You made it! Wearing lingerie on camera and dry-humping a dude on the dance floor is kind of like being a TV anchor, right?

Literally I thought this guy was Davy Crockett wearing a coonskin cap. That is too much hair to bring to whatever semi-tropical locale MTV could afford this year.

Bria is described as an “overachiever on her debate team” which you know just means she’s the girl that hears someone say her name and immediately screams in their face that she’ll “end them.” Expect some restraining orders for her when the season’s over.

MTV describes Cam as a “black republican and Trump supporter.” So basically Cam is a robot created in a lab by drunk MTV scientists designed to create mass conflict and carnage. Someone needs to find his kill switch early in the season if the cast expects to survive.

Cali wears her “heart on her sleeve,” and a whole lot of nothing else, if her Instagram account is any indication.

Daniel’s cast bio has nothing but nice things to say about him. He’s described as hot-tempered, jealous, unfaithful, and has a partying lifestyle. Well f*ck me up right now, I’m in.

Jasmine bartends at the Jersey Shore during the summer, and we all know what that means—she has an STD. But don’t worry, I’m sure it’s treatable. She also describes herself on Instagram as “Philly’s Phinnest Miss September.” Those words literally mean nothing together. Google and I think it’s a spelling error and she meant “Phinest” so Jas if you’re reading this, can you fix that and also sorry I said you had an STD.

I had high hopes for Kwasi when I saw his abs and his degrees in biology and public health. But that quickly went downhill when I learned Kwasi refers to himself as “Kwasi Beast.” LADIES, WE DESERVE BETTER. Women are at a tipping point here, and I swear to God something like Kwasi Beast is going to send us over the edge. It’s time to revolt.

Kayla’s bio was stolen from a template titled “problems women have with relationships.” She’s been hurt by love, she doesn’t trust anyone, yada, yada, yada. Kayla will be this season’s most basic b*tch who everyone is into even though she is boring af.

Lewis is a comedian, so we already know he’s about to be friend-zoned by every single one of these girls. By the end of the season his best gal pal will let him cuddle in bed with her and lightly graze her boobs, but NO FURTHER. She will also say “you deserve someone so much better than me.”

Kenya was raised by blind parents, which is a blessing for them, because now they don’t have to see all her bikini selfies and only have to listen to her ruin her life one drunken hookup at a time.

Okay, these MTV bios make everyone sound like they’re suffering from Dissociative Identity Disorder. Moe is “dedicated to giving back” and “leads with warmth” but Moe can turn into a “total jerk.” His relationship success depends on “which Moe is in control.” I have an idea, let’s prescribe everyone antipsychotics and then maybe they’d be better at relationships.

Which Moe are you, tho?

Lauren is this season’s obligatory pageant queen. I’m calling it right now: Lauren won’t find love with any man this season. In a shocking twist, Lauren and Kenya find love together, and are the show’s first same-sex couple. They will wear it with pride.

Shamoy is from the U.S. Virgin Islands and is hoping to launch a successful clothing line. Based on the clothes I’m seeing him wear on his Instagram (@shamoyy), I’d say that’s about as likely to happen as the MTA ever getting me anywhere on time and without an unidentifiable stain on my body.

Sure, I’d trust this man to dress me.

Maria is the third person so far from New Jersey, so maybe that’s where they found their dumpster full of cast members this year. And I say that with love, it’s where my mom found me as well.

Oh hi Tevin, that sure is a smoldering look you’re giving me. And that’s how I know he’s about to f*ck every girl over. He also has a tattoo on his chest that says “Family First” which you know means he’s just going to cheat on you with your hotter sister.

Apparently Morgan has no filter and needs to be in control of all aspects of her life. Well Morgan, that sounds a lot like me, and I spend my nights alone watching Bravo and ordering pizza from different restaurants so the regular delivery man doesn’t start to recognize me. So best of luck to you on your journey to find love! I hope you’re not lactose intolerant!

Tomas moved to the US from Argentina at age 11, and according to MTV, has been “charming the pants off women ever since.” Mmmmk. I hope one of these women wipes that smirk right off his pants-charming face. Preferably with their fist.

Her name is Nutsa, and I’m not going to make fun of it because perhaps it’s a traditional Georgian name and I don’t want to be insensitive but MY GOD MTV why are you putting a woman named Nutsa on a show with men that have the emotional maturity of my left pinky? “Wanna see my Nutsa” are 100% going to be the first words out of Andrew Couture’s mouth.

Well Zak looks adorable, but he’s the only one whose Instagram isn’t working so I can only assume he took it down because he is a convicted sex offender or recently liked some racially insensitive posts. Am I right, ABC? MTV also describes him as a “supervillian,” and like, do we really need to drag The Joker into this?  This guy is just a tool with a below-average IQ, I doubt he has the brain capacity to be intentionally nefarious.

Samantha is wearing a T-shirt that says “Babe” in her cast photo, so at least we know she has confidence. She’s also described as “ambitious” which means she’ll definitely parlay this show into a flat tummy tea sponsorship when it’s over. It’s important to dream big.

And that’s everyone! You can catch these fame whores ruining their lives beginning Wednesday, August 8th at 10/9 central on MTV.