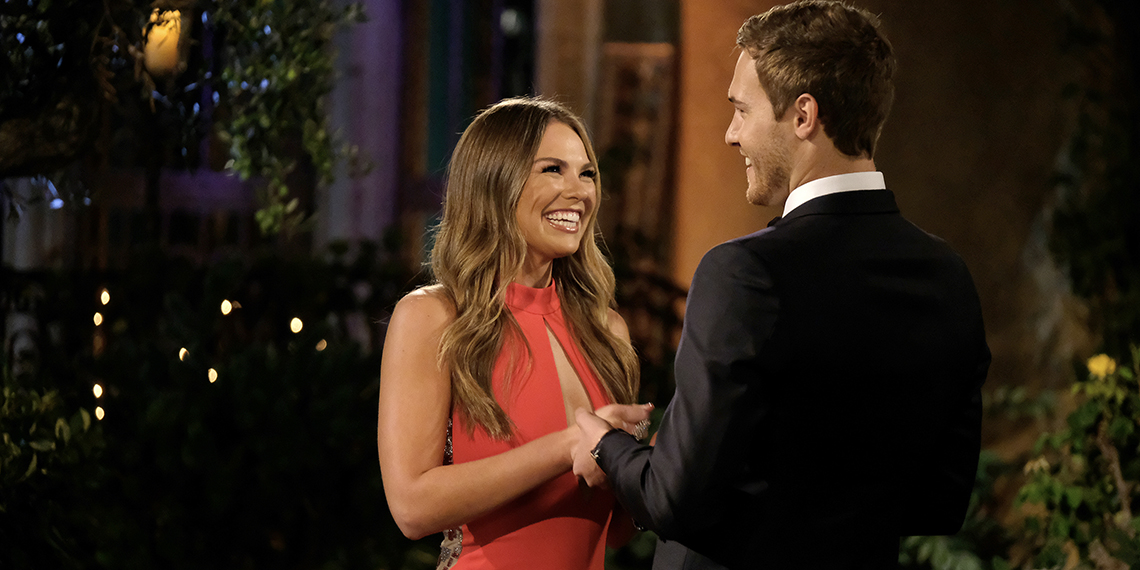 A Breakdown Of The “Alabama Hannah” Diss Track

I hope you all enjoyed your three-month furlough from The Bachelor, because it’s time to scurry back to prison, where we’re all forced to watch aspiring Instagram models who are pretending to fall in love blind us with their veneers for 2-4 hours a week. The break was nice while it lasted! And now that it’s back, so is the wall-to-wall coverage. And that coverage doesn’t just include the show itself, but all the stories that are constantly being written about it (hi) and now, apparently, a song about the former lead, Hannah Brown.

That’s right, country star Jake Owen went live on Twitter on Thursday night to reveal a song he wrote called “Alabama Hannah.” Subtle. It’s like if I included the Instagram handle of every person I shaded in these articles instead of the classy way in which I simply allude to how they’ve wronged me and then threaten to burn down their house. Now, many of you might be asking who Jake Owen is, and I guess that’s a valid question from you sad, sad  people who haven’t yet discovered the beauty of country music. Since I’m so sweet, I’ll help you out here. Jake Owen is a country artist who is not as good as Tim McGraw, Jason Aldean, Luke Bryan, Eric Church, or Chase Rice. Got it? So Jake posted this video, explaining his new song and then singing it. Take a listen here, and then let’s break it down together.

That was a lot. Let’s first talk about his preamble. Jake says that on Monday night his girlfriend had the new season of The Bachelor on and that all he heard about was Alabama Hannah. I understand how this could make him upset, when there were so many other cosmetically-enhanced chests attractive ladies on screen with important things to say! He also reminds us that he was on Hannah’s season of The Bachelorette playing “Made For You” in “Rhode Island or somewhere.” SURE, JAKE, pretend like you don’t remember where you were right before every 19-34-year-old woman in America added your song to their “future wedding” playlist *raises hand in shame*. He also says he started to feel for “this Peter guy,” because sympathy is definitely the emotion we should all be feeling for a man who has his pick of 30 beautiful women throwing themselves at him.

I would also like to mention that even though we are calling this a diss track, Jake specifically mentions that he loves Hannah, and this is not meant as a diss on her name, he thinks she’s a sweet girl. A sweet girl who he is just trying to capitalize off of, ALRIGHT?

Now, let’s talk about the song itself. I really liked “Made For You”, but does “Alabama Hannah” seem like it was written by an emo 16-year-old working through his feelings in his basement, waiting for his mom to finally bring him his Totino’s pizza rolls? I mean, it’s not the abomination that “Mr. Right” was, certainly, but I’m starting to think songs are best not written about Hannah?

And these lyrics! He’s literally just repeating what he saw on screen! I mean, sure, I’m doing that for an article right now, but I expect more out of people that aren’t me. Jake sings, “Well I guess you think you messed up since you see me moving on, thinking we could pick up right where we left off.” Well, at least we know that your brain can process images you seen on screen, because that is exactly what happened. And, I guess that’s catchier than a song lyric than one that explains Hannah signed a contract that mandated she return to the show for the sake of ratings. I also think those contracts probably mandate the contestants let Chris Harrison drink their blood to give him that continuous dewy glow of youth, but I have yet to confirm. If you have seen a Bachelor contract, DM me please. Jake also says things like, “Alabama Hannah lord honey get out of my life,” and “You had your chances, so won’t you leave me alone.” Ouch.

But also, like, this isn’t about you, Jake. Last I checked, Hannah was not trying to get with you. Relax.

Another lyric goes, “Girl this ain’t no windmill we can’t go round and round.” Et tu, Jake? You are also going to beat this poor windmill into the ground? The windmill is officially the new Stagecoach, and I feel for it. A windmill has a noble job. It makes electricity! We need electricity! We can’t watch The Bachelor without it! And now, it’s been reduced to the site of a sexual encounter between two reality stars who the world will forget in five years or less. But for the windmill, the shame will always remain.

Whatever it takes to get @pilot_pete’s attention! #TheBachelor

Thankfully, Hannah has a sense of humor and bad taste in music, and tweeted back at Jake:

Well, this is one way to get a song written about you. This is some catchy shade @jakeowen https://t.co/W2QQqOFh0A

That’s sweet! It is nice to have a song written about you, now in 75 years her grandchildren can listen to this song, and remember their granny fondly as they hear about the days when she f*cked in a windmill. Precious moments!

Whether this song is any good or not (it’s not), at least tonight we will get to see the dramatic conclusion of Hannah and Peter’s conversation on The Bachelor. Will Peter kick her out? Will the other women beat Hannah to death with a stiletto? Will anyone get her a makeup wipe? Time will tell!