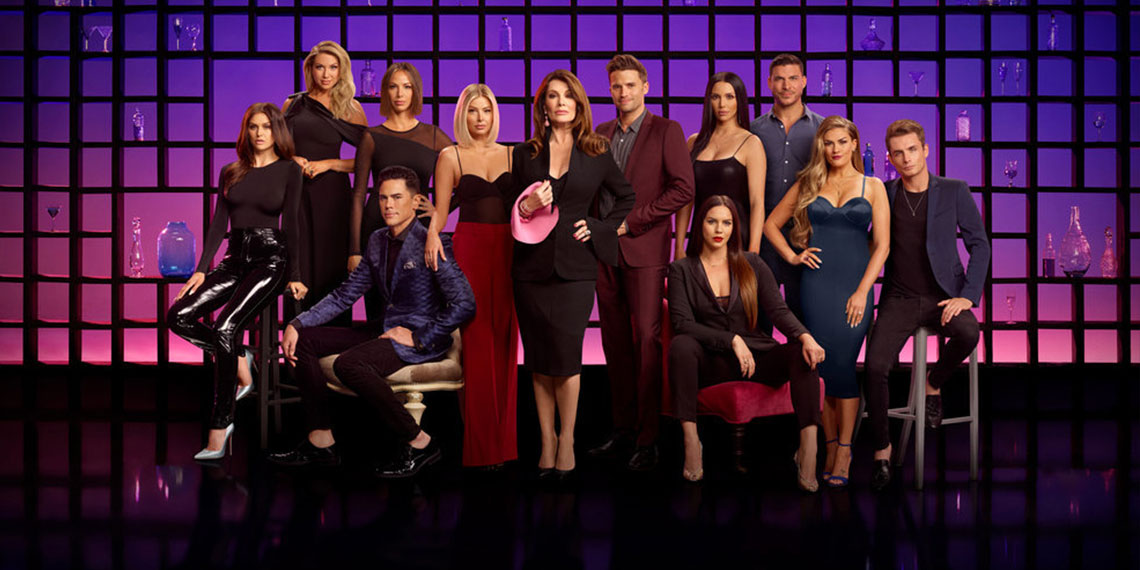 As a self-confessed Bravoholic, I revel in the happenings on our favorite Bravo shows, whether it’s the idiocy of Puppygate in last season’s Real Housewives of Beverly Hills or the garbage men that run rampant on every season of Southern Charm. And while I know a mother isn’t supposed to reveal her favorite child, I must confess that Vanderpump Rules is my personal jewel in the crown. From the moment it premiered seven years ago, the show has given us more drama than any scripted series ever could and a cast of beautiful surgically-enhanced train wrecks you can’t tear your eyes away from. In honor of the premiere of Vanderpump Rules season 8, I’ve rounded up the most under-appreciated moments of the series.

Ms. Scheana Marie Jancan Shay is known for her many misguided choices. These usually involve men who are unavailable, either because they’re married or vying for camera time simply not that into her. However, the most embarrassing thing she’s ever done on the show was wear a crop top wedding gown in season 3. I’d describe it for you, but I’ll leave it to Stassi, who summed it up better than I ever could:

Lala Kent is nothing if not an enigma. One minute, she’s masquerading as the show’s feminist hero, and the next she is completely unaware of what cis privilege means. In a scene from season 4 that is not discussed nearly enough, she beautifully showcases this when talking about the book she’s currently reading: “I was given a book called Fountainhead, which is by Ayn Rand. It’s a philosophical book and it’s about architecture and architects.” Sounds like the book report of a 9-year-old who didn’t read the book and put the movie on in the background while texting, but sure. I’ll leave it at that, because I don’t want to “get popped.”

Season 7 was a breakout season for Ariana, not only because she showed us she’s more intelligent than her fellow SURvers by leaps and bounds, but also because she’s been open and honest about her sexuality and stood up for her trans castmate, Billie Lee. I especially appreciated her candor on being reluctant to get married and have children despite constant questions and pressure from the other cast members, including her own boyfriend: “Before I would even be comfortable considering the idea of having kids, I would need to check off all the places I wanna go in the world, which is kind of all of them. And I would also just like, I don’t know, want to?” Sorry Lala, but this is actually what a feminist looks like.

5. The Number One Guy In This Group

There’s never been anyone on television quite like Jason Michael Cauchi Jax Taylor. In season 4 he proved that his words could be just as unpredictable as his behavior during a conversation with Schwartz and Sandoval about Schwartz and Katie’s dysfunctional relationship. Schwartz gets up to take a break from the drama, and Jax utters the following to Sandoval in a glorious coke-induced rage: “Dude, stop acting like you’re the number one f*cking guy in this group, man. I’m the number one guy in this group!” The seriousness with which he delivers this absurd proclamation, with not even an iota of irony, is nothing short of magical.

Love him or hate him, James has delivered some of the best lines on this show (“PUMP-TINI!” “It’s not about the pasta!”). But less acknowledged and equally hysterical are his impressions of his fellow castmates. His impersonation of Stassi on the ground, literally “crawling back from New York” on the season 5 reunion was so hilarious that even Stassi couldn’t help but laugh. My personal favorite, however, is his reenactments of both Brittany and Jax reacting to the revelation of the infamous Jax-Faith recording. His “WHHHYYY?!?” is enough to convince me that he should star in the next reboot of A Streetcar Named Desire. Don’t @ me.

Joint bachelor/bachelorette parties are rarely a good idea, especially when the couple in question transforms into the worst versions of themselves after a couple shots of tequila. That said, we’re forever indebted to Katie and Schwartz for giving us what is perhaps Sandoval’s most melodramatic moment on this show, which is saying something. The image of him dressed in drag like a bootleg Sia and referring to his best friend as a “battered wife!” will forever be etched in the darkest recesses of my brain. The juxtaposition of his insane getup and the earnestness of his message is more than any of us deserve. We really are living in the golden age of television.

When it came out that Jax cheated on Brittany with Faith, the rest of the cast was downright shocked. Maybe it was because they collectively bought into the storyline genuinely believed that Jax was a changed man (LOL). However, not one person brought up the most horrifying detail of the encounter: that this all went down while Faith was inexplicably charged with the live-in care for a 95-year-old woman. Umm, WTF?! I can’t even begin to fathom how Faith was approved for this gig in the first place. We can only hope the poor woman was hopped up on one of her prescriptions and slept through this heinous encounter.

Actual footage of me watching this episode:

easily the best clip on tv 😩 whoever edited this…we’re besties in my head. #vanderpumprules

The Vanderpump Rules editors (and Bravo editors in general) are the true unsung heroes of the show. They’re our Greek chorus, always ready to point out the cast’s lack of self-awareness, whether it’s a montage of every moment Sandoval got emotional during the entire run of the series, Kristen’s seasonal psychotic breaks, or the 48 tequila shots Schwartz took in Mexico leading him to wander off to a completely different hotel. Editors, we thank you for your service.

Of course, there are far too many gems that could’ve been included, but I have a day job and some semblance of a life. What underrated Vanderpump Rules moments did I miss (other than “Suck a dick,” “I am the devil, and don’t you forget it” and “I don’t know what I’ve done to you, but I’ll take a Pinot Grigio”—none of those are underrated). Let me know in the comments!