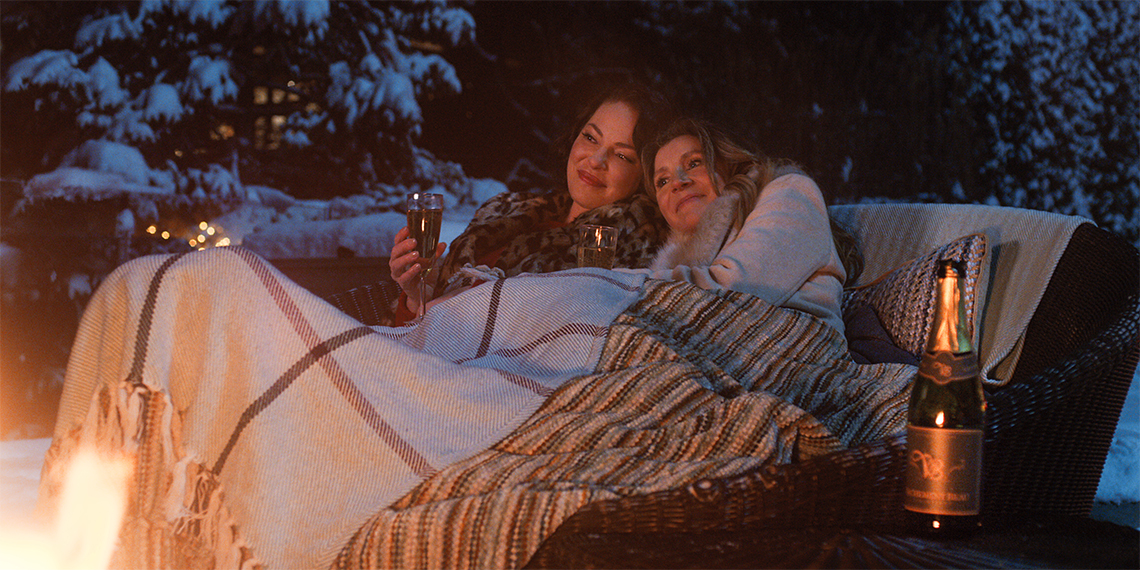 9 Upcoming TV Shows To Add To Your Quarantine Watchlist

Welcome to 2021! It’s cold, the sun is still setting too early, and now that we’ve been living in pandemic times for *checks calendar* almost a YEAR, your list of TV shows to get through has probably been whittled down to just a few holdouts. I’m always a proponent of watching all 22 seasons of SVU, but if you’re trying to infuse your TV viewing habits with some new blood, I put together this list of shows that are debuting (or returning) in the next couple months. There’s a little bit of reality, comedy, drama—basically, if you don’t like any of these shows maybe you’re just too picky.

Assuming that you’re still spending the vast majority of your time at home (good work, you’re saving lives!), here’s what you should be watching while you continue to wait for the vaccine. Oh, and if you need MORE to watch, lots of the shows from this list are still rolling out new episodes, too. Don’t tell me you’re bored!

All the previous seasons of Search Party are on HBO Max, so you have time to catch up. This show is equal parts dark and hilarious, and it is criminally underrated. Also, I’ll say this for the real fans: Elliott and Portia walked so David and Alexis could run. The first three episodes of season 4 are out now, and the rest will drop in weekly three-episode batches.

In the last year, we’ve seen plenty of quarantine-inspired projects, to varying degrees of success, but Selena + Chef is easily one of my favorites. In this cooking show, which is returning for a second season on HBO Max, Selena gets a cooking lesson via Zoom from a different professional chef each episode. The way it’s filmed doesn’t make the Zoom aspect feel lame at all, and the different personalities keep every episode fresh and entertaining.

Jared Padalecki, whom you might know as Dean from Gilmore Girls, and who just finished a 15-year run on Supernatural, returns to The CW in this new reboot of Walker, Texas Ranger. Sorry Chuck Norris, there’s a hot new sheriff in town. In the new reboot, the widowed main character struggles to move on with his career after his wife passes away. I have no idea if this will be any good, but we get Dean in cowboy clothes, so it’s worth a mention.

Sadly, there’s still no public timeline for when we can expect season 2 of Euphoria, but at least we still have the second special episode to look forward to. Last month, we got a deep dive into Rue’s story, and this time, it’s Jules’ turn. We have no idea what to expect from this special, but if the Rue installment is any indication, it’ll probably be an emotional roller coaster.

Is 2021 the year of the Katherine Heigl comeback? Perhaps! The Grey’s Anatomy alum stars in Netflix’s limited series adaptation of the hit novel Firefly Lane, which tells the story of two childhood friends who go through a lot of sh*t across a span of three decades. The story starts in the 1970s in the Pacific Northwest, so there’s sure to be some great 70s/80s fashion, and yeah, you’ll probably cry a lot.

Summer House is the one show on Bravo that actually makes sense to film in a quarantine environment, and the crew is back for a fifth season. If you’ve never watched but you’re missing the messy glory days of Vanderpump Rules, this might be right up your alley. Based on the sneak peek, we can expect another season of drunken antics, relationship drama, and maybe even a wedding? Lots to consider.

If you love The Silence of the Lambs, listen up. CBS made a brand-new series centering on Clarice Starling, the FBI agent famously played by Jodie Foster. The show takes place shortly after the events of the movie, and will give us a much deeper look into Clarice’s background, as well as some gritty new mysteries. The title role is played by Rebecca Breeds, whom you may remember as Nicole on Pretty Little Liars, and the trailer looks dark and twisted, just the way it should.

After their well-received Saved By The Bell reboot, Peacock is keeping the throwback vibes going with a new version of the ’80s classic Punky Brewster. Original star Soleil Moon-Frye returns to play a much more grown-up version of her iconic character, who is now a single mom raising three kids. To sweeten the pot, Freddie Prinze Jr. joins the cast as Punky’s ex-husband. Aaaaand I’m immediately interested.

This week, we’re finally getting our first Disney+ Marvel series with WandaVision, but we won’t have to wait long for the next one to arrive. Up until now, Anthony Mackie and Sebastian Stan’s characters have been supporting players in the MCU, but they’re finally getting their starring turn in this action-packed miniseries. The story picks up after Avengers: Endgame, when (spoiler) Falcon has taken over the reins as the new Captain America. Obviously, there are bad guys, and it looks like we’re in for a good time.