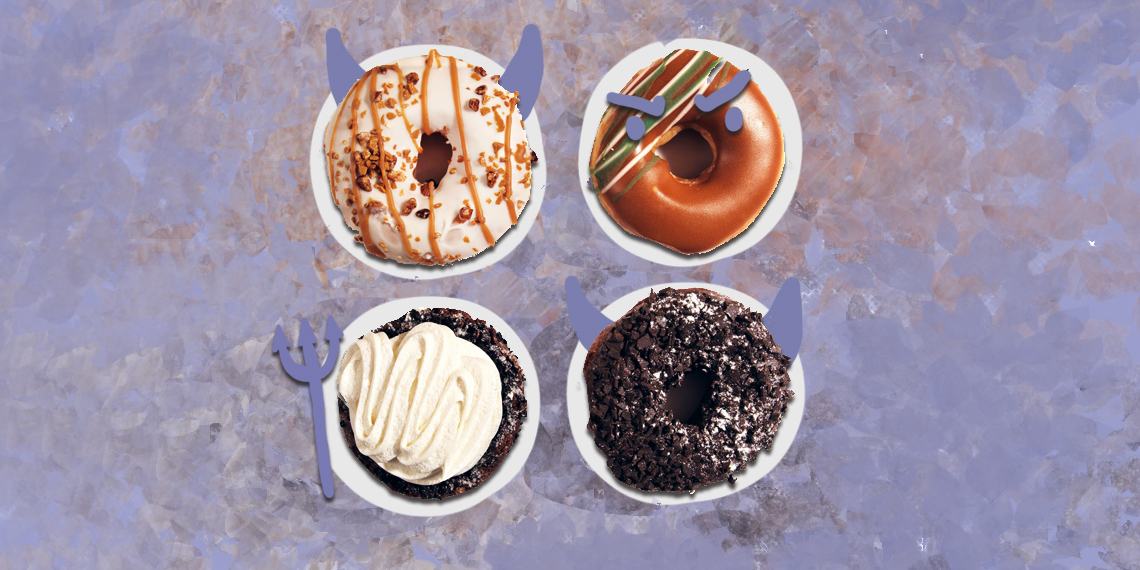 How Eating Sugar Is Making Your Skin Worse

It isn’t an Illuminati secret that sugar is pretty terrible for you. Like, yeah, the occasional artisan Fair Trade organic dark chocolate bar or cranberry vodka is one thing. But if you’re filling your body with a lot of sugar between one and 18 times per day, you’re setting yourself up for a lifetime of health problems. Here are some of the sneaky things sugar is doing to your body that are like, less than desirable.

Yes, it really is. According to Healthline, “sugary foods quickly spike blood sugar and insulin levels, causing increasing androgen secretion, oil production, and inflammation, all of which play a role in acne development.” Cool! Even neater, there were studies done in rural communities that don’t have access to Hershey’s bars and Starbursts and, guess what? The people had, like, NO ACNE in comparison to urban, high-income areas. Hmm. The more you know.

Color me shocked. WebMD (my source of daily anxiety) says that people who drink sugar-sweetened beverages tend to weigh more than those who don’t. WebMD states, “One study even found that people who increased their sugar intake gained about 1.7 pounds in less than two months” which, wtf. I guess I can’t keep rewarding myself for getting through another workout with Thin Mints? Then again, correlation does not imply causation. Thanks, AP Psych, for helping me justify my sh*tty life choices.

Fun fact: sugar actually leaves you craving more, regardless of how many Skittles you eat. According to an Australian study, refined sugar intake was associated with “an inability to realize you’re full.” I mean, the same thing happens to me after I eat a box of tacos while blackout, but who am I to argue with science? Because you aren’t eating anything your body actually NEEDS when you’re stuffing ice cream or cake into your face, your body wants to keep eating. So, in addition to making you gain weight because, like, it’s sugar, it’s also making you gain weight because you want more food.

YEP. In addition to f*cking up your skin with zits, sugar is also adding crow’s feet and folds to your face. Thanks to some v fancy reactions between sugar and protein in your body, diets high in sugar can actually cause your skin to age faster. Sugar can produce AGEs: Advanced Glycation End products (what a CONVENIENT ACRONYM). Those can damage collagen and elastin, which are legit the two things you need to keep your skin looking like it did when you were 21. Rather than looking like a slowly deflating beach ball.

5. It’s Making You A Junkie

Sad and true. Although it isn’t exactly heroin, sugar can trigger dopamine in the same way hard drugs can, making it really hard to stop eating AND leading to literal withdrawals. According to Prevention magazine, “In rat studies looking at sugar addiction, when animals binge on the sweet stuff, they experience chattering teeth, tremors, shakes, and anxiety when it’s taken away.” Wow, that’s not at all terrifying.

This is your brain on sugar:

This one is kind of shocking, considering how OUTSTANDING I feel when inhaling a Heath Bar. However, studies have linked high sugar intake to a greater risk of depression. Why? Science nerds that are busy ruining everything delicious have found that blood sugar swings and “neurotransmitter dysregulation” seem to be directly related to depression in both men and women. Guess I can’t actually fix all my probs by re-watching The Notebook four times with a pint of Ben & Jerry’s.

7. It’s Making Your Back Hurt

Yah, so like, in addition to aging you prematurely with wrinkles and sadness, sugar is also making your joints hurt. Why? Sugar can cause inflammation in your body, making your elbows and knees ache. Consuming lots of sugar can up your chances of developing arthritis. So if you’re really into bending down, walking, or general movement without pain, sugar is not the answer.

So, all in all, sugar is pretty awful for you when you make it an integral part of your diet. However, a dessert here and there isn’t going to kill you or make your back explode or result in you being covered in acne head to toe. Just remember that sugar in moderation is fine, but don’t be treating yourself to cakes twice a day. K? Kisses.