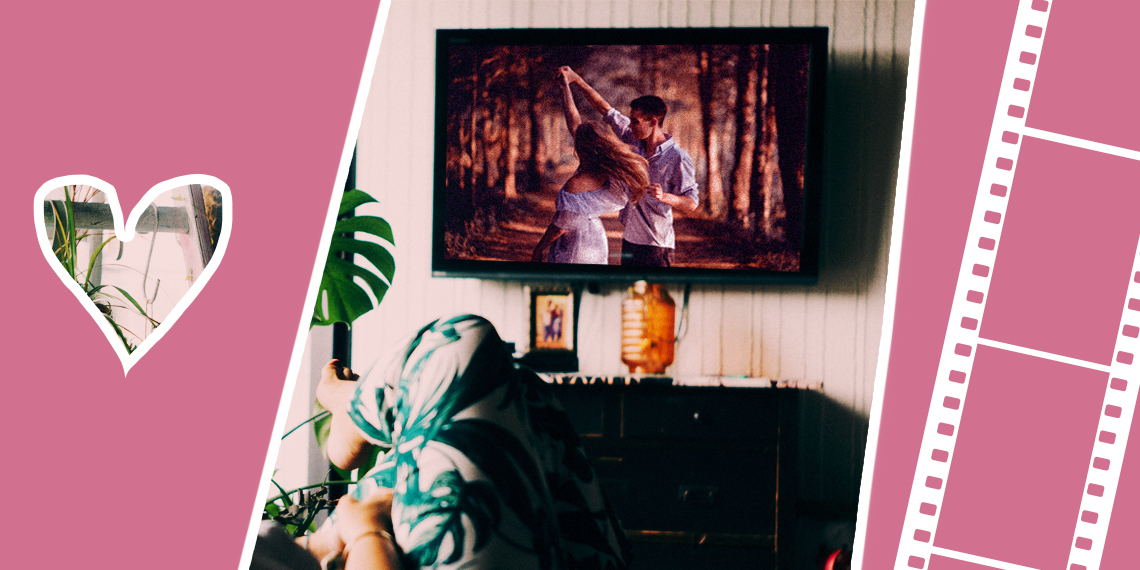 7 Romantic Movies To Watch With Your S.O. This Valentine’s Day

I have to be honest, I’m not a huge Valentine’s Day person. It probably stems from spending 19 Valentine’s Days as single as it gets. But regardless, I now have a boyfriend (yay me) and have no excuse to shove my face with chocolates and cry alone in my bedroom  on February 14th. But even if you’re ~boo’d up~ Valentine’s Day kind of blows. You need to get gifts and shave your legs, and it’s a whole production I’m just not so down for. But staying in and watching the best Valentine’s Day movie with your SO doesn’t sound half bad. So I’ve done the research of rounding up the best romantic movies to watch with your SO. Or your galentines. Or by yourself. The point is, these Valentine’s Day movie choices will probably put you in your feelings and make you believe in the ~power of love~ or whatever.

Disclaimer: Titanic is not on the list because I’ve never seen it and I don’t need to ugly cry in front of my boyfriend right before we are going to bang.

This rom-com is the perfect Valentine’s Day movie because it’s a great balance between romance and comedy. Kate Hudson stars as a magazine writer (honestly, did any other job exist in 2000s rom-coms? And do they exist anywhere else, like in the real world? Asking for a friend) who’s tasked with dating and subsequently getting rid of a guy for an article. Fun, right? Not to mention Kate Hudson’s character will make your SO think you are way less crazy than you are. That is, unless you also decided to buy a dog to raise together after less than a week of dating, in which case I can’t help you.

The heartwarming story about a father telling his daughter about how he met her mother is adorable. Definitely, Maybe was also originally released on Valentine’s Day, which basically means Universal Studios agrees with me that this is the perfect V-Day movie. Even though the suspense is lost after you watch it for the second (or twentieth) time, it’s still a great movie and I’ll take any excuse to watch Ryan Reynolds, even if my boyfriend is next to me. Lol.

Justin Timberlake, Mila Kunis, and lots of sex. Something for everyone, right? Friends with Benefits centers around the age-old question: can friends sleep together without someone developing feelings? (Spoiler alert: they can’t, at least not in Hollywood. Your sh*tty FWB, Tyler from SAE, does not apply.) But what’s great about this Valentine’s Day movie is how it’ll make you appreciate the uncomplicated nature of your relationship. I hope. Sidenote: I just realized Mila Kunis and Ashton Kutcher both starred in movies about being friends with benefits in 2011. Commence conspiracy theories here.

When Cameron Diaz and Ashton Kutcher drunkenly get married in Vegas (as one does), and then one of them wins a ton of money, it makes for a hilarious Valentine’s Day movie choice. They need to remain married for at least six months to keep the money, which doesn’t seem like that long (especially for a cool $1.5 mil), but also Kim Kardashian only lasted 72 days with Kris Humphries so what do I know. This also results in a great conversation with your SO—what would you do with a ton of money? I said shopping, my boyfriend said to invest it. You can tell we are very similar people. However, I do NOT recommend asking your boyfriend what he would do if he won the lottery, unless you’re trying to have a fight on Valentine’s Day.

I think Ryan Reynolds may replace my boyfriend as my Valentine’s Day date. But anyway, this movie is phenom. Picture this: Sandra Bullock and Ryan Reynolds. Green card marriage. Oscar from The Office as a stripper. Have I sold you on it yet? The Proposal is equally funny and romantic with its fair share of nudity—in not always the most romantic way (see below). Plus, Betty White singing “Get Low“—can any other Valentine’s Day movie top that? I think not.

I’m hoping by watching this movie with my SO that it’ll teach him to use the phrase “as you wish” from now on. This fantasy romance movie will definitely pull on your heartstrings and make you feel all warm and fuzzy. It is filled with torture, massive rodents, and suspense, while still remaining light-hearted and romantic. I know that sounds like an oxymoron, or the plot of a true crime podcast episode, but trust me, this movie is a classic! It’s also full of countless iconic lines, like “My name is Inigo Montoya. You killed my father. Prepare to die,” which is surprisingly easy to slip into a conversation. This movie is perfect for the couple that can never agree on a genre, because The Princess Bride is like a comedy, romance, and action movie all in one.

One of my personal favorites, partly because you see Ryan Gosling topless. (Can you tell I have a thing for Ryans?) About a just-divorced man who begrudgingly finds a guide to single life, this movie proves that Steve Carell’s game has come a loong way since The 40-Year-Old Virgin. These intertwining love stories are hilariously dramatic, between Steve Carell rolling out of a moving vehicle and Gosling’s egotistic mentality. Crazy Stupid Love also provides hope for any person who has forgotten how to date. Rule 1: a tiny straw in your drink makes it look like you’re sucking on a tiny schvantz. Inspirational.