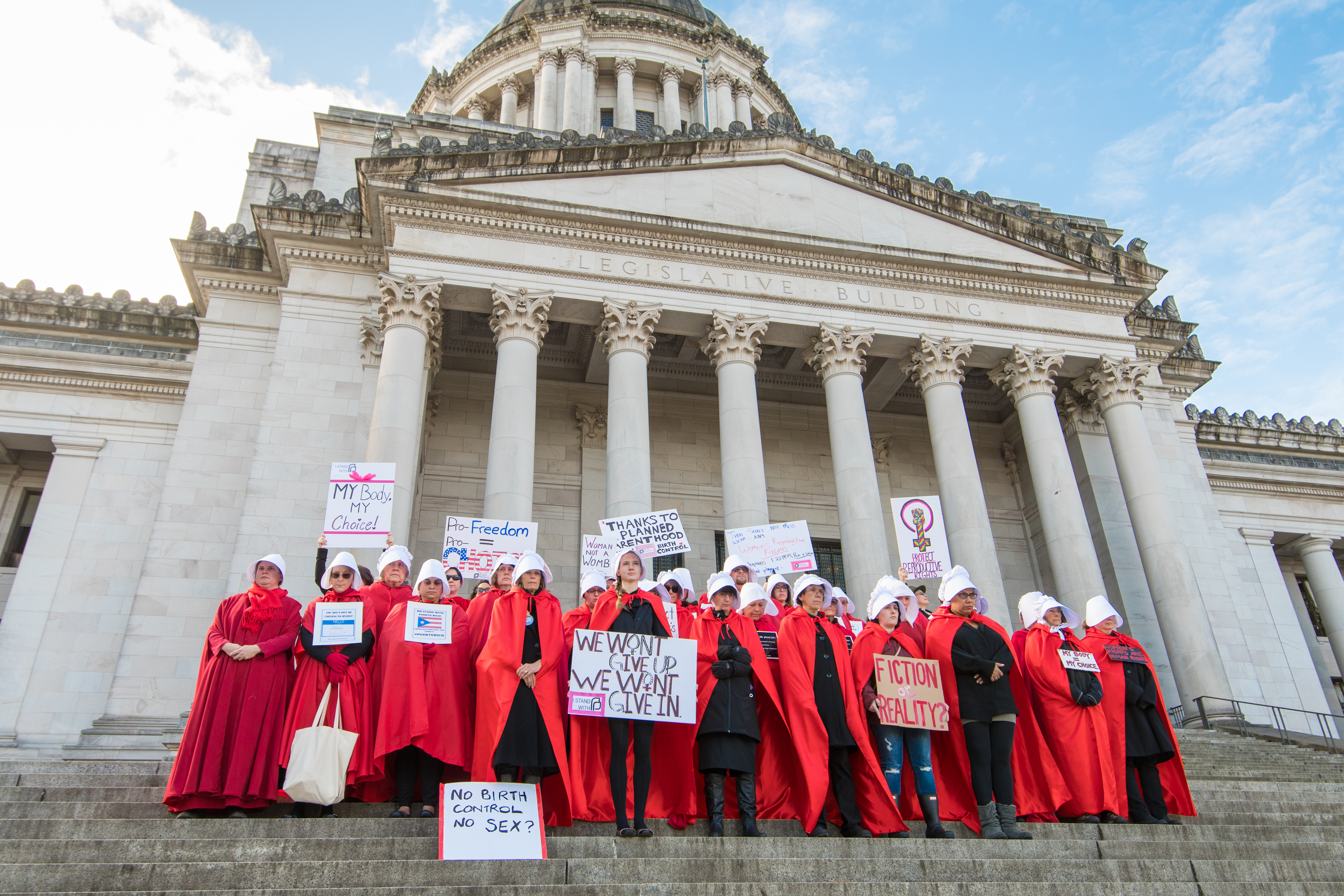 7 Political Halloween Costumes That Won’t Get You Fired

2018 has been nothing short of a horror show in it’s entirety and October is the month to celebrate that! Here are some spooky political Halloween costume ideas that are fun and funny and hopefully won’t start an outright scream fest about the government (that’s what Thanksgiving is for!)

I know you’re thinking, “don’t you mean The Wall” and I get that but you’re wrong. This Halloween be the fence that Murkowski, Flake, and Collins seem to be living on these days. They can’t quite commit to their own party’s perspective, but will not hop off the fence and join the Dems, either.

Since reporters and news cameras are not allowed in the Senate courtroom, interns have to deliver the news by hand once a decision has been made. Dress up as NBC News intern Cassie Semyon in a blue dress and running sneakers, you’ll be comfortable the entire night. Also if any creeps hit on you, you can sprint away.

The sprint from the Manafort courthouse after the verdict: guilty on 8 felony counts; hung jury on 10 counts. (No phones allowed in courthouse, so news comes via fleet feet.) pic.twitter.com/JDc8QyMBxs

Robert Mueller moves around Washington DC like a a dementor and if you’re part of Trump’s crew, there’s nothing more haunting than a prosecutor with wide ranging authority to investigating financial crimes. Draw on some long laugh lines to look more gaunt, wear a neat suit and find a short grey wig. This is also a foolproof way to scare any closet Republicans out of your Halloween party.

Have a little fun this Halloween and celebrate the poor rhythm of Britain’s Prime Minister, Theresa May. All you need is an ill fitting suit and some tunes.

This is a bit of a #tbt but stay warm and glamorous this Halloween by dressing up as Diane Bruce, Ivanka’s neighbor who delighted in her rude welcome to the neighborhood.

Ivanka Trump’s neighbor came outside to cheer on queer protestors while drinking wine in a fur coat.

SHE IS MY SPIRIT ANIMAL pic.twitter.com/IUXZBeW9CZ

Make an Instagram frame and cop some old “I Voted” stickers, Have fun with the caption and make it as #humblebrag-y as you’d like! As a bonus, this costume will spark some good conversations and you’re more likely to know if the dude you’re bringing home is registered to vote or not.

Don’t feel like attending a party this year? That’s okay! Just stay at home and if anyone wonders where you are, tell them you’re Melania Trump for Halloween aka missing in action!

Need a last minute Halloween costume that says “I’m so political I barely had time to think about Halloween?” then check out Shop Betches’ “VERY STABLE GENIUS” tee. Just like when President Trump said it, the funny part of the costume is everyone knows it’s not true.