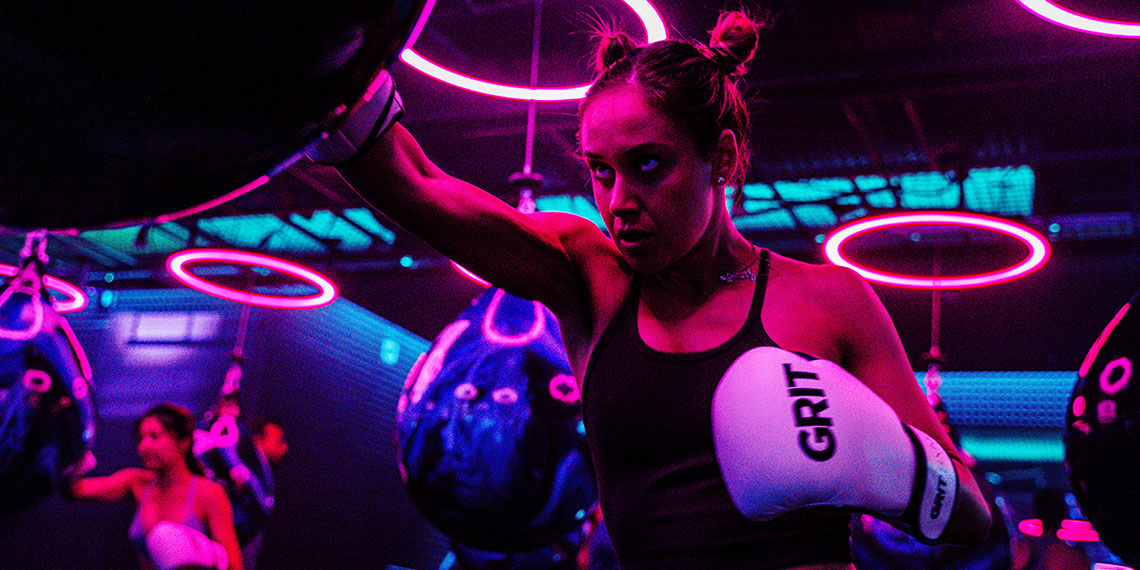 7 NYC Workout Studios That Give Free Classes To New Members

You know how you don’t really like cupcakes that much, until they’re in your office and free? (Okay, maybe that was a bad example because everybody loves cupcakes, but you know what I mean.) That’s because it’s basically a scientific fact that things are significantly better when they don’t cost money. Another prime example of this phenomenon in action is workout classes, which, if you live in New York, usually cost the equivalent of a human soul, so finding any kind of deal that offers free workout classes is better than your f*ck buddy telling you he’s finally ready to date you. Still waiting that one out, but you get what I mean.

Anyway, even though New York robs us every damn day, sometimes this godforsaken city gives back and offers us free workout classes when we’re new to a studio. So if you want to get swole while you save (I hate myself) then check out these seven workout studios offering very generous new member specials. Yes, I’ve done every single one of these places because I live in the seventh most expensive city in the world on a writer’s salary, so I take what I can get, especially when it comes to free workout classes.

💥 WORKOUTS LIKE YOU’VE NEVER SEEN BEFORE 💥 ⁠ ⁠ Push your SPEED.💨 Flaunt your SKILL. 🥊 Empty your TANK. 💦 Bring the ((HUSTLE)) and train with the HOTTEST and the most EXPERIENCED trainers in the world. 🙌💯⁠ ⁠ Opening August 8th! Your GRIT FAM is waiting… @evanfitness_nyc @angela_gargano || #August2019 #ComingSoon #OwnYourGRIT #UnionSquare ⁠ ⁠

Okay, after I read GRIT’s deal online, I called to make sure it wasn’t a typo because it was that good. Rest assured, it’s not a typo. If you buy the new customer intro offer, for the price of one class, you get a free class, a “bring a friend pass,” a GRIT gym bag, and two free drinks at the GRIT bar. To put that in perspective, one class is $36, so you get all of this swag, a free class and a buddy pass for basically nothing. If you don’t buy this special right the f*ck now, I am judging you.

If you’ve never heard of GRIT, you’re welcome. It’s interval training with three stations: heavy bags, treadmills, and floor exercises. So basically, it’s Barry’s but with boxing. It also has serious night club vibes, so if that sounds like your cup of tea, drink up!

Swerve is your basic spin studio, but believe it or not, I don’t mean that in a bad way! One class is $34, but if you buy the new member special, you can get two classes for $40. That’s basically buy one get one free, which sounds like a pretty good deal to me. If I had to compare it to another spin studio, I would say that it’s most similar to FlyWheel, except for the fact that you’re assigned to a team and the teams are racing each other. If that isn’t really your jam, you don’t have to buy into the whole team/race thing and can just ride your bike instead, but if you are Tonya Harding-level competitive (hi neighbor), then you will love this place.

Tbh, I’ve only done the barre classes here, but Exhale is not your average barre class. It’s really f*cking hard and well worth the price. However, if you’re not down to shell out the money you were going to spend on a new fall jacket, you’ll love the new client two-for-one special for $37! As a writer, I was taught to write what I know, so I’m only going to talk about the barre classes, but this place also offers cardio and yoga classes.

The actual workout at Exhale is really great. Thankfully, there are no little inflatable balls that you’re somehow supposed to balance on your joints while tucking, micro-moving, or whatever else you do in other barre classes. The only equipment you use at Exhale includes a resistance band, weights, and sometimes a TRX band-like strap that’s fastened to the barre. You will most definitely be shaking by the end of the class, but it’s very much worth it. I bought a 10-pack of barre classes and noticed a serious difference in my arms and abs, which is something I never thought I’d say.

I will never not LOL at this studio’s name, but they have a fab new member deal that makes up for it. One class is $34, but they’re offering two classes for $28! Either they’re really bad at math or really generous. This place offers three types of classes, all of which take place in a 50-degree studio. I know what you’re thinking, “Wait, that sounds les mis!” And it is for the first few minutes, but you actually get a way more effective workout in the cold than you do in the heat because science. (And because you’re not sweating like a grease monkey—my less science-backed opinion.) Whether you choose a HIIT, Slide, or HIIT + Slide class, you’ll definitely feel the brrrn (sorry, I had to). By the way, HIT uses battle ropes and weights for total body strength and conditioning, Slide is a low to mid-impact class focused on light resistance training and lateral training on the Brrrn Slide Board to improve balance and core strength.

“I am thankful every damn day to be able to share something that has had such a profound impact on my life, one of my biggest passions, with others. 🤓❤️” – @_jennadailey 📸: @kalilynnphoto #cpyteachers #cpycommunity

For the mother of all deals, CorePower offers a full week of yoga classes for free. In other words, seven free yoga classes. Back when I lived in Atlanta, my apartment was above a CorePower, so I did the free week, and after the free week, I ended up purchasing an unlimited membership and went nearly every day. CorePower’s free week is definitely a gateway to spending a ton of money, but it’s so worth it. This is a hot yoga studio, which offers a great workout that also feels very relaxing. Like most yoga studios, they offer a variety of types of yoga classes that range in difficulty, but my personal favorite is the Yoga Sculpt, which is just a regular flow, but with weights. Look, no one is neutral about hot yoga since you either love it or you’d rather die than be stuck in a hot room for an hour, but if you do enjoy Bikram, you will definitely like CorePower.

“You cannot improve what you do not measure.” – Ellen Latham, OTF Creator & Co-Founder. That’s why the OTbeat is critical to our workouts. It challenges you to be better, every time.

Tbh I felt like I was training for the f*cking Marines when I took Orangetheory, but I did it for the free class they offer new clients. There’s an OT on like, every block in every city, so if you haven’t noticed this place exists, I don’t really know what to say to you other than be just a little bit more observant? If you’ve walked by them a million times but don’t understand what they are, allow me to explain. To me, OT is a less intense version of Barry’s Bootcamp. It’s high-intensity interval training, but you won’t feel like you need to chop all of your limbs off because they ache so badly after a class. There’s a treadmill section, a floor section, and a weights section, so if you’re into that, definitely sign up because your first class is free, so why not? Plus, apparently you’re still burning calories even after you leave because the exercises are designed that way. Something about the orange fat-burning zone…or something. Look, I was focused on not dying in class, not learning.

I’ll See Your 5 and Raise You 10 💰💵🥊💥💥💥#whatareyoufightingfor #overthrow

If you like boxing, you will like Overthrow, especially because you get a class free when you buy your first one! More importantly, the workout is really good. Most of it takes place on a heavy bag, but there’s also some light sparring and, of course, a miserable ab workout toward the end. Why must all boxing classes force us to do ab exercises after we’ve spent all of our energy beating the sh*t out of a 100-pound bag? Anyway, Overthrow’s bag section is really intense and you will def need a nap afterwards. First, the instructor will go over the basic punches and then assign each one a number so that he can quickly make up combinations for you to use on the bag. Ever heard the phrase “1-2-punch?” That comes from boxing! 1 is a jab and a 2 is a right arm cross. These are things you’ll learn at Overthrow. So the combinations are obviously a little more challenging than two punches at a time and they are absolutely a workout. During the last few minutes, it becomes very clear that everyone is dead, but not before sparring and abs!