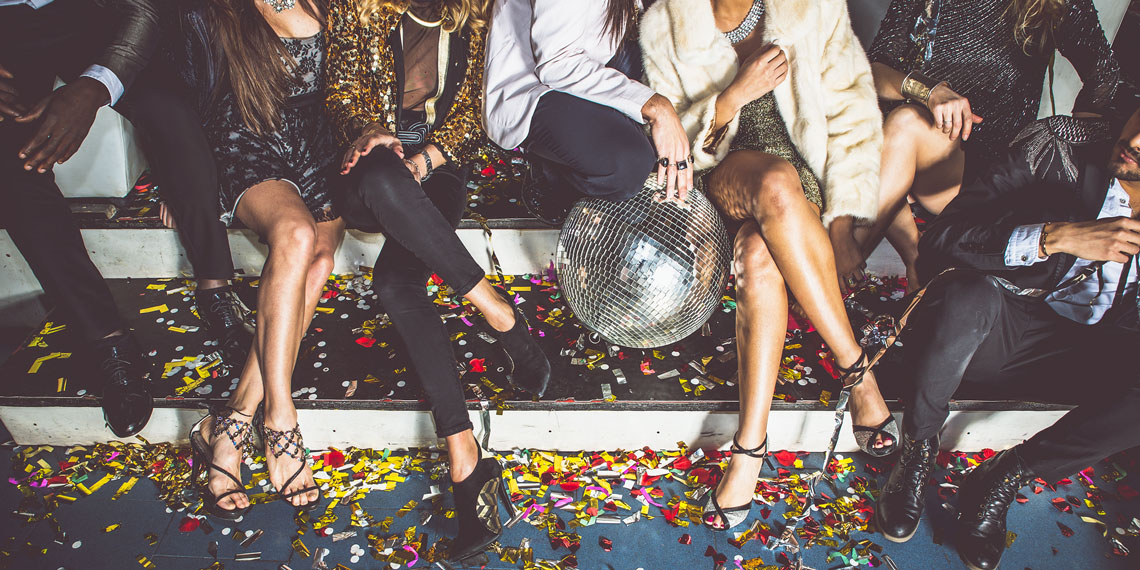 7 New Songs To Bump At Your Next House Party

Well since we DIDN’T get The Carter V like we were PROMISED, I guess we’ll have to do this new music roundup without any songs from Weezy. SMH. It’s always the ones you love who hurt you the most. This list is kind of all over the place, much like my mood rn. We’ve got pregame bangers, we’ve got house party hits, we’ve got dance tracks—this list has everything. Feel free to comment on all the new music I missed in the comments section, and please follow the Betches New Music playlist on our Spotify account!

My boy Borgore is back with a BANGER, folks. Even though he just released a jazz album, this is closer to the Borgore as we know it: gunshot noises, hip-hop and trap sound. I am f*cking HERE FOR IT, fam. This is the precise type of song I used to blast with my windows down while I would drive through suburban neighborhoods of Atlanta. Point is, it’s great. It will make you feel like a gangsta. Add it to your running playlist. And be sure to catch Borgore on his 28-city BGU tour.

“So Long” by K. Roosevelt

I love K. Roosevelt so I don’t even care that I already put him on my list a few weeks ago when his first project dropped. I really feel like he is a young Frank Ocean, and you can quote me. I’m really getting major Nostalgia Ultra vibes. But anyway! Enough about Frank. Let’s talk about K. Can I call him K.? This video is like, artsy, which I gather from the fact that I don’t really understand it. But I love the song. It’s kind of meandering, like the video itself. This would be a good one to add to your hookup playlist.

I get major CharliXCX vibes from “Tears & Tantrums”, which makes sense because Charli herself co-wrote it. It’s a great pop/dance track that will make you want to… well, dance. I could see XYLO (don’t know how to pronounce that, don’t @ me) becoming the next Tove Lo/CharliXCX/female pop singer whose songs are all over the radio. And I wouldn’t be upset about it. Speaking of being upset, this song is about drunk crying on the dance floor, which is RELATABLE.

This song is like, really interesting. It’s really cool. It’s kind of futuristic, which makes sense. E^ST has a voice that’s smoky, and cool. SORRY I KEEP USING THE WORD COOL. It’s the most apt one in this instance. This is a good track to add to a playlist for a house party, IMO.

In a previous roundup, I called Allie X the new Lana Del Rey. Well, this song sounds less quintessentially Lana (less breathy vocals, I guess). But it’s still a good song. This feels more like a pop power ballad. IDK, are those even a thing? Whatever. We’ve got bigger production, heavier drums, more belting than her previous song. I think this is another good house party song, because you and your friends will want to dance and sing along to it.

The homie San Holo is back with his first album, creatively titled album1. There are many dance bops on the album, as you can expect, but I like “always on my mind” because I’m a sucker for some smooth vocals. What can I say, I’m predictable like that. This song is kind of crazy though because it starts off like a banger and then pretty quickly tapers off into this mellow sh*t and then returns back to the bangers. It’s a roller coaster. The cool thing about this album is that I feel like it’s a lot more chill than what you might hear at a San Holo live performance. I can appreciate when a DJ doesn’t just hit “play” on his most recent album and call it a set.

Transviolet’s album, Valley, came out today. If I had to describe their sound, I’d say they make very interesting pop music. “Other Girl” is what I call a creeper jam, in that it will creep up on you how much you feel this song. It might take a few listens, but I promise you’ll get there.