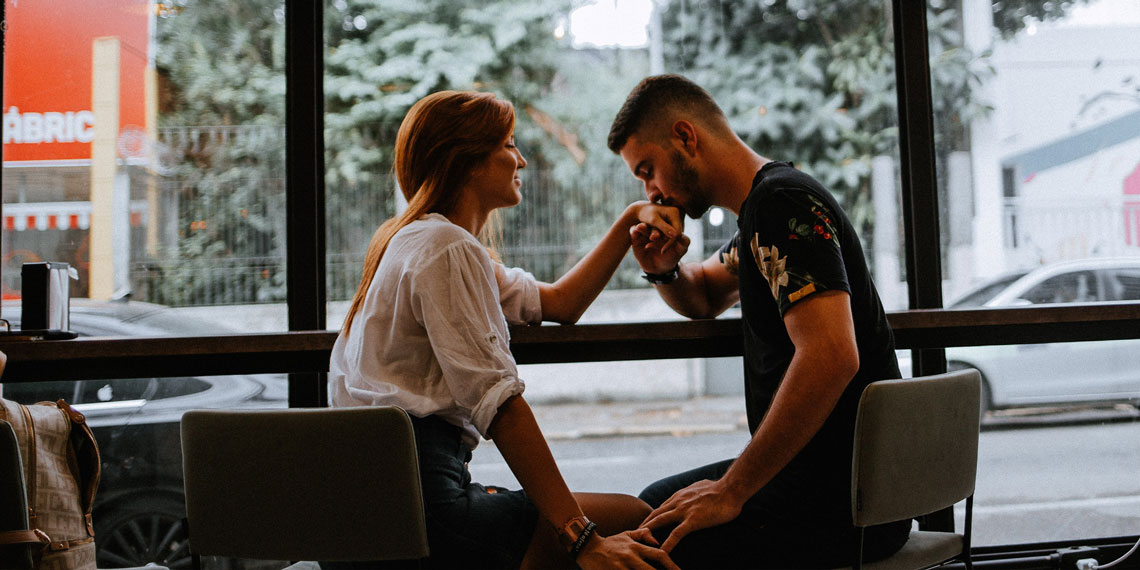 6 Ways To Tell If Your Hookup Wants A Relationship

If you’re at a point where you’re totally ready to get into a serious relationship, it’s annoying when someone you’ve gone on date after date with ends up only having wanted to get into your pants. It’s understandable that experiencing this can make you want to flat-out ask the next person you date whether or not they want a relationship also, which Jared and Jordana discussed on the latest episode of the U Up? podcast when a listener asked after how many dates this is okay to do. If you do ask, you run the risk of scaring that person away, especially if you just met. It’s difficult to know when the right time to ask is, or if there is even a right time at all, but there are ways to take hints and find out on your own whether the person you’re dating is in it for the long haul.

1. They Open Up To You And Have ~Deep~ Conversations

Obviously people don’t just reveal everything to any random stranger they meet. If someone opens up to you about something that’s meaningful to them, it’s a pretty good indicator that they’ll be sticking around for a while. If they start conversations about deep topics, it’s because they look at you in a serious and important way, not just someone to talk about lighthearted, fun stuff with. I know I wouldn’t tell a guy about my crazy One Direction obsession unless I knew he was the real deal (and in too deep to become terrified of me and run away).

2. They Mention Future Plans That Involve You

If they talk about doing something together that would happen a considerable amount of time later, that means they want to still be in your life by then. Even something as simple as talking about going to a show that is a while away or that park that looks so beautiful when the leaves change color in the fall while it’s still summer. What seems like just subtle suggestions can actually tell you a lot about where their mind is. No one that consciously doesn’t expect, plan, or hope to move things further with you would hint at wanting to do something with you that would happen far enough into the future that they’d have to keep seeing you. They probably wouldn’t even be thinking of cute things they want to do with you at all.

3. They Make An Effort To Stay In Communication With You

Worrying about someone texting you first seems a little middle school, but if they are actually thinking about you and truly want to stay connected to you, they’ll initiate conversations. If you feel like you’re the one who has to do all the work in terms of communicating, you’re probably more into them than they’re into you, and they probably aren’t that serious about the potential for a relationship. Being a “bad texter” isn’t a good excuse, because if they really were excited to talk to you, they’d be all over it.

4. They Don’t Wait Too Long Before Trying To Plan Another Date With You

It’s probably a bad sign if the person you’ve gone on a few dates with doesn’t try to plan another one until a few weeks have gone by. This gives off the impression that they don’t really care to foster a stronger relationship with you and don’t put you high on their list of people they want to make plans with. On the other hand, you’re clearly on someone’s mind if they are eager to see you again, and they most likely want to keep moving things forward with you.

5. They Talk About Their Friends And Family With You

Friends and family are usually the ones people are closest to. If someone openly talks about the people in their life that mean the most and the potential of you meeting them, that is probably a good sign that you’re someone they could see themselves getting into a relationship with.

6. They Remember Small Details About You

If you’re ordering dessert and they ask why you’re getting the cheesecake and not the chocolate cake because they remember how much you love dark chocolate, that means they’re interested enough in you to pay attention to the little details you tell about yourself, which probably means you’re more than just a date for the night to them.

To hear Jared and Jordana’s thoughts on the question of after how many dates you can ask if someone wants a relationship, you can listen to the latest U Up? episode below.