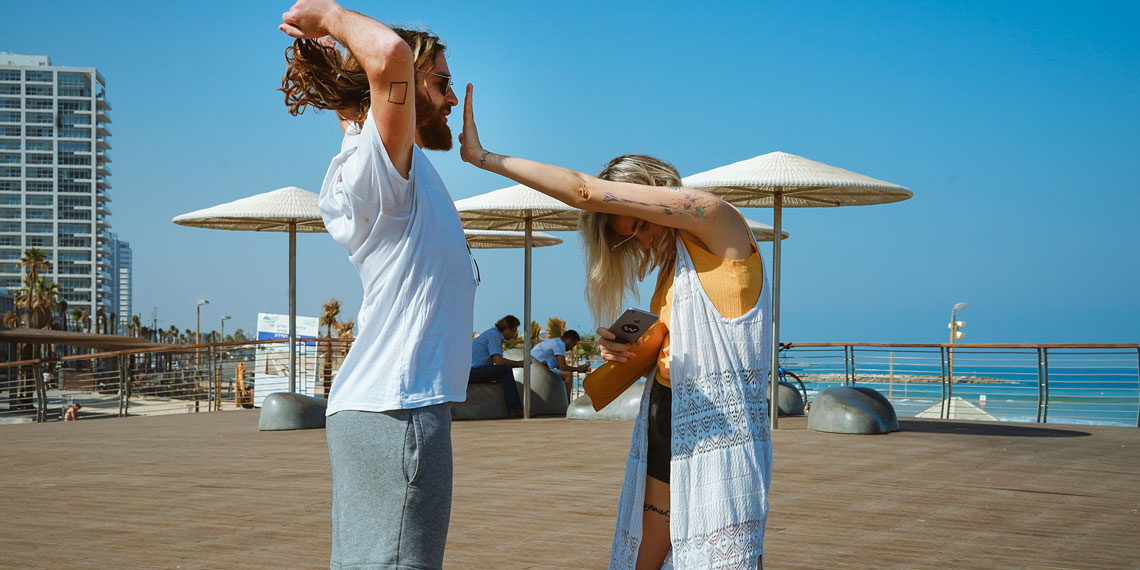 For whatever reason, fall has been decreed cuffing season.  You scroll through your phone and you’re inundated with images images of apple picking dates, complete with the requisite cider donut and a ~casual~ candid featuring some autumnal plant and maybe bae looking cute in some flannel. Eventually it will snow, which conjures up images of drinking hot chocolate and binge-watching Netflix together in front of a cozy fire. Or something else equally sickeningly sweet. Idk. Anyway, even though it’s super tempting to want to dive into a relationship as it gets cold, you don’t want to date just anyone. Being single is better than dating the wrong person, and honestly you never want to sell yourself short. Like, whoever is reading this right now, you’re totally random and I legit have no clue who you are, but you deserve someone amazing!! Seriously. A little saccharine, but true. You could totally end up playing yourself if you ignore red flags, or signs your guy sucks, early on.

There are def some major red flags to look out for when you first meet your potential someone. I polled my sister and she claims the only red flags are:

However, I’d consider all of these totally fixable problems (gentlemen, if you’re reading this, do throw out said clothing items and consider picking up lacrosse, though).

In all seriousness, there are some serious red flags that indicate your flirtation or hookup really shouldn’t lead to a relationship, even if it could be heading that way.

Is He Aggressively Pushy About Hooking Up?

There’s nothing worse than just wanting to grab dinner and having to ward off a handsy guy, or worse: being with a guy that doesn’t seem to get that NO means freaking no. Like, nope, sorry, the mood hasn’t changed in the past two minutes since you asked me, BRETT. Again. Ew, ew, ew, moving on.

Does He Overuse Social Media?

Yes, we live in a time where Snapchat and swiping apps seem to drive modern relationships. However, if you’re talking a lot over an app whose genesis came from a need to facilitate easy hookups and/or sending nudes, you should be concerned.

The worst, the very worst, red flag is if he talks to you all the time via social media but ignores you in person. That’s weird. Imagine what it would be like to go on dates with him. Would you carry your entire conversation via Instagram DMs over dinner too? Would you make plans for the aforementioned apple picking date via Snapchat because nothing is ever going to be concrete or, like, traceable? At the very least, you can keep up with all his happenings because he’ll still be updating his story 24/7, even if he’s never talking to you besides to maintain your #streak. Oh, and to hit you up with a “u up?” snap at 1am when he’s drunk and alone.

Seriously, don’t keep hooking up with him. He’s either insecure, not interested, or seeing multiple girls at once because talking to people solely over an app that doesn’t save past messages is sketchy af . Seriously, run in the opposite direction. Runnnnnnn.

Will He Not Let Go Of His Exes?

Maybe you figure that once you start dating, he’ll stop hooking up with his ex-girlfriends. And hey, maybe he will!! Maybe you’ll also win the lottery and star in your own reality TV show. I mean, it could totes happen!1!1

Seriously, if he still hooks up with old girlfriends, especially old girlfriends that were super into him and are obviously still super into him, then steer clear. One, it’s kind of an asshole move to keep hooking up with a girl that’s crazy into you when you’re not into them. Secondly, there’s no way of knowing he won’t do the same to you one day. Even if he claims he never hooks up with his exes but hangs out with them, keep your head on a swivel because that’s a red flag—a smaller red flag, but a flag nonetheless.

Is He Weirdly And Hypocritically Judgmental?

I’m not saying you shouldn’t date someone with different opinions than you. Debate is healthy and mind-opening. But I’ve met guys before that are like “don’t wear that it’s not even a shirt, it’s a bra blah blah blah I’m a conservative white dude…” when they’re freaking only wearing, like, boxers or something because it’s a stupid themed party. I’m sorry it’s heaven and hell themed and so all the girls are dressing up as lust. Like, I’m not going wear a nun costume? And it’s literally so annoying to have a guy gripe about drinking when he likes to disappear in the bathroom to do some lines. Like, please spare me the double standard.

Does He Like To Hook Up In Weird Places?

And I mean weird, like really disturbingly unsanitary. If his history with his exes/past girls includes hooking up in weird, illegal, and/or unsanitary places, then kick him to the curb unless you dig getting some weird disease and/or arrested. Last time I checked, a dumpster isn’t for hooking up in. Though maybe if he’s total trash… Seriously though, I’ve heard some pretty disturbing stories and I’d really like to believe that they aren’t true.

This seems stupid and really obvious, but sometimes I watch people head into relationships where they literally don’t even like the guy and I just sort of wonder…why? Is being single seriously worse than being forced to spend time with someone that kind of bugs you? Ladies, it’s seriously not worth the cute Instagrams.

If none of the above applies, then I wish you everlasting happiness!!! Good luck trying to break up in the spring when you want to be single for summer!!