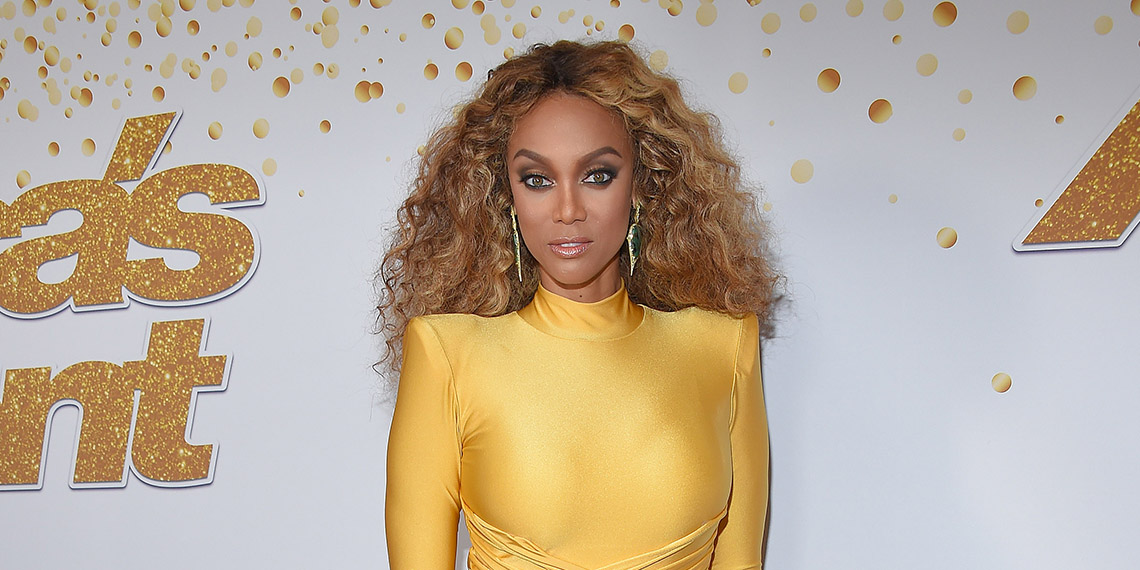 Over the past few years, we’ve come to terms with the fact that some of our favorite throwback TV shows haven’t aged super well. Shows like Sex and the City and Friends made lots of jokes that definitely wouldn’t fly today, in addition to lacking any kind of meaningful diversity. Obviously, the world is a different place than it was in the 90s and early 2000s, and hopefully we’ve all learned some important lessons. But even knowing what we know now, can we talk about how America’s Next Top Model was actually insane?

ANTM first premiered in 2003, and experienced its greatest popularity in the mid-2000s. Each week, Tyra Banks and her judges put a group of aspiring models through the ringer, with dramatic makeovers, ridiculously themed photo shoots, and brutal critiques in front of the panel. There are literally too many cringeworthy Tyra moments to count, but these are some of the ones that I still can’t believe nobody called out back then.

Why was this allowed to air wtf Tyra banks is going to straight hell pic.twitter.com/xtiWl3srKJ

When it came to makeovers, Tyra was constantly telling the contestants that they needed to be edgier to succeed in the modeling world, but that apparently didn’t extend to the gap between Cycle 6 contestant Dani’s front teeth. In this clip, Tyra tells Dani that her gap is “not marketable,” which is pretty hilarious, considering I can name three famous models with tooth gaps off the top of my head. Dani actually ended up winning this cycle, and a few seasons later, Tyra made another contestant WIDEN HER TOOTH GAP to stand out more. How was this even allowed to happen? If I were Dani and I saw that I would probably flip a table.

For this Cycle 4 photo shoot, the contestants recreated the iconic “Got Milk?” ad campaign. Cute concept! But things quickly went off the rails when it was revealed that the ladies would be “switching ethnicities” for their pictures. Y I K E S. Literally every single assignment was problematic, but the worst was Noelle (a white woman), who was assigned “a traditional African woman with a head wrap and everything.” Oh. My. God. The resulting photos ranged from blackface, to brownface, to just bizarre, and it’s crazy that this was allowed to happen, even in 2005.

Apparently by 2007, blackface still wasn’t a problem as far as ANTM was concerned. In Cycle 8, Natasha really got into character as a “hip-hop man,” complete with gold chains, fake grills… and an uncomfortable amount of bronzer. Natasha is Russian, and white was can be, so hearing her say “what it do shawty” in an Iggy Azalea-esque twang is really sending me over the edge. On the show, she was praised for her dedication, and no one brought up the fact that they were literally having her do blackface.

One of the most ridiculous photoshoots in ANTM history was in Cycle 10, when the contestants had to pretend to be homeless. I just… yeah. In her promo shot, Tyra held a sign that said “will pose for change,” which I don’t even want to get into. The photos look like they were taken on the set of Little Shop of Horrors, and the worst part? They got actual homeless people to pose as extras in the background. Seriously, who thought this was okay?

In Cycle 15, the contestants were shooting a commercial, in which they were supposed to kiss a guy. This was a problem for Kayla, who revealed for the first time that she struggled being intimate with men because she had been sexually assaulted as a child. But instead of being understanding and reworking the commercial, Mr. Jay guilted her into going through with the kiss, and then applauded her for “pushing aside” her painful memories. Classy.

In this episode in cycle 3, the contestants had to choose a hat to model at panel, and the judges criticized Yaya’s choice of a cowgirl hat over an African kente cloth hat, with one judge calling her “half-African, half-cowgirl.” Another judge complained about her “intensity to prove her African-ness,” which she called “overbearing”. I am actually yelling (to nobody, because my roommate isn’t listening, but still). Yaya explained that she chose the cowgirl hat because the other hat was “cheap” and not “authentic.” Later, Tyra asked her to apologize to the hat for insulting it. Hmm, I wonder if the judges ever apologized for their comments about her ethnicity?

I’d like to think that none of these moments would happen in 2020, but honestly, I’m not so sure. There are tons of problematic ANTM moments over the years, and that’s not even getting into Tyra’s deranged talk show. If you want to relive alllll the wild ANTM moments while you’re stuck in quarantine, there are 22 full seasons on Hulu right now, so go crazy.