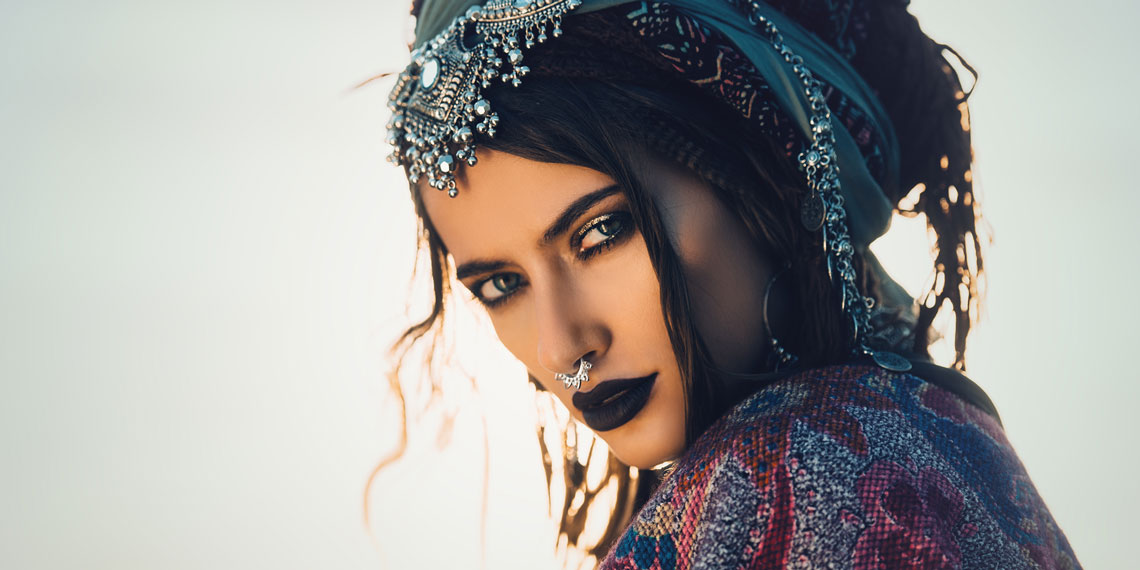 People believe in a lot of really strange stuff. There’s your generic “aliens secretly exist” and “the Illuminati run the world” conspiracy theories, and those people that actually believe they’re like, mermaids, or whatever. And then there’s actual crazy cult stuff, like Scientology and sex cults that people get arrested for on the news.

But then there’s the cultish stuff that seemingly normal people believe in. Like, it’s not enough to get them thrown in jail or admitted to a psych ward, but it’s a little questionable, and seems like it could be a really good plotline in a horror movie that ends with, like, ghosts murdering everyone (idk I don’t watch horror movies). So here’s some of the more plain weird, less criminal things people actually believe in.

For starters, I came across people talking about Human Design on Instagram a few days ago, and I was confused (wtf does it mean to be a generator??) so I investigated. According to some website, Human Design is the idea that humans were pre-coded (so ~techie~) at birth, and that if you can figure out what you were “designed” to be, then you can have a “user manual” for your life.

Wow. Sounds like it was dreamed up by someone on LSD, and guess what, it was founded in the ’80s, so probs! The founder is named Rob Krakower, but he changed his name to Ra Uru Hu because tbh Rob just doesn’t sound like a cult leader name. His eight-day experience with a Voice (so, like, a really bad acid trip???) led him to create the Human Design System.

It’s based on pseudoscience—your “design” seems to be determined by a sub-atomic particle called a neutrino (which does, apparently, exist). Their existence was proven in 2015, but this website proudly informs me that Krakower claimed their existence in 1991 (um, sure, Jan). Basically, these weird subatomic particle things shoot through you at birth and imprint your personality, somehow. Makes a lot of sense.

Anyway, if you’re curious what the universe coded you to be, you can take a test to figure out if you’re a generator, manifestor, projector, or reflector. Sounds like lighting equipment, NGL, but cool!!!!

2. Rumpology: A New Way To Read A Person

Sure, you could just get your palm read and learn that you’ll have seven husbands and die rich, but why go for a normal palm reading when you could have your butt read?!?!? Yes, people are really doing this. I pray for the human race.

Sure. That sounds totally appealing. There’s a small—but stalwart—field of “scientists” who believe that reading someone’s butt shape tells a lot about a person’s character, and can even predict their future. One leader in this ~vast~ field is none other than Sylvester Stallone’s mom. Like, I’m sure your mom embarrasses you ever so often, but imagine if your mom was world-renowned for reading people’s butts.

Honestly, I just typed the word butt so often that I feel like I’ve turned into Tina Belcher. Ok, moving on.

3. Flat Earth: Everyone Has Been Lying To You, Your Entire Life

As soon as you’re old enough to know what, like, a circle is, you learn that the Earth is ROUND. (You also learn, erroneously, that Christopher Columbus thought the earth was flat and that’s why he ran into America instead of reaching India. Also, Christopher Columbus was a murderer, but that’s another issue for another time.)

Some people, however, disagree on this most basic of concepts. Maybe they hated their kindergarten teachers. Maybe they just take life really literally. Idk. But apparently, since the sky seems flat from, like, the ground, then the Earth must be flat!

The flat earth society not only argues that the earth is flat, but also that NASA is a hoax (obviously, they need an explanation for all that scientific proof that the earth is, in fact, round). Some fairly well-known athletes believe in it, and so does B.o.b., and tbh it’s a little concerning.

Read: The Top 5 Conspiracy Theories You Need To Know About

Apparently, the cause of disease isn’t your genes or pollutants or random mutations, but the fact that you aren’t connected enough to nature. Yes, let’s take the world’s current obsession with homeopathic medicine one step further and say that you can cure any and all diseases by just putting your toes in the grass. Wait until my weird essential oils aunt hears about this! Body earthers believe the earth apparently transfers positive electrons into the body that kill all the “free radicals” that are messing everything up. Basically, all your problems can be blamed on your shoes. Somebody tell the entire medical field.

5. Memetics: Ideas Will Take Over The Planet

This idea started wayyyy back in the 1970s, before the internet and memes as we know them today. This guy named Richard Dawkins wrote a book called The Selfish Gene, and used the word “meme” to describe an idea. According to Dawkins, memes would use the human mind as a host (this is giving off Invasion of the Body Snatchers vibes), and the meme would replicate or change as it jumped from individual to individual. An idea succeeds in culture if the host is willing to contribute to spreading around the idea.

This science of thought is called memetics, and though it seems harmless, I just can’t get the idea of an idea as a parasite breeding in someone’s head. Haven’t there been multiple movies made about this?

So basically, evil Kermit the Frog memes are going to kill us all. Honestly, it’s the way I want to go.

If you love cults, conspiracies, true crime, and sh*t like that, listen to the newest Betches podcast, Not Another True Crime Podcast!