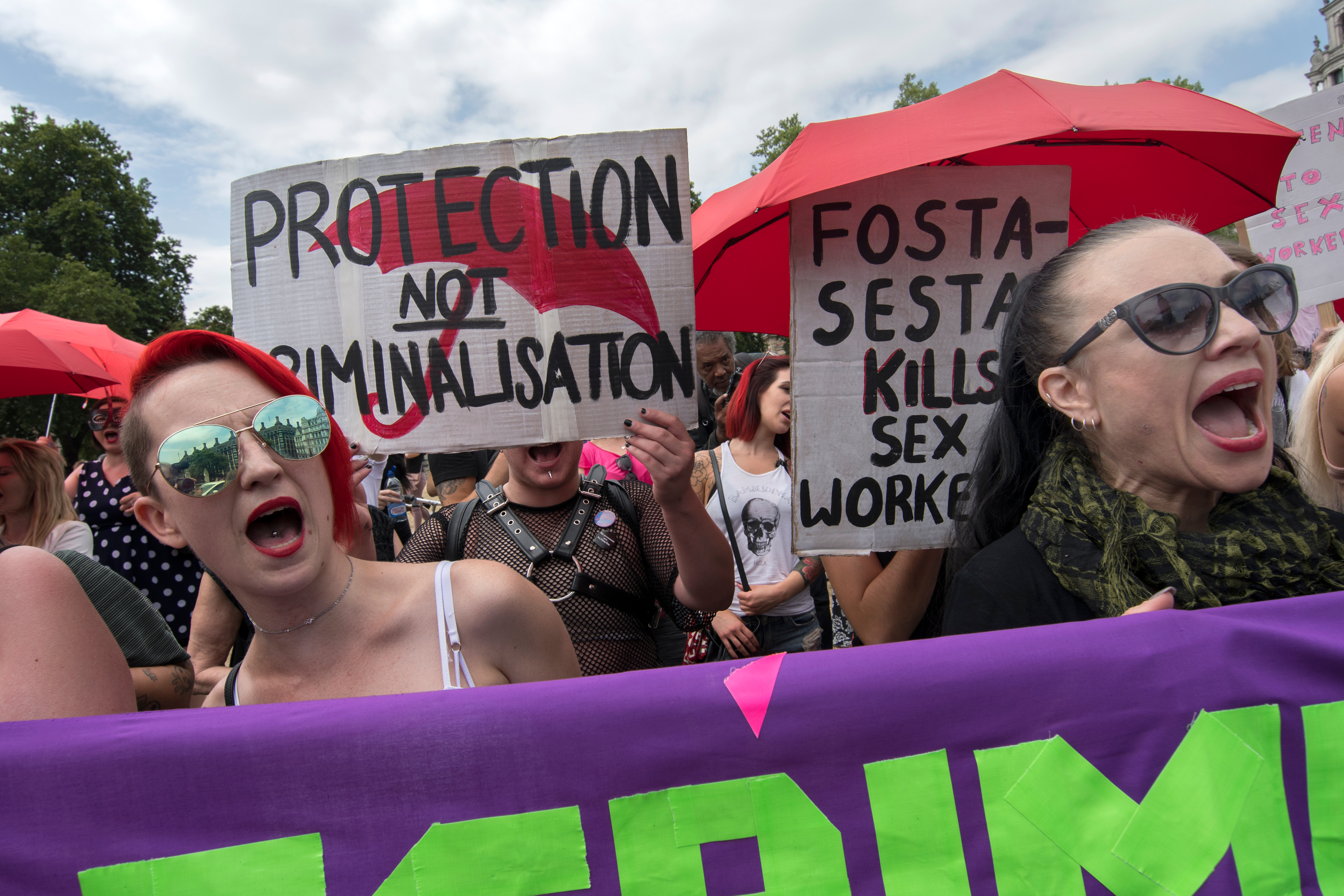 Ding ding, bitch, it’s International Whores’ Day! Despite what you might think, this isn’t just the one day a year that a girl can dress like a total slut and nobody can say anything about it (that’s every day, babe), it’s more of a day meant to raise awareness about sex workers’ rights. It’s a day for sex workers and allies to gather and demand the end of police and state violence, whorephobia, stigma and shaming, and advocate for the decriminalization of all sex work.

June 2 commemorates the 1975 occupation of Église Saint-Nizier church, where thousands of sex workers gathered to protest their inhumane working conditions. Forty years later, sex work is still wildly misunderstood and stigmatized, and sex workers are still struggling to be protected instead of condemned by the law. Again, we totally support your right to dress like a whore in celebration of today, but we also encourage you to do a little more. Here are five easy ways to support sex workers today and tbh every day.

There will be lots of marches, parties, and gatherings to celebrate and honor today. Hit up your friend Google and see what’s going on in your city. If you can’t find anything, gather your friends and talk about sex work in a positive light. Maybe some of your friends have some problematic ideas about it, or just don’t know enough about it in order to have an informed opinion. Maybe you don’t either. Change that! Spend the day having a dialogue with people about the issues sex workers face: poor working conditions, police brutality, stigmatization, and laws that actively put them in danger. Wherever you decide to gather, make sure you’re reflecting on what today is about. Be the hero you deserve!

2. Donate to an Organization

There are a lot of amazing organizations that help sex workers — The Sex Workers Project, The Sex Workers Outreach Project, and Lysistrata to name a few. Most of these organizations provide legal aid to sex workers who need it, and work to end the stigma and shame that sex work is met with far too often. These kinds of organizations are usually people’s first thought when wondering where to donate, so throwing them some money is really helpful. Plus, donating to charity is like, so hot right now.

I’ve been talking a lot about stigma, so let’s take a deeper dive, shall we? There are many different jobs that are considered sex work, such as stripper, adult film actor, dominatrix, web cam performer, escort, or someone who sells sex for money. Some of these are legal, some are not (mainly selling sex for money). However, they are all stigmatized. People look down on sex workers, as if they are “dirty,” “low class,” or “desperate for money.” This, my good bitch, is f*cking stupid. Sex work is work, and if we’re being real, the only reason it has this negative connotation is because sex workers are often womxn, and people are uncomfortable with the idea of a woman using her body as a means for making money. It’s a form of slut shaming, and slut shaming is literally so lame. So, once you yourself realize how *rude* it is to look down on sex workers, make sure your friends do the same. Correct people when they say offensive sh*t about sex workers or use words like “hooker,” “prostitute,” or “whore” in a derogatory way. Speaking about sex workers in this other-ing way isn’t just mean, it’s dangerous. It persuades people to think that sex workers don’t deserve rights or to be treated humanely. And that is what we call “evil bullsh*t.”

Okay, let’s talk about these laws that are putting sex workers in danger. One of the best examples of this is the Stop Enabling Sex Trafficking Act (SESTA). Now, you’re probably thinking, “Wait, sex trafficking is bad…so a law named for stopping it must be good, right?” Think again, b*tch! In theory, SESTA is supposed to make it easier to stop people from using the internet for sex trafficking. However, since people often forget to distinguish between sex trafficking and consensual sex work, this law has made things harder and more dangerous for those who chose to do sex work. Online communities are where a lot of sex workers find their business, and how they communicate with each other and stay safe. Without online, regulated sites, many sex workers are forced offline and into less safe spaces where things aren’t monitored as well, such as the streets.  Also, just as a note, Ivanka Trump advocated for this law, so. Anyway, there’s a lot to know about these kinds of laws, and it’s important to read up on them, know which lawmakers are for/against them, and vote accordingly. Also — and I cannot stress this enough — please remember to decipher between sex trafficking and sex work. Not doing so does a huge disservice to sex workers and only puts them in harm’s way.

5. Give Sex Workers Your Money

Happy International Whores’ Day! Now get out there and live your best whore life!

For more on this topic, listen to this special episode of the Betches Sup podcast with author Angelina Lombardo. She covers her own experiences with sex work, the movement to decriminalize it and the risks of waiting too long to do so.