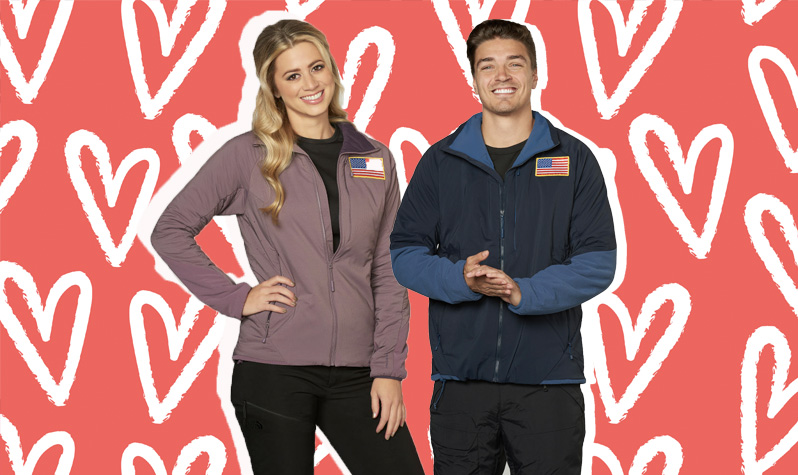 Who Is Lesley Murphy? 5 Facts That Prove She’s Way Too Good For Dean Unglert

The start of The Bachelor Winter Games cannot come soon enough. I need a new Bachelor show because this season has been v disappointing so far: Arie has dethroned Chris Soules as the dumbest most boring lead in franchise history, and I’m just kind of over Bekah’s pixie cut and fur coat combination. We get it, you’re a cool 22-year-old. So, as if I wasn’t already counting down the days, the news that fuckboy extraordinaire Dean Unglert has a new girlfriend from the show got me all excited. From daddy issues to Danielle L. issues, Dean is just fantastic at bringing the drama. And honestly, his journey from fuckboy in Mexico to boyfriend material in Vermont could prove to be an important lesson in dating rehabilitation. Maybe he learned something from his appropriately titled podcast, “Help! I Suck at Dating.”

But while I do want to know how/if he redeems himself, I mostly want to know who this Lesley girl is. Like, did she watch Paradise? Does she have no respect for Kristina? Is she a fuckboy charmer? Since I am a stalker impatient, I did some research to find out. And I’m going to go ahead and call it now: Lesley is way too good for Dean.

1. She Was On Sean Lowe’s Season Of The Bachelor

Lesley came in fifth place on Sean’s season and was sent home because she didn’t share all her feels on their second one-on-one date. She hasn’t appeared on any spin-off shows since then—so she obviously has (some) class, and she was a bridesmaid at Sean and Catherine’s wedding. Which is sweet, but also kind of weird.

2. She Used To Work In Politics

And she’s a Democrat. Thank god, we can still like her. She left her job as an executive assistant to a Democratic strategist in D.C. to appear on Sean’s season, and worked for the Obama campaign in 2008. She’s blonde, southern, and liberal. I honestly didn’t think those existed, at least not in Bachelor world.

This girl has my everyone’s literal dream job: getting paid to travel. At least now we know how to land that gig—be beautiful, be on reality TV, and be able to write. I can do one of those things (I hope, you tell me), so now I just need to get hotter and get on TV. According to her Instagram, she’s recently been to Sundance (with Dean), Bali, Sri Lanka, Greece, and I am fucking jealous.

Points for purposeLoved every second of the weekend with travel extraordinaire @thepointsguy and our equipo. From celebrating Three King’s Day to visiting a children’s hospital to hurricane beach clean up, I know this island has made a massive comebackThere’s still much work to do, but Puerto Rico’s resilience and beauty is everywhereSpecial thx to @seepuertorico for showing us that this island is ready for business 🙂 #puertorico #meaningfultravel #despacito

After traveling to Puerto Rico to promote relief efforts and tourism on the island, Lesley started a GoFundMe campaign to raise money to send dehydrated meals, water filters, and solar lights to Puerto Rico. Oh, I get it—she’s a saint. *Looks deeply into the mirror and asks, “what have you done lately?”*

5. She Recently Had A Double Mastectomy

Pink is powerI shared more of my story with @JuneJacobsSpa today about the importance of screening and advice to others who have someone close to them diagnosed with breast cancer. I’m frequently asked about what to do for a loved one affected by this disease. You can make a BIG difference in the life of someone with cancer, so head over to the #junejacobs site to read my thoughts! #respecttheritual #breastcancerawareness

Correction, saint and warrior. After testing positive for the BRCA2 gene, which can increase the likelihood of Breast Cancer by 50-85%, Lesley decided to undergo a preventative double mastectomy (à la Angelina Jolie). She’s since gotten breast implants and has been extremely open about her experience on her blog. Well fuck, she’s amazing.

To conclude: I don’t know how Dean could ever deserve this woman, but if anyone could turn him into a respectable man, it’s Lesley. I also hope he uses the same lines on Lesley as he did on Rachel, because I for one would really like to know her favorite dinosaur.

Catch up on this week’s Bachelor recap here!