Great news for anyone who enjoys making their Sunday scaries significantly worse: Euphoria, the show about the high school kids who are single-handedly keeping I.AM.GIA in business has been picked up for a third season. As all viewers of the show know, even the tamest episode of Euphoria will have you stressed to the point that your Apple Watch starts yelling at you to take a one-minute breather. At any given moment, something horrible is happening to someone. With that said, despite all of the plot twists, the show is still weirdly predictable. Even with moments as shocking as (spoiler alert) Jules revealing that Rue’s drugs were flushed down the toilet, there are still plenty of Euphoria tropes that don’t seem to be going anywhere anytime soon. Although we don’t officially have any spoilers for Season 3, it’s safe to assume that a few things will happen.

1. Rue Will Wear That Maroon Sweatshirt

If there’s one thing Rue Bennett will do, it’s put on a maroon sweatshirt. While the majority of the Euphoria High girlies avoid repeating outfits with the same dedication they put toward avoiding their homework, Rue has proven that there’s nothing more relatable than having one hoodie that basically holds your entire life together.

2. Ashtray Will Beat The Shit Out Of Fully Grown Men

Okay, I have a confession. I spend a lot of time thinking about how Ashtray is such a legendary character because he’s a legit CHILD, yet beats the absolute living daylights out of big, scary, grown men whenever he feels like it. This is tragic because we had almost two and a half years in between the first and second seasons of Euphoria, and the longer they wait to film new episodes; the older this kid is going to get. I usually find solace in thinking about the fact that Ashtray will eventually get old enough to drive a car legally; he will never age out of his willingness to fully clock someone at a second’s notice.

3. Vape Girl (Aka Barbara “BB” Brooks) Will Make One Appearance That We’ll All Tweet About For No Less Than Four Days

I’m still mad that Sophia Rose Wilson, the actress who plays Vape Girl, didn’t snatch up an Emmy for her delivery of the line, “WORLDSTAR” in Season 1, but hopefully, the one minute she’ll likely be gracing our screens next season will be just as impactful.

4. Laurie’s Damn Birds Will Make Awkward Eye Contact With Whoever Enters Her Home

Why do I get secondhand embarrassment every time one of those creepy little birds locks eyes with someone? The creators of Euphoria insist on giving those birds as much screen time as possible without turning HBO into National Geographic. Unfortunately, I don’t see that ending anytime soon.

5. Nate Will Have Completely Out-Of-Pocket Fantasies About Reproducing

Nate Jacobs needs to learn that “I want to have your babies” is an unacceptable pickup line for anyone, let alone a boy who has yet to take the SATs. Unfortunately, this child’s obsession with getting someone pregnant the moment he decides he’s attracted to them appears to be a personality trait at this point. I genuinely believe the only way we can avoid another one of Nate’s strange pregnancy fantasies is for him to become a teen dad, and we all know that the last thing the world needs is another member of the Jacobs family.

With the exception of the epic scene in which Kat freaked out at a bunch of toxic positive body positivity influencers in a dream state, her entire storyline this season has been “I don’t like my boyfriend.” Through no fault of her own, she’s slowly turning into scripted TV’s version of those Real Housewives cast members that get the “friend of” shaft after giving us the same storyline for too long.

7. Cassie Will Be Screaming, Crying, Throwing Up

Cassie is the queen of the boogery, gooey, ugly crying face, and that is genuinely something that sticks with you for your entire life. I also highly doubt she’s going to grow out of being the kind of girl who throws up all over her monokini in a hot tub until at least her junior year of college. Honestly, I’m fine with this because it means Sydney Sweeney will continue to do the lord’s work and give us countless reaction GIFs for *fingers crossed* seasons to come. 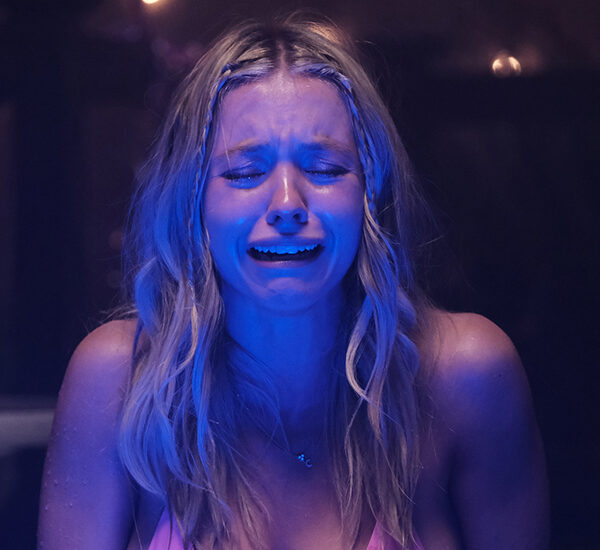 You’re Not A ‘Euphoria’ Character, And That’s Ok