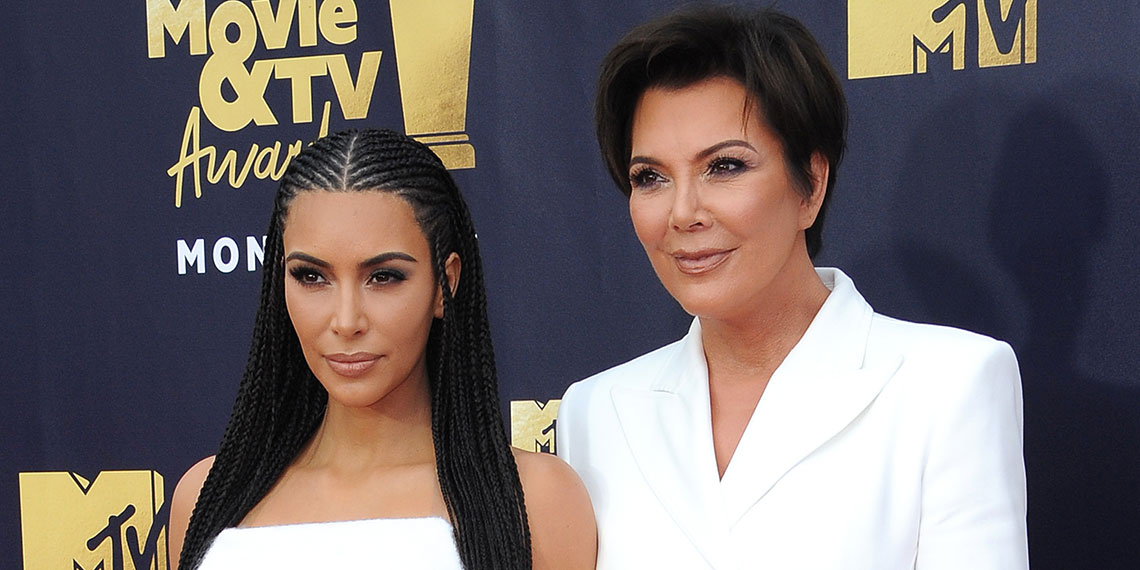 5 Things Kris Jenner Could Do Now That ‘KUWTK’ Is Over

Welp… never thought we’d be adding “Keeping Up With The Kardashians gets canned” to our 2020 Bingo card, but here we are. Yesterday’s news that the famous family’s 14-year, 20-season-long (and like, 12-season-TOO-long) series would finally be ending came as anything but a surprise. Kim was first to drop the bomb on Instagram, basically telling fans that even they were sick of keeping up with themselves.

To our amazing fans – It is with heavy hearts that we’ve made the difficult decision as a family to say goodbye to Keeping Up with the Kardashians. After what will be 14 years, 20 seasons, hundreds of episodes and numerous spin-off shows, we are beyond grateful to all of you who’ve watched us for all of these years – through the good times, the bad times, the happiness, the tears, and the many relationships and children. We’ll forever cherish the wonderful memories and countless people we’ve met along the way. Thank you to the thousands of individuals and businesses that have been a part of this experience and, most importantly, a very special thank you to Ryan Seacrest for believing in us, E! for being our partner, and our production team at Bunim/Murray, who’ve spent countless hours documenting our lives. Our last season will air early next year in 2021. Without Keeping Up with The Kardashians, I wouldn’t be where I am today. I am so incredibly grateful to everyone who has watched and supported me and my family these past 14 incredible years. This show made us who we are and I will be forever in debt to everyone who played a role in shaping our careers and changing our lives forever. With Love and Gratitude, Kim

Kim thanked her fans in a lengthy message that could have easily been said in one sentence. She mentioned the global success that resulted from the show, including the spin-offs that brought us the Rob & Chyna content nobody asked for, and Scott’s fake attempt at actually doing manual labor by flipping houses.

Oh, and she also dropped this gem, saying, “Without Keeping Up With The Kardashians, I wouldn’t be where I am today,” which we (and by “we” I mean Ray J) all know couldn’t be further from the truth. But speaking of Kris Jenner, who exploited her daughter for fame by way of Kim’s very viral sex tape (genius move, tbh), the show’s cancelation sparked a wave of concern as to what the momager-slash-marketing-puppeteer will cook up next considering this big announcement is prob just part of the next major business scheme.

What if this announcement that KUWTK is getting canceled is just a publicity stunt for their new spin-off pic.twitter.com/b8ApV9nteZ

While previously spending her time hiding pregnancies, plotting family feuds and selling her kids’ sex tapes, Kris’ schedule just opened wide up, so, like, what now?

Here are some of our theories that you also didn’t ask for:

No joke, I’ve been manifesting Kris’ permanent spot on Real Housewives of Beverly Hills for the past 24 hours. This is actually a legit rumor going around that Kris is set to take her place as Bravo’s newest housewife of Beverly Hills, and fans are here for it.

Since we watched Kris’s talk show flop right before our eyes, we know she won’t be taking after Kelly Clarkson any time soon. So consider her cameo on the show earlier this year, when she attended good friend Kyle Richards’ benefit party, her audition.

I can just see her intro tagline now…

40-something-year-old Kourtney Kardashian and 19-year-old TikTok star Addison Rae’s friendship will forever live rent-free in my mind, because… how? Addison started hanging out with Kourtney because her son Mason was a big fan, but Kris Jenner came in and was all, “Hold my Tito’s.”

The fact that the Kardashians have begun conquering the TikTok world, using Addison as their gateway, is a sheer genius tactic that only Kris Jenner is capable of crafting. By being taken under Kourtney’s wing, Addison is exposed to even more fame, which is the perfect opp for Kris to benefit from Addison’s success… all while Mason’s friends taunt him with hot TikTok videos of his mom.

today is a beautiful day

Not gonna lie, “Keeping Up With The Kousins” has a pretty solid ring to it. Now that an entire army of Kardashian offspring has been created, this is Kris’s chance to document Mason’s booming TikTok career, North taking over the Sunday Service biz, and Dream’s life-altering decision to become emancipated from Blac Chyna. (Just spitballing some potential storylines.)

Celebrating my mom MJ on her birthday last week! Thank you Rick Ross for making my mom so happy! She adores you! #rickrossmusic ❤️ #family #love #repost @kimkardashian Happy 86th birthday to my grandma Mary Jo. Last week we celebrated my sweet grandma and she hasn’t left her house since January. First she was sick and then Covid lockdown. So we got her best friends tested and driven up from San Diego to celebrate MJ. We even had her favorite piano player and singer from San Diego come to perform. It was such a magical day and grandma you deserve the best!

It might take some heavy convincing to get baby-less Kendall on board, but just imagine her future baby announcement segueing into the series premiere…

I know our country is the saggy butt of a running joke and all, but how else do you think Kanye was able to secure a spot on the 2020 Presidential Election ballot in like, four states without some mastermind trickery and a deal with the devil? And who else do you think is brokering those deals between Satan, hmm?

Since Kanye’s smartest move to date has been un-endorsing Donald Trump, Kris has been secretly hustling the newfound “Birthday Party” in an effort to put an end to America’s two-party system, which would be her second most impressive accomplishment to date.

She’s Working On The Coronavirus Vaccine

Not to start rumors or anything, but it wouldn’t totally surprise me if Kris was part of a global vaccine scheme that contributed to the world domination of all humankind.

K, this is a stretch, but it’s true what they say: “The devil works hard, but…” you know the rest.