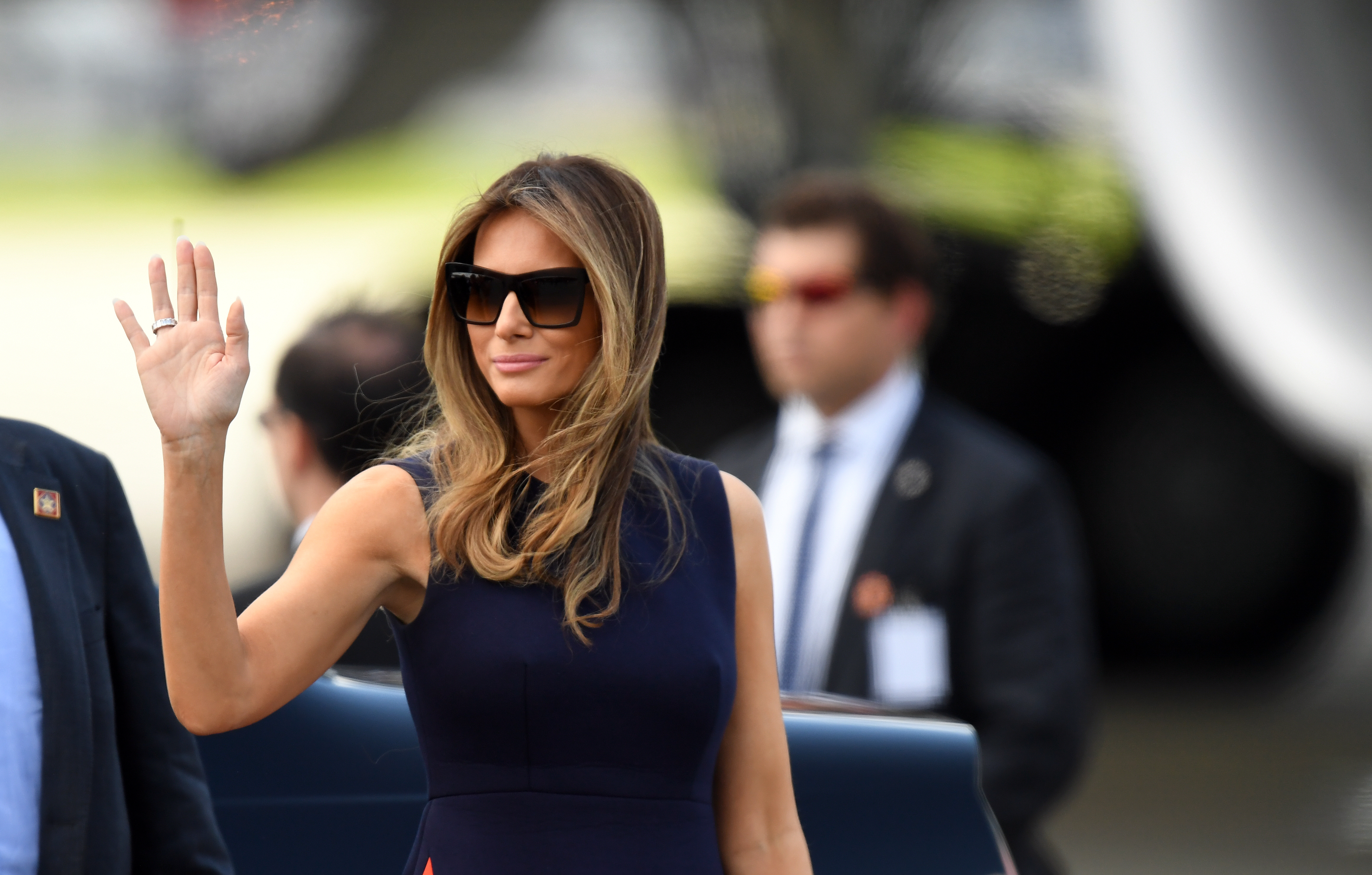 Melania Trump Disappeared For 25 Days And We Have Theories

Cancel the plans to put Melania Trump’s face on a milk carton, because the missing first lady is back in action. It’s been over three weeks since Melania was last seen in public, but on Monday afternoon, she attended a closed-to-the-press event at the White House to honor Gold Star families, so I guess things are totally fine and normal? Lol jk something weird is definitely going on and I (and the jumbo margarita I’m drinking right now) intend to get to the bottom of it, with some much-needed and well thought out Melania Trump conspiracy theories.

How Did This All Begin?

This all started when the First-Lady-who-never-wanted-to-be-First-Lady went into the hospital on May 14 for a kidney procedure. According to the White House, the procedure was “successful with no complications,” but then she stayed in the hospital for the rest of the week, which set off some conspiracy theory radars, since the most common procedures for benign kidney conditions tend to have you up and out in a day or two. Things started getting more batshit when Donald Trump told reporters told Melania was doing great and “looking at us right there,” and then pointed to an EMPTY WINDOW, and then when Melania’s Twitter account posted a weird tweet about how she was doing that sounded a lot more like POTUS than FLOTUS:

I see the media is working overtime speculating where I am & what I’m doing. Rest assured, I’m here at the @WhiteHouse w my family, feeling great, & working hard on behalf of children & the American people!

Unlike your burnout cousin, first ladies don’t normally disappear for three weeks, so the internet (and I) have plenty of theories about where Melania’s been.

Theory 1: She Got A Face Lift

That “kidney procedure” was totally plastic surgery. Think about it: being married to Donald would give anyone frown lines. It takes way longer to recover from a face lift than it does from kidney surgery, so maybe all this time Melania’s just been icing her cheeks in the dark and wondering why she didn’t marry some other rich guy instead.

Theory 2: She Secretly Moved Back To NYC

I would not be surprised if Melania shimmied down the White House drain pipe (or out the White House sinkhole) in the middle of the night and took herself back to Trump Tower, where she can sit in a gold room and not have to hold anyone’s hand if she doesn’t want to. After all, it’s what she did the first few months of her husband’s presidency.

I mean, we all saw that photo where Barack Obama made Melania smile wider at Barbara’s Bush’s funeral than she has in months. Seems like she’d absolutely want to sleep in Barack and Michelle’s spare room, eat their snacks, and remember what it’s like to laugh again. Plus the Obamas are wayyy more receptive to distressed immigrants in need of shelter than the current administration. Sadly, she’s had to return to the White House because, like with parents who kick their kid out of the basement so that they can finally enjoy retirement, the Obamas needed to her to Let’s Move on, even though these were the #BeBest three weeks of Melania’s life.

Don’t we all want to eat a bunch of pasta, meditate, and hook up with a hot guy from another country? Maybe Melania’s a basic bitch just like the rest of us.

Theory 5: She’s Out Being Best

Maybe she’s just working really hard on her new “Be Best” initiative.  Stopping bullying is v. difficult, especially when your own husband is the biggest bully in America.

Anyways, I guess she’s back now, although since this event is closed to the press, I have my suspicions that “Melania” will actually just be Jared Kushner in a wig.