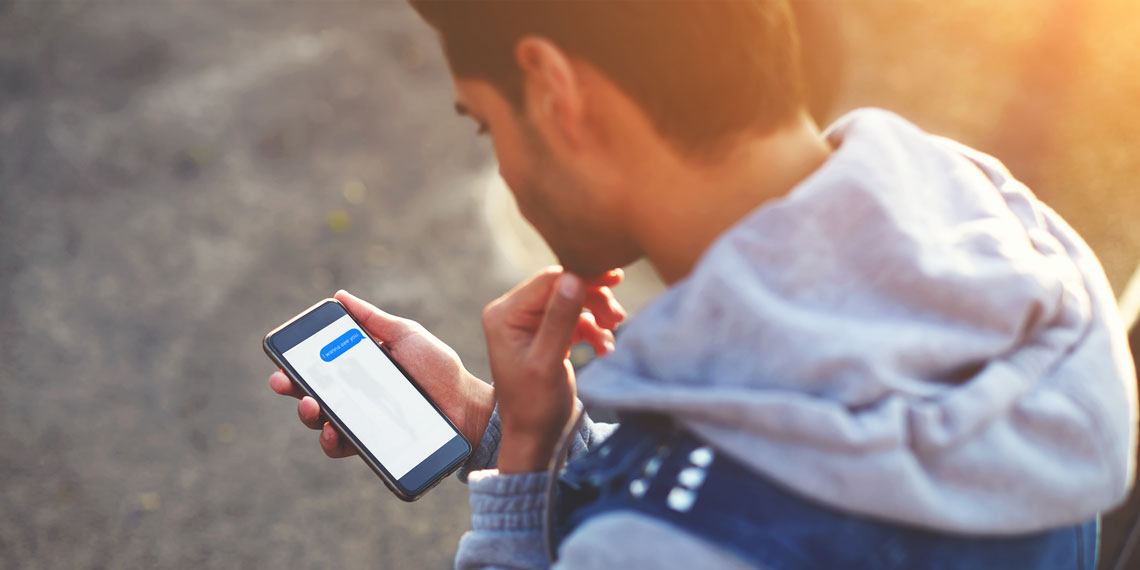 If anyone remembers me from what I consider my glory days of writing at Betches (circa 2014-2015), then you know that my forte was shading f*ckboys I was involved with (only, we didn’t call them f*ckboys back then—we just called them guys). Look, I hate men as much as any straight woman who pays attention to the news in 2019, but the one upside of dealing with them is that it brought me semi-viral hits such as “A Strongly Worded Letter To Guys Who Invite Me Over To Watch A Movie” and “How To Initiate Conversation On Dating Apps Without Sounding Like A Creep”. Well, I’m happy (read: dismayed) to announce that after a brief dip back into the dating pool, I have emerged with more ammo with which to semi-anonymously roast the parade of clowns I have recently let into my pants, otherwise known as my roster. If you don’t like it, well that’s too f*cking bad, Tyler. (Just kidding—nobody shaded here is named Tyler. I told you, I do this semi-anonymously.)

Anyway, in my very brief experience entertaining the idea that #notallmen are terrible, I’ve been on the receiving end of some truly astounding texts. And I’m not talking about the obvious kind, either. I don’t mean the gross sexually explicit stuff, or even “u up?”. We’re past that. That stuff is a no-brainer. We know those texts are bad. I’m talking about the insidious texts, the texts that seem sweet, until you examine it from underneath, like you would flip up a smooth-looking rock you see on the ground, and reveal all the teeming laziness and entitlement and general grossness underneath.

“I Wanna See You”

I’m just going to cut right to the chase here, with the text that inspired this article. On the surface, this text seems cute. “Aw!” you think. “He wants to see me!” you think. “He’s clearly thinking about me!” you think. Wrong. Wrong on all accounts. See, here’s why this text is complete and total bullsh*t: because it’s not actually true. Why? It’s simple. If you want to see someone, and you’re texting that person, then you’re literally a few characters removed from actually seeing them. This would be like, if I went up to the cashier at the grocery store and told him I was hungry. It’s like, so??? Are you gonna do anything about it or nah? If you wanna see me, then f*cking try to see me. This is a problem that could very easily be remedied. But since he’s not actually trying to remedy this problem, he doesn’t really give a sh*t about seeing you. What he wants is for you to take this very lazy attempt at a booty call, pick up the ball, throw it back at him and set up plans, and boom! He’s incepted you into asking him out on a date. If I wanted to do that, I’d have done it in the first place. Bottom line is if you want to see me, ask me out. If you don’t, let me live my life.

Unless you’re talking to your ex and are in the midst of having a conversation about possibly getting back together, I do not wanna see this sh*t. “I miss you” is just a more emotionally manipulative “I wanna see you.” Oh, you miss me? You miss me so much that all you’re doing about it is sending me a half-assed text after 9pm? No matter what time of day you receive this, don’t fall for it. Again, if this person really missed you for as long as they’re claiming, why is this the first you’re hearing of it? Because it’s not true. Even if it’s not 9pm, it’s still some low-effort manipulation. And I mean low-effort! If you’re going to manipulate me, at least put some thought into it—kidding. Totally kidding. Do not do that. And while you’re at it, do me a favor and f*ck all the way off with this nonsense.

If I get a text that just says “Sara” (yes, that’s my name, no, it’s not Olivia—it’s called a pun, people), I will possibly throw my phone into the nearest river. Which means I’m gonna have to trek all the way out to the East River, and now you’ve just massively inconvenienced me, so I’ll be extra mad. But back to reality and not the hypothetical scenario I just made up about chucking my phone into a body of water. This text is, you guessed it, complete nonsense. Why are you texting me simply my name? I know it already. I’ve known it my whole life! And what the hell am I supposed to do with this? Do I text you back your name? And then suddenly we’re playing a game of Thumper? No thanks, I’ll just take the shot. Any guy who sends this text, can you please elaborate in the comments what you are hoping to get out of it? Well, I mean, I know what you’re hoping to get out of it: no-effort sex. But still, please explain yourselves how exactly we are meant to get from point A to point Z.

I will give the men one small concession here and admit that this text is crappy and it is gender neutral. Everybody, we have got to retire the “hey stranger” text. I’m not going to come out here and tell you not to try to rekindle things with your former FWB who you kinda have feelings for and now just want to hook up so you can get it in without having to download an app to find new d*ck or up your body count (what? who, me? never). I’m just saying, be a little less cliche about it. Honestly, I think even a “u up?” is better in this instance. It’s not cute to be like “hey person I stopped talking to completely but am now crawling back to, are you over me yet?”. I think if you’re gonna do something, do it 100%. If you’re going to booty call someone who used to like you and whom you then ghosted, be upfront with your intentions.

I mean, look. If this is during the weekday, then my day is hovering anywhere between kind of crappy and just fine. I have an office job! My job is cool, that’s for sure, but there’s not a huge emotional range there in my day-to-day activities. And if there were, I wouldn’t tell someone I’m casually getting myself acquainted with. Like, what do you want me to do, admit to you that I cried in the first bathroom stall on the left? No, I think that would be a buzzkill. So what am I supposed to say to this? “Good, and you?” “Good.” Cool. Great conversation. Truly riveting stuff. If you want to inquire about my future plans, why not ask if I’m doing anything fun tonight/tomorrow/this weekend? Then, that is a very easy segue into inserting yourself into said plans. See what I did there? I just did all the work for you in asking me out—which is the exact scenario I was hoping to avoid. Damn it.

If you’re discerning, then you’ve likely picked up on one big overarching theme, which is that women don’t want to receive texts that are full of just dumb, empty sentiments. We are not stupid. We are fully aware that actions speak louder than words, and are also way more difficult than just saying the first vaguely nice-sounding thing that pops into your head. That’s why they hold weight. If you’re not going to back up your texts with any tangible movements, then please don’t say anything at all.