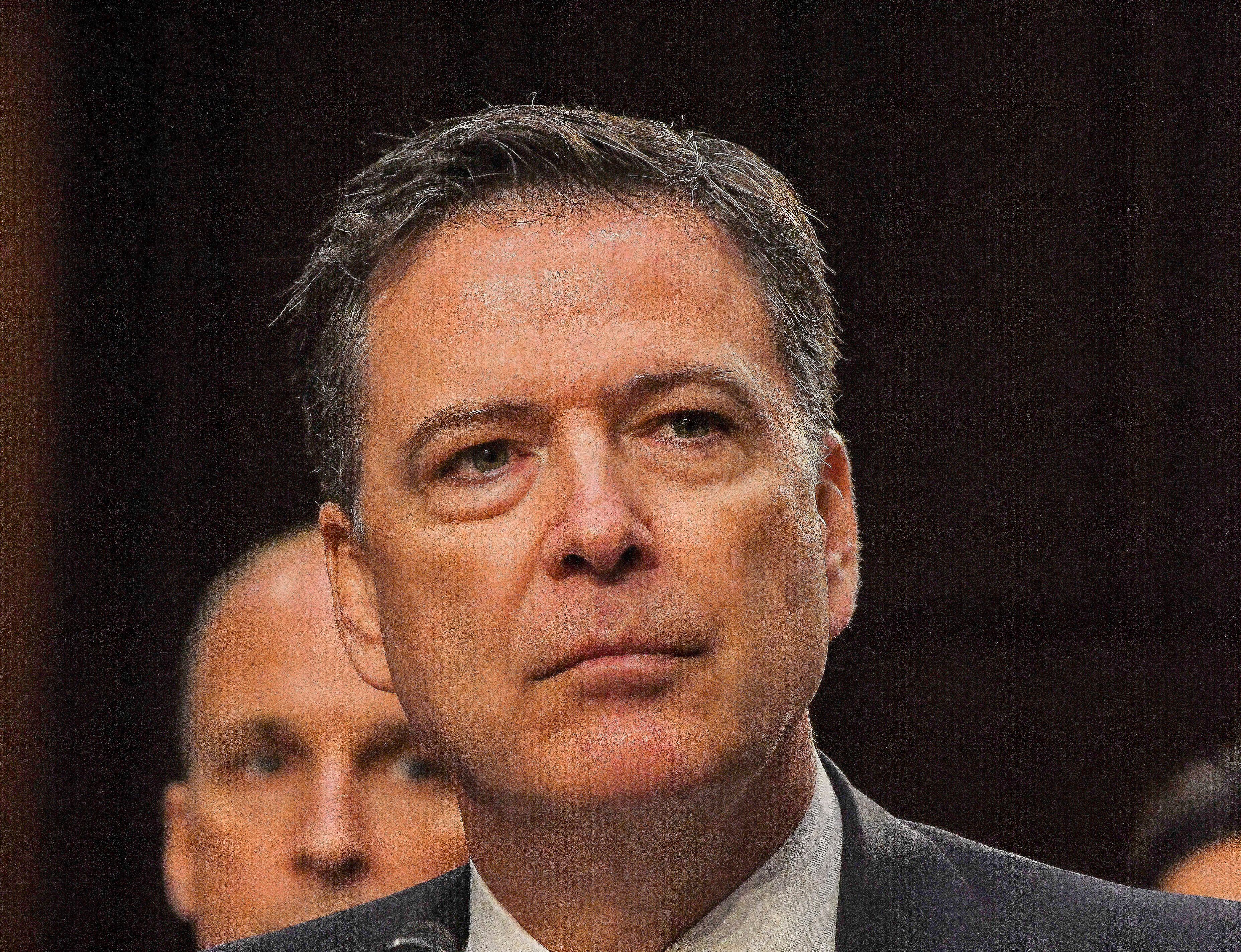 Guess who’s back, back, back. Back again-gain-gain. Comey’s back, back, back. TELL A FRIEND. Y’all know him. He’s the former Director of the FBI, he was fired by our president, and he’s tall AF. That’s right, we’re talking James Comey. Tallboy Comey sat down with ABC’s George Stephanopoulos for a juicy interview, and let me just say, I hope they had some mops on set because the damn tea was SPILLED. The thing about interviews is that they are long and require you to pay attention (ew), so we went ahead and highlighted five takeaways from the interview so you don’t have to watch the whole thing. Or like, read a non-fun article. You’re literally so welcome.

Lol. Grab yourself a sweatshirt because Comey is bringing the SHADE. Are we loving my prop comedy in this article so far? Okay, great. Comey compared D. Trump to a mob boss, not in that he’s out breaking legs per say, but more so just the culture within his administration. Comey mentioned, “the loyalty oaths, the boss as the dominant center of everything, it’s all about how do you serve the boss, what’s in the boss’s interests,” and went on to say that this is what’s prioritized over what is best for our country. Dope. Comey says “mob boss,” I say “big, whiny brat with a small peen complex.” To each their own.

Comey Thinks Trump May Have Low-Key Obstructed Some Justice

Love when the prez casually obstructs justice. Comey can’t say for sure since he’s not investigating this, but he can say he witnessed Trump ask him to drop the investigation against Michael Flynn. Furthermore, Trump made this request after asking everyone but Comey to leave the room. Suspicious much? Stephanopoulos brought up that Trump denied doing this, to which Comey responded, “Yeah, well, what am I going to do? He did.” It’s like when you’re little brother would hit you, and you’d hit back, and then your mom would yell at you, and your brother would say you started it, but like, there was no way to prove he was lying. So yeah, dealing with Trump is like dealing with your five-year-old brother.

Comey Confirmed That Trump is a Certified Narcissist

Look, it’s 2018 and we all enjoy taking pictures of ourselves just a tad too much. But Trump takes narcissism to a whole new level. In the ABC interview, Comey talked about how Trump would break out into monologues about himself — about how big the crowd at the inauguration was, how great his speech was, how he never assaulted any women, and other things of that nature. The best part is that Comey clarified, “I’m sure you’re wondering what question did I ask that would prompt those? None, zero.” Trump goes on and on, defending himself against things that nobody in the room has brought up. There is a word that…it’s…UNHINGED.

Comey Thought Hillary Clinton Was Going to be President

Girl, same. Comey has been criticized a lot about how he reopened the investigation of Clinton’s emails towards the end of the election. It was messy AF, but Comey stands by his decision. He and Stephanopoulos discussed how Comey’s assumption that Hillary was going to win might have affected his decision making here. The idea is basically that Comey assumed Hillary would be president, and he knew if that were true, it’d only be fair and just to have her name cleared/have the public know the truth about her. Too bad things didn’t work out as planned. *Stares out window, watches the rain fall, and feels a single tear roll down my cheek*

Comey Thinks Trump is “Morally Unfit” to be President

Again, going to have to agree with the tall guy on this one. Comey suggested that it’s not Trump’s mental state that makes him unfit to be the leader of the free world, but rather his broken moral compass. Sometimes the answer has been right in front of you the whole time: Trump is simply too big of a douchebag to run this country.

Well, there you have it. I hope you have your air conditioner installed so you can cool off from all of that hot goss. Okay, I’m done.