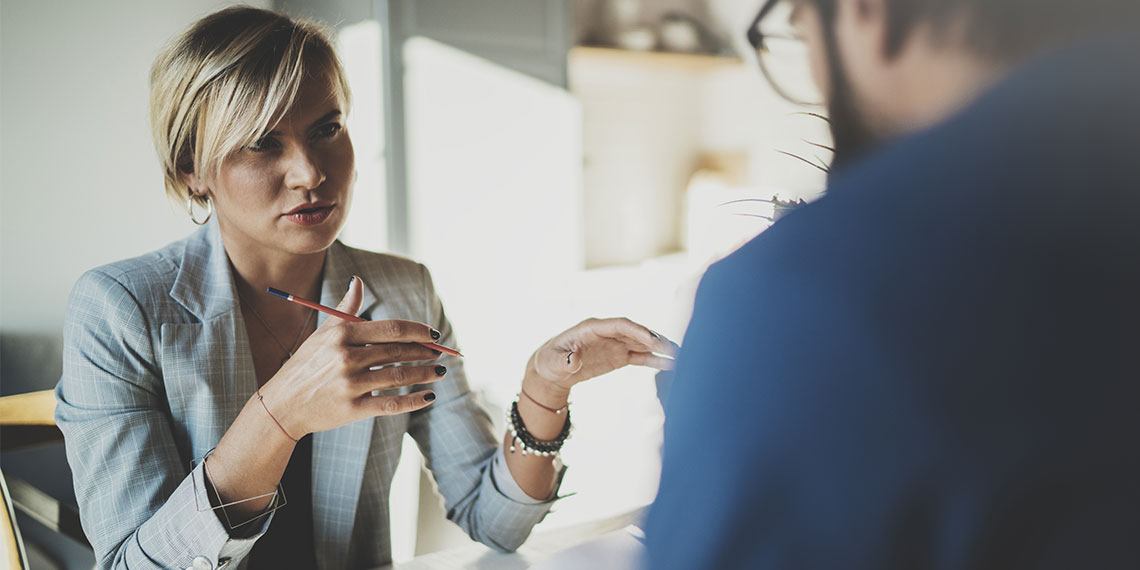 5 Signs You Have A Toxic Boss & How To Handle It

With the amount of time we spend at work each day, it’s no wonder that a boss can make or break the experience. It’s been said that people leave bosses rather than jobs, and the statistics back this up. According to a recent study, 60% of employees surveyed left or were considering leaving a job because of their direct supervisor. While it’s rare to have a perfectly ideal manager, there are certain characteristics that may indicate you are dealing with a truly toxic boss  . As someone who has had experience with more than one veritable nightmare of a human being challenging boss, I can personally attest to how all-consuming such a negative experience can be. Because I’m such a selfless person, I’ve come up with a list of common toxic boss traits as well as strategies to survive these monsters while deciding on next steps.

Before your new boss, work was a sort of bearable pleasant place to be. But now the environment has changed sharply and suddenly. The way this change takes effect can differ, ranging from more overt behavior like yelling and disparaging employees, to more subtle behavior like an intensity that causes the whole department to feel stressed where they once felt comfortable and at ease. The key is that the environment has changed for the negative.

This one can be infuriating. Despite all of your efforts to date, your boss can’t help but insert themself into tasks that you’re more than capable of completing and feels compelled to tell you how to do them. No matter how glowing your track record, a micromanager won’t be able to rise above their own insecurity and trust you to do your job, because they need to feel like they aren’t an insecure shell of a person important and call the shots.

A toxic boss is incapable of acknowledging they are a human being who, like the rest of us, makes mistakes. Instead, he or she will gloss over their own errors, despite practically foaming at the mouth when it’s time to point out yours. The rules don’t seem to apply to them and they present themselves as almighty and infallible. In other words, they’re really fun at parties.

Instead of cultivating a respectful and mutually beneficial relationship with those who report to them, toxic bosses are only interested in making themselves look good. You only exist as an extension of them, and they treat you like a minion rather than a colleague. They’re only interested in having you validate their existence rather than help you with your career. Hierarchy is very important to this kind of boss and they won’t let you forget it. Some may even go so far as to take credit for your work.

Honestly, yes. Yes I do. | @honestrestaurantmanager

A good boss can take constructive feedback and internalize it. A toxic boss is incapable of doing this. No matter how articulately you express yourself, any criticism or pushback, however valid, is viewed as an attack and this kind of boss can’t hear it. In fact, when you do try and share a differing view, they may punish you later in an attempt to reassert their power. Reasoning with this type of boss is about as fruitful as reasoning with a toddler. Now, let’s get on to some useful strategies for dealing with these toxic bosses.

Admittedly, this might not be possible with certain bosses, especially those who shut down in the face of feedback. But if your boss has a glimmer of humanity, it might be worth trying to suss out the root of the disconnect, if only to bolster your argument later that you tried everything in your power to address the issue professionally and without outside intervention. It may even take several conversations, but if you can get an open dialogue going and your boss is willing to try to improve the relationship, it can pay dividends down the road.

After enough frustrating interactions, you will likely be able to see patterns in the way your boss likes things done or reacts to certain behaviors. For example, if you’re dealing with a typical narcissist, you can make them feel needed and validated and, therefore, less threatened by you, allowing you more space to do your job. It can be a tough pill to swallow at first, especially if you’re anything like me and hate being superficial with people. But think of it as something you are doing for yourself and your own well-being, rather than for your boss.

Strategy #3. Seek Out A Support Network

Unless you’re dealing with a true psychopath, there’s a good chance you are not the sole target of your boss’ treacherous behavior. Don’t be afraid to confide in coworkers that you trust and rally around your colleagues when things are difficult. The camaraderie reminds you that you are not alone, making you less likely to spiral into a dark place. This can even be an opportunity to bond with coworkers you weren’t as close with before the toxic boss. Nothing unites people more than a common enemy and you may even be able to find some humor in your boss’ fugly haircut the situation as a means of relief.

Strategy #4: Go Outside Of Your Department

If the previous methods aren’t working or are simply impossible, it’s time to look to outside resources for support. In most cases, this will be the company’s HR department. While very few HR departments operate swiftly and effectively, the company should be aware and on notice of what is going on with your boss so it can be dealt with appropriately. It’s also good to have a record in the event you are terminated and believe it was retaliatory. If your company doesn’t have an HR department, confide in a colleague you trust who is at a comparable or higher level than your boss. He or she may have some insight or can serve as an ally later on if needed.

I only apply to jobs where a cover letter isn’t required | twitter: nchlaz

A toxic boss can wreak havoc on your mental health, and no job is worth paying that price. If the situation is untenable, leaving may be the only option. Of course, most of us are not Kylie Jenner and can’t afford to just up and quit our jobs. Put a plan in place that allows you to work toward leaving as soon as it’s feasible—start looking at other opportunities and networking, set a reasonable deadline, and see what other levers you may be able to pull in the meantime. If the situation is really dire and you have to get out, assess your finances to see if you can rely on savings for a while and/or talk to your parents, partner, or other loved ones to see if some interim financial support is possible while you look for a new job.

If you’re currently saddled with a toxic boss, you’re far from alone. Know your value, never waver from it and don’t allow an insecure and likely deeply unhappy person to make you feel less than capable. At the very least, navigating this situation will teach you some valuable lessons about how to be a leader and show you what you should not do when you are a manager. Because evil comes in many forms, I know I didn’t touch on every toxic trait and coping strategy. Share your horror stories and solutions in the comments!