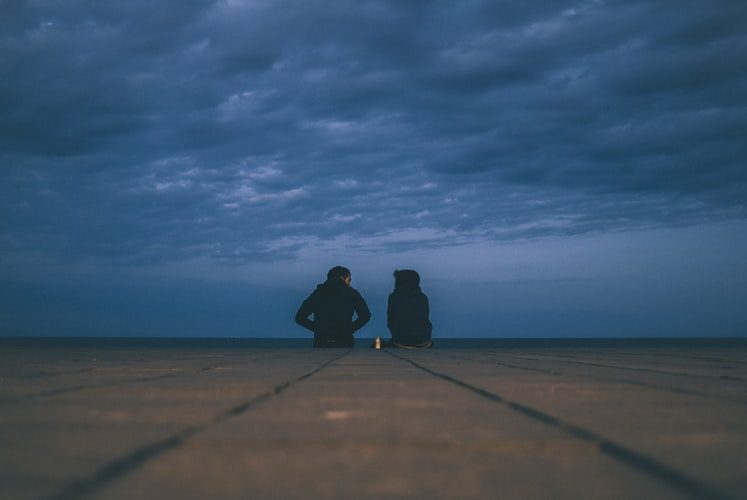 It’s said that friends are the family we choose, and I couldn’t agree more. My girlfriends are some of the most cherished people in my life, and there’s no one else in the world I’d rather talk sh*t have several glasses of chardonnay with than them. But is it realistic to expect that all friendships will last forever? I’d argue no, especially now that the average life expectancy is in the 70s instead of, say, 35. While no one wants to dump a friend, there are certain signs that indicate your friendship may not be long for this world. Here’s how to tell it’s time to break up with your BFF.

1. The Dynamic Has Become Toxic

You’ve likely chosen your friends because they make your life better in some way. (At least, I hope so.) While it’s natural to fight occasionally, if every interaction is fraught, this is a good indication that the friendship may not be worth maintaining. Your friends should lift you up and be your biggest supporters. If instead, your friendship is making you feel worse about yourself, whether as a result of jealousy, competition, pettiness, passive aggression or some other form of negativity, it might be time to move on.

How To Handle: Think about whether the friendship can be saved by addressing the problem head-on with a direct and honest conversation. If it can’t, the friend in question won’t cop to her behavior, or you simply don’t want to bother anymore, it’s time to cut the cord.

2. You’re The Only One Giving

Friendship should be a two-way street. Of course, at certain times, one party may be giving more than the other, but neither party should be expending all of the effort on a consistent basis. While a friend who dominates the conversation with their drama might be exciting in high school or college, the novelty wears off once you enter the real world. If your friend only seems to contact you when they need something, but isn’t there for you when you need support, it’s time for you to sashay away.

How To Handle: This type of friend usually lacks the self-awareness to change their ways. If you want to get off the roller coaster, a slow fade is usually the best approach.

Because life circumstances constantly change, certain friendships that emerged at one particular point in your life might not go the distance. These divergences become more apparent in your twenties and beyond as priorities start to shift. While it was easy to bond with Janine when you were downing Natty Lights during sorority pledging, it might be harder to relate when you’re climbing the ladder at work and navigating the veritable cesspool that is the New York dating scene while she’s preparing to pop out baby number three. History is great, but it shouldn’t be the only thing keeping you together. If every conversation feels like work to try to find some common ground, it may be time to put your energy elsewhere.

How To Handle: Chances are good that if you’re feeling a lack of connection, your friend is feeling similarly. In that case, you may not need to do much to create distance. If neither party wants to put in the work to keep the relationship going, it will likely dissolve over time.

We all have moments where we just don’t feel like socializing with sentient beings other than our dogs something unexpected arises and we can no longer stick to plans we previously scheduled. However, if your friend is regularly bailing on plans with little to no notice or explanation, this is likely a sign that something is off with the friendship. It’s also highly disrespectful of your time. I knew I had to consciously uncouple from a friendship when the other party thought it was acceptable to cancel plans without excuse when I was already in a cab en route to meet her.

How To Handle: Unless you’re willing to write this person off immediately (same), this warrants a direct conversation. Be honest about how your friend’s actions are affecting you. If she is able to own her behavior, there may be hope. If not, it’s time to bid her adieu.

5. You’re Not Eager To See Them

Your time is precious, especially as you get older and are juggling different priorities. It’s important, then, that this time is spent with people who are adding value to your life and who you genuinely enjoy seeing. If a friend reaches out to make plans and you feel a sense of dread rather than excitement, this may be an indication that the friendship has run its course. Think about whether your reaction is stemming from something temporary, like a friend who is negative because they are going through a hard time, or something more permanent, like a friend who simply no longer shares the same values. If it’s the latter, it may be time to phase out the friendship.

How To Handle: This one is tough. Ideally, the hope is that with enough excuses, this friend will get the hint that you no longer want to invest in the friendship and the problem will solve itself. If, however, this friend won’t let you off the hook so easily, you can let them know that your priorities have changed and you no longer feel as close as you once did. It’s uncomfortable, but sometimes it’s best to simply rip off the Band-Aid.

Ultimately, it’s up to you and the friend in question to determine whether the friendship is salvageable. The idea is to assess whether or not both parties can or want to invest in the relationship and to act accordingly. If the answer is to move on from the friendship, there’s nothing wrong with that. Honor your feelings and do what makes you happy. I know I didn’t cover every sign, so share your stories in the comments!