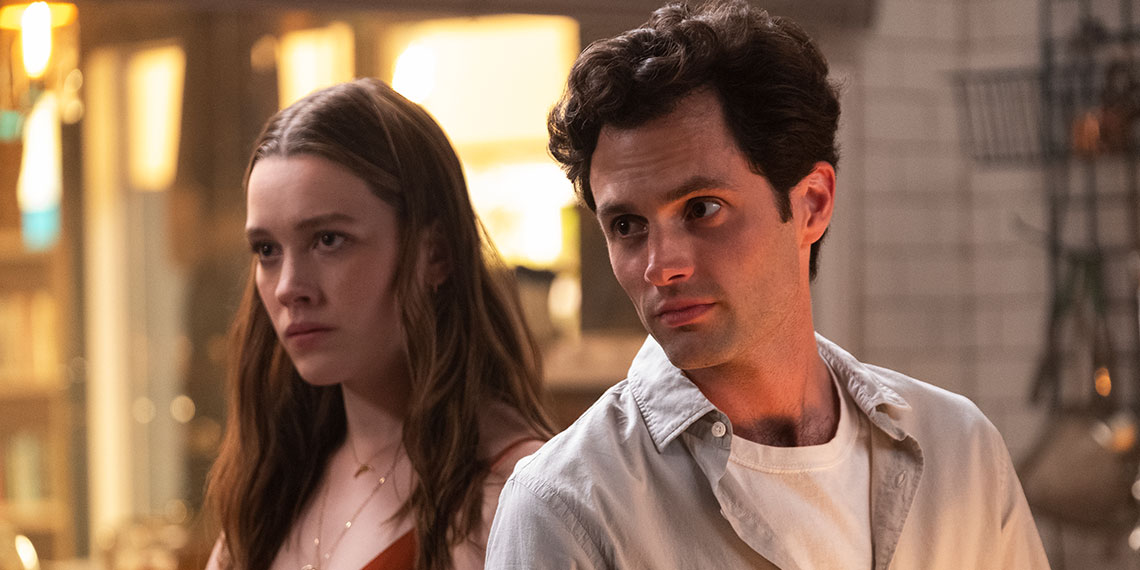 Some say that the best holiday gift was spending time with family. I, however, forwent family time this holiday season to lock myself in my childhood room and binge the second season of You because Netflix’s impeccable timing is truly the best gift of all. If you didn’t watch, just stop reading now because there will be many a spoiler. Season two is exactly like season one except it takes place in L.A. and is slightly better because more people die in this one, and because the names in this season are even dumber than Guinevere Beck, if you can believe it.

I’m not going to summarize the second season, nor am I going to review it, but I will offer five of my favorite inconsistencies because even though Joe Goldberg is my favorite Jewish murderer, he f*cked up a lot. Buckle up, because we’re about to take a drive through the biggest plot holes of You season two.

Similar to that of Jeffery Epstein, Henderson’s death was a very obvious murder that the cops stupidly believed was a suicide. If watching 22 seasons of Law & Order: SVU has taught me anything, it’s that suicides are pretty easy to differentiate from homicides, so I’m confused how anyone with working vision could walk into Hendy’s sex dungeon and just be like, “Yep, suicide for sure.” To set the scene, Henderson is laying face down in a pool of his own blood with rope marks on both wrists and a f*ckton of GHB in his system. I’m no detective, but that doesn’t seem like a suicide to me, L.A.P.D.! Of course, he died in a sex dungeon, so the rope marks could have just been some kind of BDSM thing, but the GHB? Generally, if you want to enjoy the sex you’re about to have, you don’t roofie yourself right beforehand.

Obviously, it is later revealed that, surprise, his death actually wasn’t a suicide, and the police decide that the most obvious target on whom to pin the murder is a 15-year-old girl, because of course. All the cops had to do was visit the scene of the crime to realize that her fingerprints, hair, fibers, etc. are nowhere to be found to conclude that she was never down there. Of course, she could have been wearing gloves, but since she can barely read a book, if she was down there, she’d likely leave some evidence.

And lastly, if every 7/11 has a security camera on its slushy machines, wouldn’t it make sense for a hugely famous comedian in L.A. to have a few cameras on his multi-million dollar home to avoid things like break-ins and murders? All I gotta say is f*ck the police. Case closed, people.

I can derail this plot line in one single sentence: LSD does not cause memory loss. Period. There are plenty of drugs that do, though, so I’m confused why the writers chose this specific drug for Joe’s epic blackout during which he’s convinced that he murdered hot neighbor Delilah. Also, why was Forty (why???) able to recall every detail of his night and Joe can’t remember a damn thing? They took the same drug, right?

Also, question for Forty: if you’re trying to have a really productive night, drugging your writing partner with a hallucinogen just doesn’t sound like it’d be a good idea. I can barely write a 1,000-word Betches story on iced coffee, so I can’t imagine having to bang out an entire script on f*cking acid. Forty also never really explains why he thought slipping the brains of the partnership a hallucinogen was a good call, so I’m doubly confused. It seems like it would have made more sense for them to rent a WeWork room and bang out a few pages before calling it a day.

Ah, another very obvious murder staged as a suicide. If the police were to believe this was a suicide and not a troubled teen committing her first of many murders, they’d likely want the knife that the au pair supposedly used to confirm. However, had they done that, they would have found baby Love’s fingerprints all over it and filed a cute little manslaughter charge against her.

The Quinn family, who are supposed to be super loaded yet their only real asset is *checks notes* a health food store (sounds like MLM but okay), covers up the murder like it ain’t no thang. When I was in high school, I could barely manage to cover up skipping track practice to hang out with my boyfriend, let alone killing my babysitter in cold blood (and in broad daylight) and framing my brother for it. If Love wanted to kill the nanny and make it look like a suicide, why not just take a note from Henderson’s book and slip her a little too much GHB? Not that I spend my days thinking about how to kill the people I hate without going to jail for it, but drugs seem like the most obvious route to take.

I know this is really specific, but how in the actual f*ck did Joe manage to bring the fiberglass soundproof cage with him from New York to L.A.? I once left a West Elm sofa in Atlanta because I couldn’t figure out how to get it from there to New York without spending more than the sofa was worth, but you’re telling me that a bookstore clerk moved a small building across the country? Bitch, please. Also, did he just steal it from the bookstore in New York or have a new one made? I know this seems like a really niche detail, but since most of the scenes take place in the storage unit, I have a lot of questions re: its cross-country journey.

Another issue I have with the cage is what it’s used for. I feel like this is a little much for old books, no? Like, the Declaration of Independence has a protective case, but not its own freaking house. Why do rare books from what seems like a run-of-the-mill bookstore get their own bulletproof mansion? It honestly seems like this cage was built for people to get murdered in, which is totally fine by me, but let’s stop pretending it’s saving old books from ruin and call a spade a spade, mmkay?

The absurd names aren’t really a plot hole, but they are on this list because I need an explanation. In my opinion, you can’t name two of the main characters Love and Forty without some sort of reasoning behind them. All I know is that they are tennis terms, but since there is only one tennis scene in this show, I’m really f*cking confused—especially because the tennis scene was reminiscent of the one from Bridesmaids in that they all suck ass at tennis. It would be one thing if all of the characters had ridiculous names (they’re in L.A., after all), but I just feel like you can’t have some characters with names like Joe, Ellie and Candice and then have a few more named Love and Forty. WTF, Netflix? Aside from the fact that the twins’ names are weird af, I also don’t understand why one twin is named zero, essentially, and the other is named after the score just before match point. I’m seriously confused. Were Deuce and Fifteen taken by another teen thriller?

Did I miss any massive plot holes? Let me know in the comments! XOXO Gossip Girl