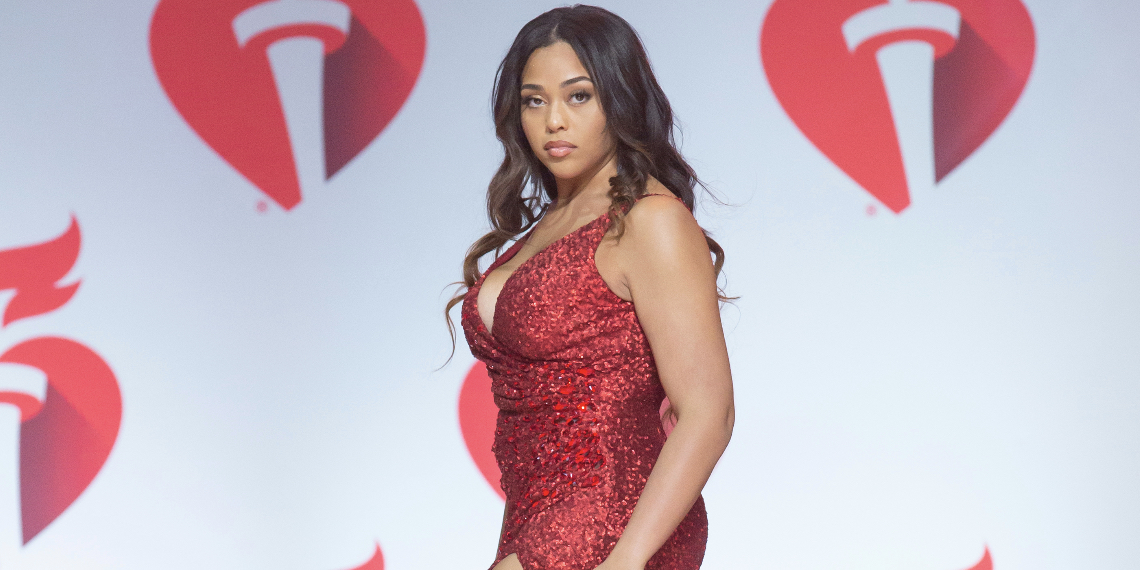 Well, well, well, it looks like Jordyn Woods went from being called the “unidentified friend” in tabloid captions to being a household name overnight. I’m sure my girl Khloé is binge eating Halo Top (because Tristan isn’t worth the extra calories of Ben and Jerry’s) and wallowing with a mix of sappy break up ballads and sassy, empowering songs (Ariana Grande’s new album really couldn’t have come any sooner). Tristan has his basketball career to fall back on, and is a male, so he hasn’t been too affected by the cheating scandal. Jordyn, on the other hand, has lost everything. She lost her second family, her career as a Kardashian-adjacent person, and probably a lot of friends as well because she met Kylie through social overlap (specifically, mutual friend and failed Twitter philosopher Jaden Smith). While she’s worth around $5 million, one could argue that she got a number of jobs from the Kardashians, such as modeling for Yeezy and Khloé’s Good American, and working with Kylie on her cosmetics line. So all that’s gone to hell. Her other “jobs” include plus-size modeling, having an athleisure that no one’s ever heard of, and being a part-time DJ. Let’s face it, being a full-time DJ is hardly a career either. So we compiled a list of potential career paths Jordyn Woods can take now that she can’t benefit from being an honorary Kardashian.

I got your back @khloekardashian !!! Repost! Xoxo #pumprules #kuwtk

If you thought that I would be able to write an article without mentioning Vanderpump Rules, you are mistaken. So, I’m not sure if this is true or not because this “insider information” is from James Kennedy, but it would be amazing if Jordyn replaced Faith at SUR. Or any of the cast members, for that matter, because it’s obvious that none of them work there anymore except for James. Half of the cast has gotten their sh*t together, so their drama is so obviously contrived for the cameras. And the other half (and by other half, I solely mean Jax) just repeats the same scumbag storylines over and over again.

This show needs new blood, and this restaurant needs servers who aren’t so obviously after Instagram fame. Also, can we talk about the fact James is Team Khloé here? Literally all of the girls who are trying to ruin his life are buddy-buddy with her—including Kristen! Every girl knows the true sign of friendship is hating the same people, so don’t bother trying to sidle up to Khloé. Also, James, you’ve been caught cheating a million times. You’re Team Khloé on the streets, but Team Tristan in the sheets. You and Jordyn would get along swimmingly. Jordyn and Raquelle though? Not so much.

Gotta be honest, I have no idea what this show is like. All I know is that Faith from Vanderpump Rules was on it. If this show was her fallback plan after she nearly broke up Jax and Brittany, then it’s a solid fallback plan for Jordyn as well. Also, being on any reality show is better than being on Life of Kylie.

Capitalize On Being A Social Media Influencer

I have often said that social media influencers are the absolute worst because the whole thing is so, so dumb. But if Jordyn is dumb enough to sleep with her best friend’s sister’s baby daddy, then I think she has the mental capacity to become the next Julia Rose, easily. After all, she does this kind of “work” already, and since the scandal with Tristan broke, her following has been increasing exponentially. So she already has a career that’ll last her until Instagram meets the same fate as Snapchat or Facebook. She probably won’t be as viable to hawk pricier items like Suspicious Antwerp or Danielle Guizio, however, I’m sure FabFitFun, DiffEyewear, and SugarBearHair are all chomping at the bit to send her free product.

Next time my parents call me a fuckup I’m just going to explain to them who Jordyn Woods is.

Out of all of her options, this will grant her the most longevity. Believe me, I definitely, definitely know that novice writers don’t make much money. However, Jordyn’s foray into writing a tell-all about America’s royal family would rake in tons of money. They definitely have so much crazy sh*t going on behind the scenes that they keep even the worst people in their inner circle around because they know where the bodies are buried. After the book is released, she’ll have a whirlwind press tour where she tears up with Oprah Winfrey and does some lame-ass game with Jimmy Fallon. It will inevitably end when Ellen Degeneres overdoes it (yet again) by scaring her or doing some other beat-to-death jokes. Yet Jordyn will persevere because there will be a television series, documentary, film, etc. made from this. She’ll be reaping in royalties for years.

If Jordyn can market Kylie’s lip kits, then she can market any kind of makeup. I mean, most of Kylie’s makeup line can only be worn by people who work at Hot Topic, people partying on Pride Day, and people who attend Electric Daisy Carnival. So Jordyn could easily start her own makeup line, especially if she stocks up on the Jordyn lip kits while they’re on clearance and then re-sells them at a profit. And, to be fair, she did just launch her own line of false eyelashes right at the peak of this cheating scandal. I mean, if Lala Kent can create a beauty line centered around herself being a rumored home-wrecker, then surely Jordyn can market a line of highlighters and uninspired liquid lipsticks with names like “Tristan”, “True”, and “The Makeout”. I mean, I wouldn’t not buy it.