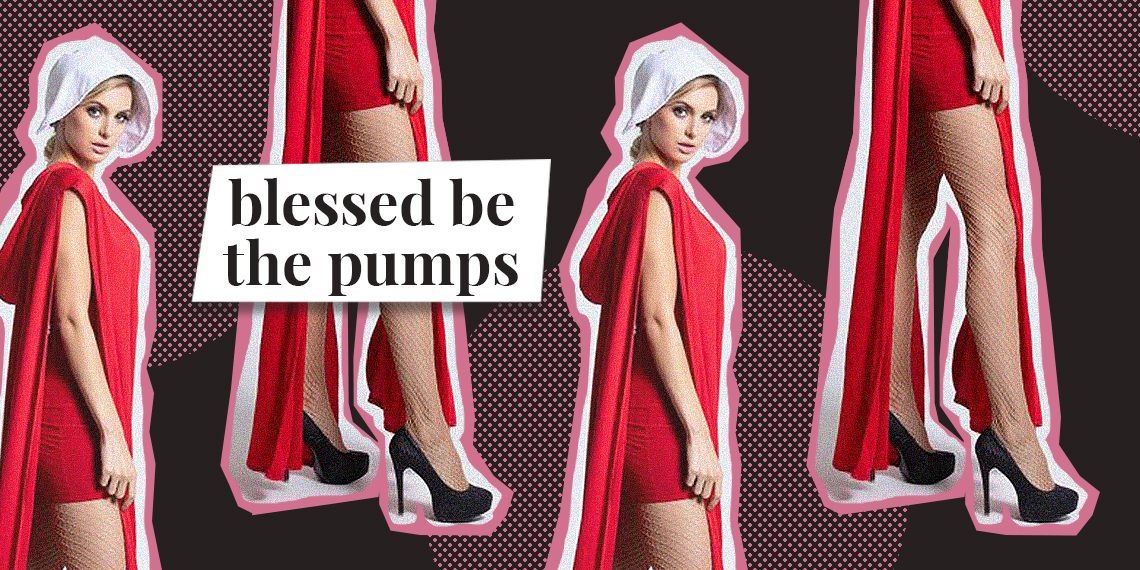 Halloween might seem like a juvenile celebration for children to gorge themselves on sugar and for adults to explore their creative side, but, like most loose holidays, it’s also a reflection of American society. Some people use a costume or a mask to expose how sh*tty of a person they are. But in 2018, we should not still be doing this. It shouldn’t be that hard to dress up as something inoffensive. And before you go all “wah wah PC culture is destroying America and freedom of speech,” one, look up how the First Amendment works. Two, you can still be funny without being a dick. And I’m going to go over, for the people in back, some Halloween costumes to avoid.

Sooo, this Yandy costume was thankfully pulled off shelves after public outcry, but what the actual f*ck? The Handmaid’s Tale is about a tragic dystopian society which accurately shows where we’re heading in the US where women are stamped down and abused, and yet they make it sexy for Halloween? Whatever you do, don’t be this person.

Thanks to @sin_lizard for reminding me we’re fuct as a species. #sexyhandmaid

To be fair, the only offensive thing about this costume is how much it’s selling for, but it still falls under the umbrella of Halloween costumes to avoid. Urban Outfitters wants you to spend $59 on a crop top and leggings (jacket not even included!) to look like a sad Kim K knock-off and is selling it as an “influencer” costume. It’s not a costume, it’s embarrassing, and do not fund this kind of sh*t.

Guys. I just. Like. Why must I tell you that dressing up as Anne Frank or any kind of Holocaust survivor is totally f*cked up?? Hi, I’m a Jew. Well, half a Jew, but it’s on my mom’s side, so I’m a full Jew in the eyes of the people who matter. Anyway. Nazis are not cute. The Holocaust is not cute. If you want clarity, talk to my entire family in Austria. Oh wait, you can’t, because the ones that didn’t make it to America died in the Holocaust. It’s a horrific tragedy that we’re scarily close to recreating and it’s not a costume. Anne Frank is not a cute literary character. Don’t do it.

On that note, being a sexy refugee is also SO NOT OKAY. Not a Syrian refugee, not a US border-crossing refugee, all of it is a hard no and you’re an insensitive jackass. This also includes any costumes that have to do with immigration issues.

Bill Cosby, Jared from Subway, etc. is not an appropriate costume. It’s weird that we’re in a place where I have to tell you that rape—and therefore rapists—are not funny, but they are not funny, you sick f*cks. It’s not a costume, it’s a tragic reality for many, many people so let’s forget about them when we try to enjoy our Halloween festivities.

Our generation is so desensitized